Driving has its inherent dangers, but weather conditions can increase the odds of a crash considerably, and fog is one of the bigger culprits. If you can’t see a car before it’s too late, you might rear end it before you can apply the brakes — something that also happens too often during heavy snow fall. There’s not much you can do about that except hope others notice you’re in front of them…or mount a laser to your bumper that projects visible guidelines to anyone who might be behind you.

A new tiny laser light designed to be mounted on car bumpers remedies that situations (theoretically, at least) by projecting a horizontal bright red light across the road behind your car, leaving a distance of 15 or 20ft. between it and your car. 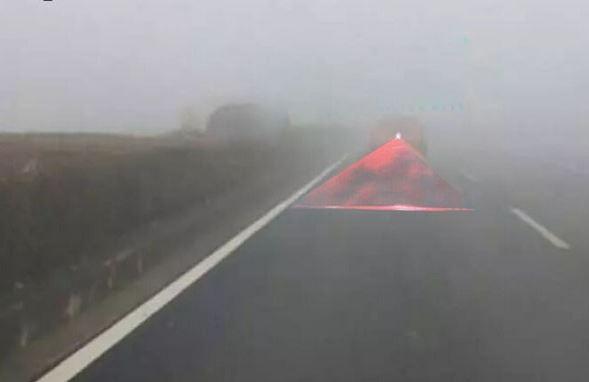 This light would serve as a guide for any cars that are behind you; they might not be able to see your car through the fog or snow, but they’ll see that bright light and know that you’re there and they should stay behind it less any rear ending incidents happen.

The laser includes the necessary power cable, and features turn indicators to further increase safety. The light is estimated to work for 10,000 hours during its life time, and can handle temperatures as low as -20C and as high as 60C. It’s priced at $11 USD.