Per the Jefferson County Public Health (JCPH) department, “risk for getting plague is extremely low as long as precautions are taken.” In this case, that means people should stay away from wild animals, and “eliminate all sources of food, shelter, and access for wild animals around the home.”

JCPH also recommended that citizens in the area should “avoid contact with sick or dead wild animals and rodents.” Citizens with pets were told to consult with their veterinarian about flea and tick control, and to avoid allowing pets to roam freely outside the home “where they may prey on wild animals and bring the disease home with them.”

On the 12th of July, 2020, XinhuaNet published a report from local health authorities in north China’s Inner Mongolia Autonomous Region about a case of bubonic plague. One case was reported, and “a total of 15 close contacts” were released from quarantine for medical observation on Sunday.”

The plague prevention and control headquarters in Urad Middle Banner, Bayannur City in the region announced that they’d ended Level IV emergency response for the appearance of the plague on Sunday. The one case in the region found in a human patient seems to have been fully contained after discovery on July 5, 2020.

Per the CDC, “Today, modern antibiotics are effective in treating plague. Without prompt treatment, the disease can cause serious illness or death.” 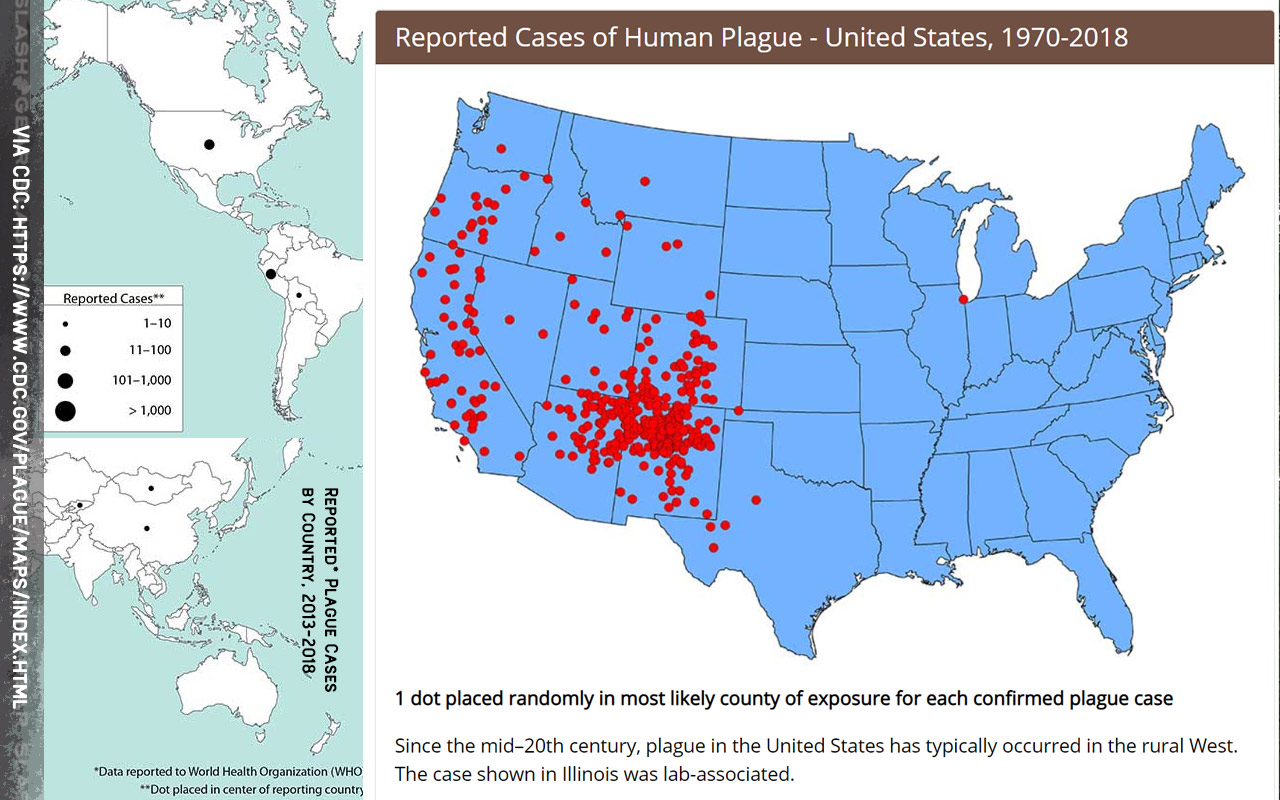 That one squirrel, though – that squirrel has very, very bad luck. NOTE: Bubonic means “causing or characterized by swollen inflamed lymph nodes in the armpit or groin.” It’s not pretty. Keep your gerbils out of the streets!