BRX confirms it will participate in the Dakar 2020 rally

The dimension changes required BRX to make some significant changes to the drive train, suspension, and bodywork for the vehicle. The suspension geometry had to be reconfigured utilizing longer wishbones and dampers. Larger brakes were included, thanks to the 17-inch wheels. Adding the significantly larger tires increases the drivetrain load, so the driveshafts and differentials have all been modified.

To accommodate the wider track, almost half of the bodywork was redesigned. The bodywork was also restyled to suit the new regulations while keeping the same distinctive look the Hunter is known for. Thanks to the redesign of the bodywork, a large windscreen was fitted with a new programmable wiper to improve driver visibility. 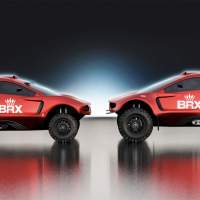 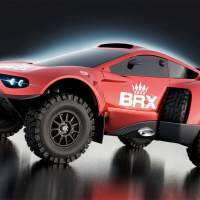 The onboard jacks were improved by making them lighter and stronger with the ability to lift the car faster. Those jacks also respond to an electric pump for additional reliability. Since the T1 car was redesigned, its first outing was at Baja Aragon. The T1 did very well at the event, with pacesetting times on eight of the 11 sectors of the rally. The first T1+ car is currently being built and will run for the first time in September.