For a while we thought smartphones would start to adopt the idea of having built-in projectors but that never hit the mainstream. For those still looking for such an option and have a new iPhone 4S loaded full of pictures and videos of friends or family Brookstone has you covered. Showing off their iPhone 4(S) DLP projector case sleeve at CES 2012.

Announced late last year many still haven’t seen or heard of such a device so we figured a few quick photos would give you a good idea of what to expect. This pocket projector is basically an iPhone 4/4S battery-equipped case featuring TI’s DLP Pico projector technology. It will extend the battery life almost double offering a 2,100 mAh battery, and also doubles as a case — just a bit fat and not very ergonomic. 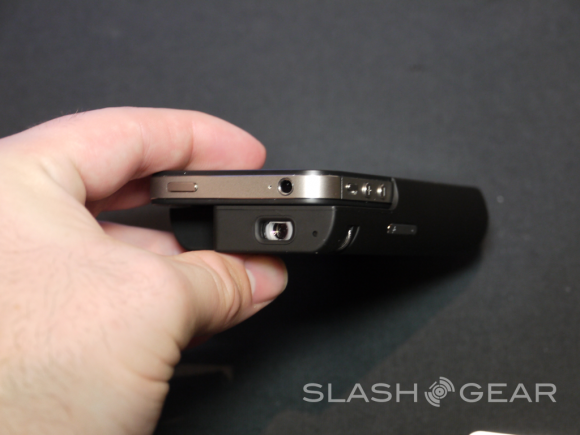 The Brookstone projector case/sleeve only outputs around 15 lumens but being able to project an image up to 50″ in size is quite impressive for its size. 15 lumens might not be as bright as many pico projectors but they aren’t attached to a smartphone either. The projector isn’t anything professional but for the quick video playback or low-key presentation this would be perfect. In real world situations the built-in battery should give you more than double the battery life — but while projecting pictures and movies you’ll have around 3 hours to work with.

Just recently launched by Brookstone this can be yours for the low low price of $229 by clicking here. 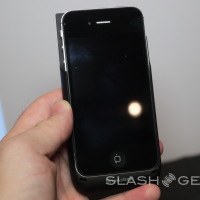 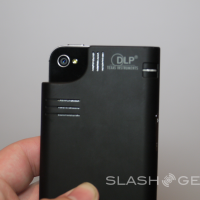 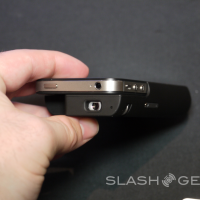 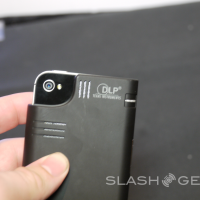 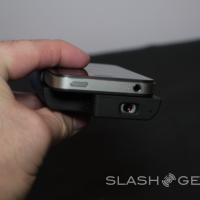 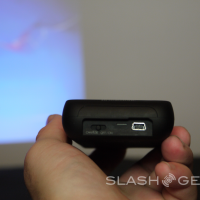