Brexit voters Googling “What is the EU?” after voting Leave

Google says top searches in UK following Brexit vote inquire what the European Union actually is. What better time to find information on the EU, the subject that you JUST voted on, than right after the vote has been cast? It’s like interviewing someone after you’ve hired them with a lifelong contract. It’s like drinking a glass of liquid, asking what was inside only after you’ve swallowed.

It’s like closing your eyes, driving your car until you’ve crashed, then opening your eyes to assess the damages. Better than that, it’s like driving your vehicle directly into a wall, then blaming the wall for being solid. THEN expressing surprise that nobody warned you.

Other questions on the list of questions asked by people in the UK of Google since voting results were officially announced include the following, in order of most-asked: 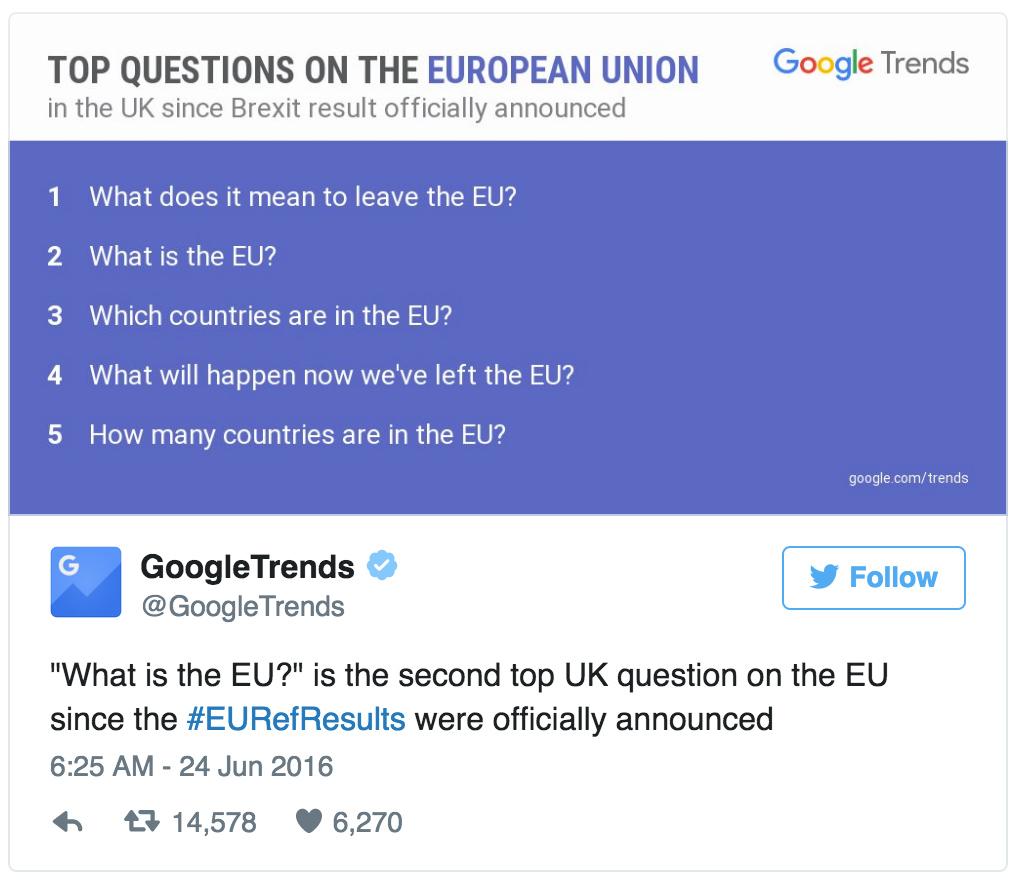 So people who voted on this referendum didn’t know what they were voting on. 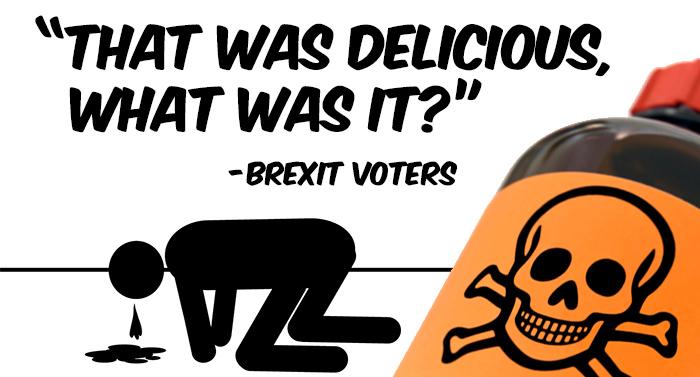 We hope that when the USA votes for the President of the United States this November that the biggest search term in our country isn’t “Who is this candidate and what do they stand for?”

Instead we hope you head to Google NOW and attempt to find out everything you can about the candidates and subjects you’ll be voting on later this year. Don’t let your country’s democracy be railroaded by people who vote without knowing what they’re voting for.