Scientists around the world are working on solutions that will help people who have paralysis to lead a more normal life. With the popularity of smartphones and tablets, one of the routine tasks that most of us take for granted is being able to control tablets and smartphones. For those with paralysis, controlling electronic devices is often impossible.

Brown University researchers are conducting a trial dubbed BrainGate and have created a brain-computer interface (BCI) that allowed three people who have paralysis to do everyday tasks on smartphones and tablets. The tasks included things like chatting with family and friends, shopping online, and using other tablet functions. These tasks were completed by thinking about what they want to do, and clicking a mouse.

The three participants in the study had tetraplegia, and each of then used the BrainGate BCI that records neural activity via a small sensor that was placed inside the motor cortex of their brains. Using that BCI, each of the participants was able to navigate through commonly used tablet programs like email, chat, music streaming, and video sharing apps.

One of the participants was a musician and was able to use the BCI to play the Beethoven classic “Ode to Joy” on a digital piano interface. The BCI interface allows the control of on-screen programs and commands when the users think about moving their hand. BrainGate’s implanted sensor is about the size of a baby aspirin and detects the signals associated with hand movement. 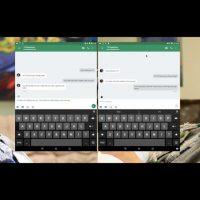 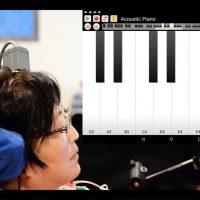 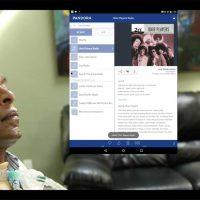 Other tests and studies have shown that users can leverage implanted sensors and BCIs to move robotic arms and regain control over their limbs. Two of the participants in the Brown University study had weakness or loss of movement of their arms and legs due to amyotrophic lateral sclerosis (ALS), this is a progressive disease that affects nerves in the brain and spine that control movement. This trial used neural signals from the BrainGate BCI routed through a Bluetooth interface that was set up to function as a mouse. That mouse functionality was paired with an unmodified Google Nexus 9 tablet.