Brabus B45 hops up the Mercedes-AMG A45 S wagon

One of the interesting performance cars that Mercedes produces is the Mercedes-AMG A45 that is powered by the most potent four-cylinder production engine in the world. Brabus is a tuner that frequently turns its hand to Mercedes performance vehicles, giving them more power and improved styling. Its engineers have laid hands on the 2.0-liter turbo engine, made it even more powerful, and gave it a three year or 62,000 mile Brabus Tuning Warranty.

The tuned vehicle is called the Brabus B45, and it produces 450 horsepower and 406 pound-foot of torque. That’s V8 levels of power and torque from an engine with half the displacement. After the tuning is complete, the all-wheel-drive sports car can reach 62 mph from a standstill in 3.7 seconds.

It rides on special custom Brabus Monoblock Z 20-inch wheels for improved looks and special springs that lower the car by 1.2-inches. Brabus B45 buyers can also choose other exclusive accessories to make the interior of the car sportier and more customized. Brabus promises that its tuning unleashes more power from the turbo engine without impacting its robustness or durability.

Engine tuning includes a Brabus PowerXtra CPC auxiliary control unit and the Brabus BoostXtra adapter. The latter device allows the engine to make a blow-off noise like a racecar. Modifications also include a special duct for the airbox. The special tuning increases peak horsepower by adding 29 horsepower and increasing peak torque by 37 pound-foot. 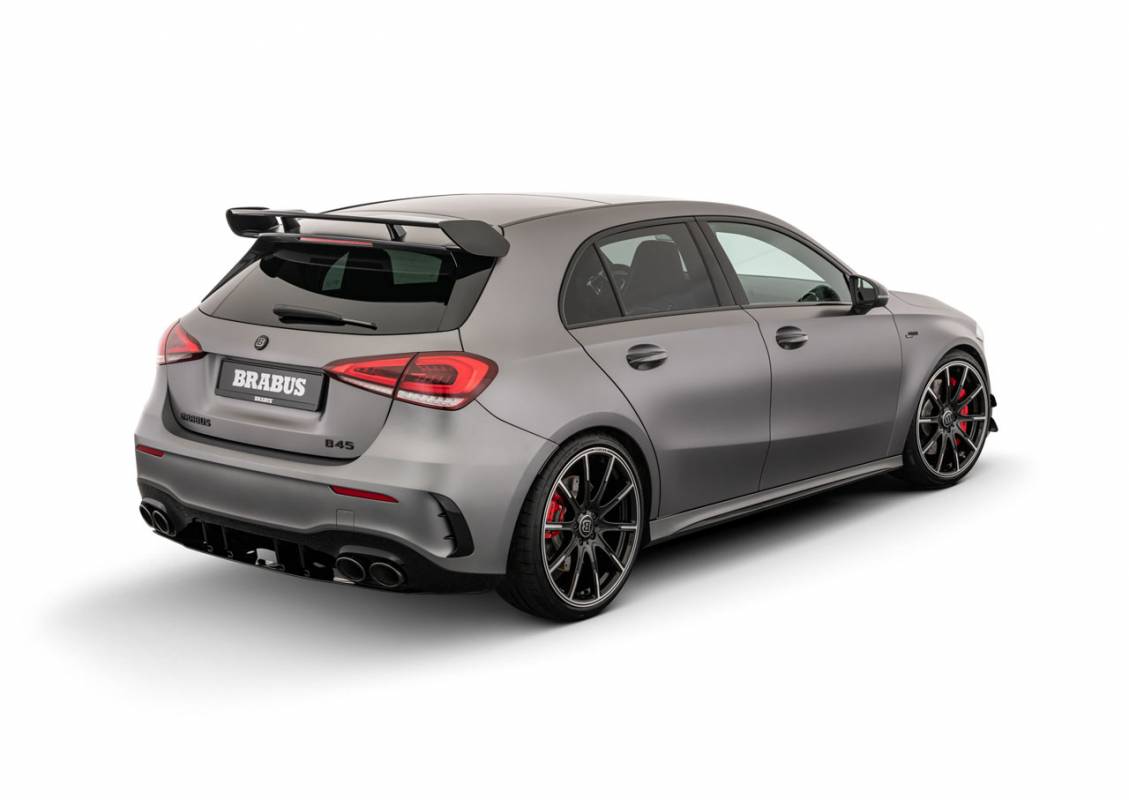 Brabus B45 remains electronically limited to a top speed of 168 mph. The bulk of the car’s bodywork remains unchanged from stock, with only the special wheels and lowering springs modifying the looks. The wheels are also fitted with stickier tires from Continental.