Ahead of Google’s phone event early next month, a leak has surfaced showing the Bose QuietComfort 35 II headphones with Google Assistant baked in. The original leak has been rounded out with a later one that includes photos of a retail box supposedly belonging to the headphones — the box confirms the Google Assistant inclusion.

Apparent confirmation of the QuietComfort 35 II leak first surfaced via 9to5Google, which reported that it has seen documentation for the Bose headphones that detail the Google Assistant integration. Assuming it proves true, that will make this Bose model the first wireless headphones to feature Google’s personal assistant built-in. 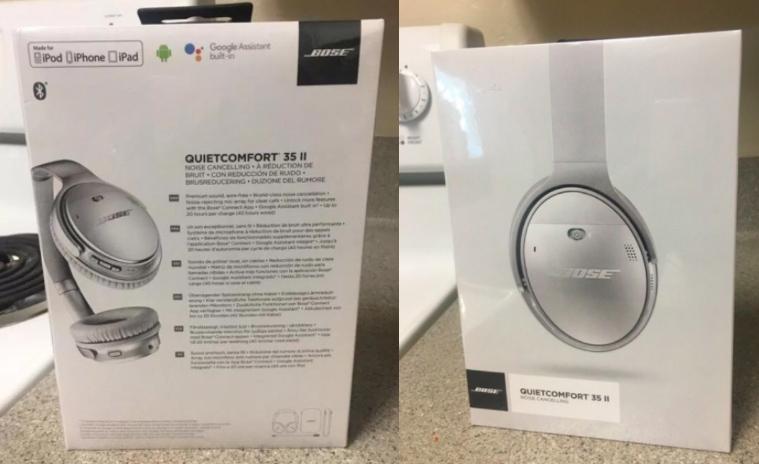 These headphones build upon the original QuietComfort 35 model, and per the leaked retail box image (itself from Redditor BlacMac), we know this model will have noice cancellation, obviously they will contain a microphone if they work with Google Assistant, and the box shows them as being compatible with both Android and Apple devices.

Oddly enough, that Redditor claims to have spotted the retail packaging on an unspecified selling app, where s/he captured two screenshots of the box. Because they’re captured screenshots, both images are low-resolution and it is impossible to read all of the listed text. The only other readily discernible feature is that the upcoming QuietComfort headphones have an over-ear design that will look similar to the original model.