For as long as vehicles have been around, they have had the same basic system for helping to keep the sun out of a driver’s eyes. The visor, as we know it, is a flip-down solid piece that shades the eyes, sometimes with little effect. The researchers at Bosch say that sun glare causes thousands of automotive accidents yearly, nearly two times as many accidents as any other weather condition.

The Virtual Visor is a single, transparent LCD and a driver-facing camera with AI facial detection and analysis along with tracking software. The system is a transparent LCD and camera that replaces the traditional sun visor complete. The tech would intuitively block the sun’s glare and not block the view of the road ahead.

Bosch notes that the Virtual Visor has won a Best of Innovation in the CES 2020 Innovation Awards. The system would use the camera and AI to locate the driver within the image. It also uses the AI to identify landmarks on the face to figure out where the eyes, nose, and mouth are.

The system darkens only the section of the display that lets light hit the driver’s eyes. The rest of the screen would remain transparent to prevent blocking a large portion of the view from the driver. The team says that it learned early in development that users adjust the traditional sun visors to cast a shadow onto their eyes. 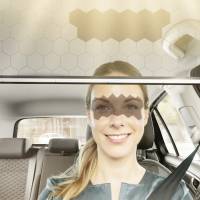 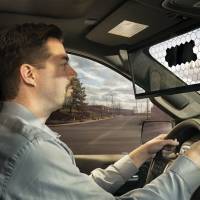 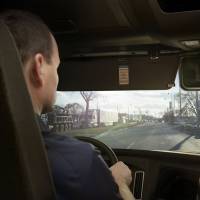 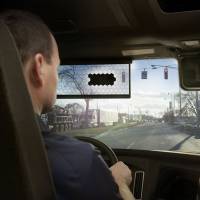 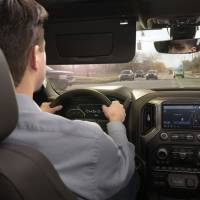 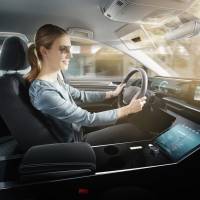 The realization was profound in helping the team to simplify the concept and fuel the design of the technology. It’s unclear if the new Virtual Visor will be commercialized and when the tech might come to the automotive market.