It’s been a somewhat eventful week for the Borderlands movie in development at Lionsgate. Earlier in the week, Lionsgate released a teaser that gave us a “first look” at Cate Blanchett’s Lilith. There was just one problem: it was only a silhouette, and while the details that we could see suggested that Lilith’s movie look closely resembles Lilith’s game look, we were mostly left to our imaginations. Now, Lionsgate has done something similar for the entire cast.

After sharing individual teaser images for each major cast member, Lionsgate has now released a teaser image featuring everyone. Unfortunately for us, these are once again all silhouettes, so while some features can be discerned, it’s still mostly impossible to tell what any character actually looks like. 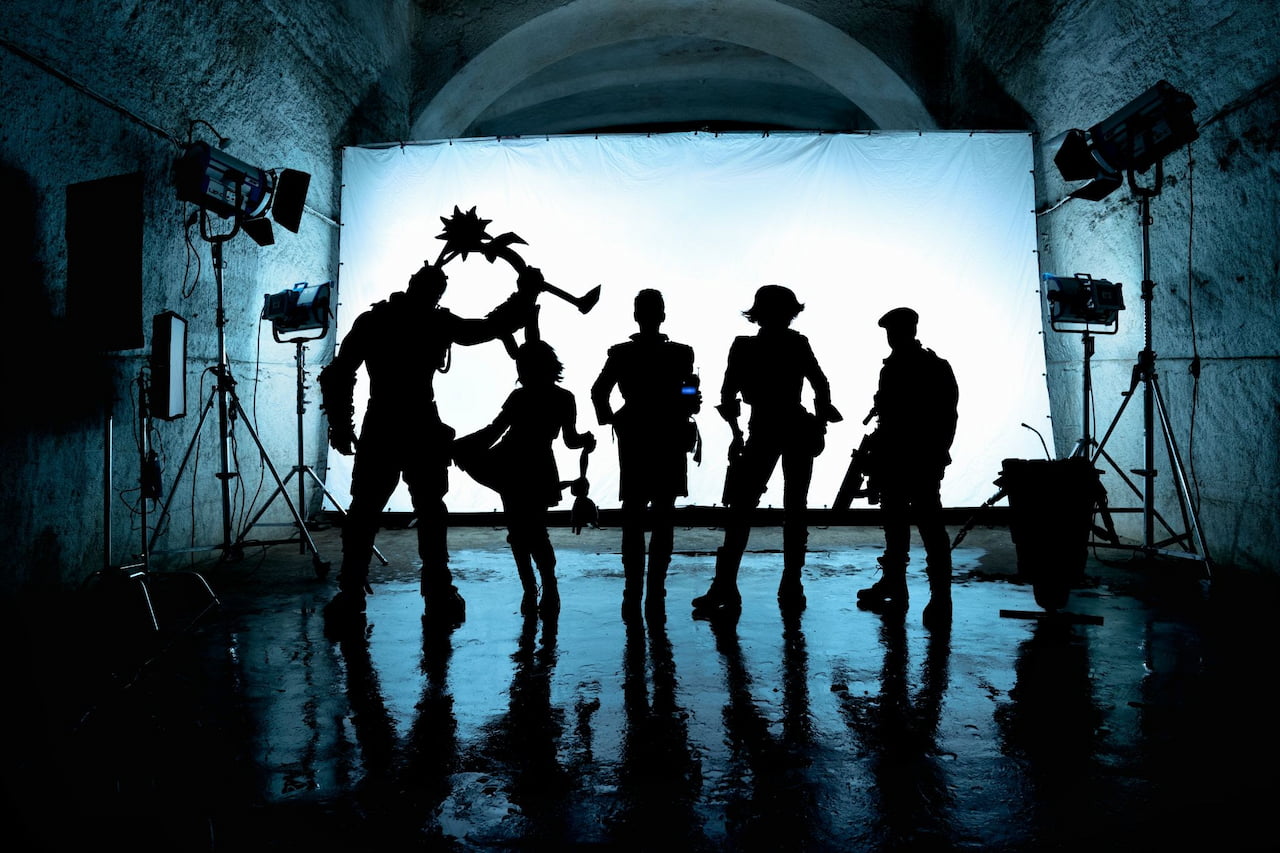 You can see the image embedded above. From the left, the characters depicted are Krieg (Florian Munteanu), Tiny Tina (Ariana Greenblatt), Patricia Tannis (Jamie Lee Curtis), Lilith (Cate Blanchett), Roland (Kevin Hart), and Claptrap (Jack Black). That’s quite the star-studded cast, and they’re performing an array of characters who appear across all three games in the series.

Now that the silhouette teasers have been tapped about as much as they reasonably can be, one has to hope that we’ll see the official reveal of these characters soon. Perhaps we’ll see the big reveal happen during 2K’s event at E3 2021? Rumor has it that 2K is looking to reveal a new Borderlands spin-off during the show, and revealing the look of all these characters at E3 could be a great way to build hype for the movie, even if it’s 2K’s show and not Lionsgate’s.

We’ll just have to sit tight and wait for Lionsgate to pull the trigger on those full reveals. Borderlands has been in filming since the beginning of April and doesn’t have a premiere date yet. We’ll let you know when more is revealed about the movie, so stay tuned.