It probably isn’t news to Android users that many, if not most, apps first launch on iOS, promising a later launch for Android. It has become a painful fact of life that many have accepted, as long as the promised Android versions do come. Rounds is definitely doing good by Android fans thirsty for more group video chats. A month after it surprised WhatsApp users, and probably WhatsApp developers themselves, Booyah is now landing on Android, featuring the promised ease of use that has made services like FaceTime popular.

How easy is it to use? Booyah practically has only one screen, so there’s no excuse about getting lost. You simply invite friends, as many as 12 people, for a virtual huddle. Those friends get a link to start the video chat going. It’s as easy as that.

As for those friends, they will mostly be from your WhatsApp contacts. The app was built for, though not limited to, WhatsApp. Once installed, it connects to your WhatsApp account to fetch the list of friends you can invite for a video chat. No signups needed. What if you don’t have WhatsApp? Sad, but at least Booyah won’t leave you hanging. It can also get your contacts from Facebook Messenger, Instagram, Snapchat, and more. But really, Rounds, the company behind Booyah, wants you on WhatsApp. 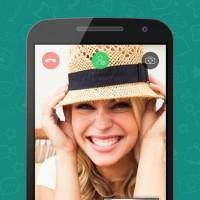 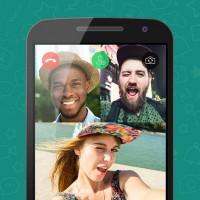 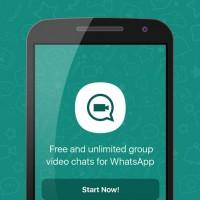 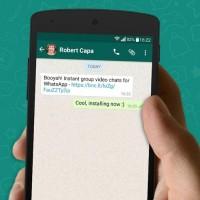 That said, Booyah has a rather large disclaimer that says it is not, in any way, affiliated with WhatsApp or any of its subsidiaries or affiliates. Still, its official name is Booyah Video Chat for WhatsApp so you won’t have any doubts what to use it for.

Booyah conveniently fills in a void in WhatsApp users’ social life, as the messaging service has yet to get in with the times and roll out a group video chat feature of its own. Given that day will inevitably come, there might be a chance it will find a way to shut the door in Rounds’ face eventually. For now, however, WhatsApp users can revel in the joys of having multiple conversation partners simultaneously, no matter where they are in the world.

Booyah for Android is available for free on Google Play Store.