Bob Ross Magic: The Gathering cards remind us everything will be OK

Bob Ross art can now be found on Magic cards. That’s Magic: The Gathering, the collectable card game, and Bob Ross, the painter. Ross’ artwork is included in a new box set of land cards in limited edition box sets, foil and non-foil. What better way to celebrate the passing of the year 2020 than with 10 land cards with artwork from The Happy One?

The cards from Wizards of the Coast are included in a box set called “Happy Little Gathering.” This set includes ten different basic lands – two Plains, two Islands, two Swamps, two Mountains and two Forest, as well as one Evolving Wilds card. Each of these cards includes a unique piece of art by Bob Ross. 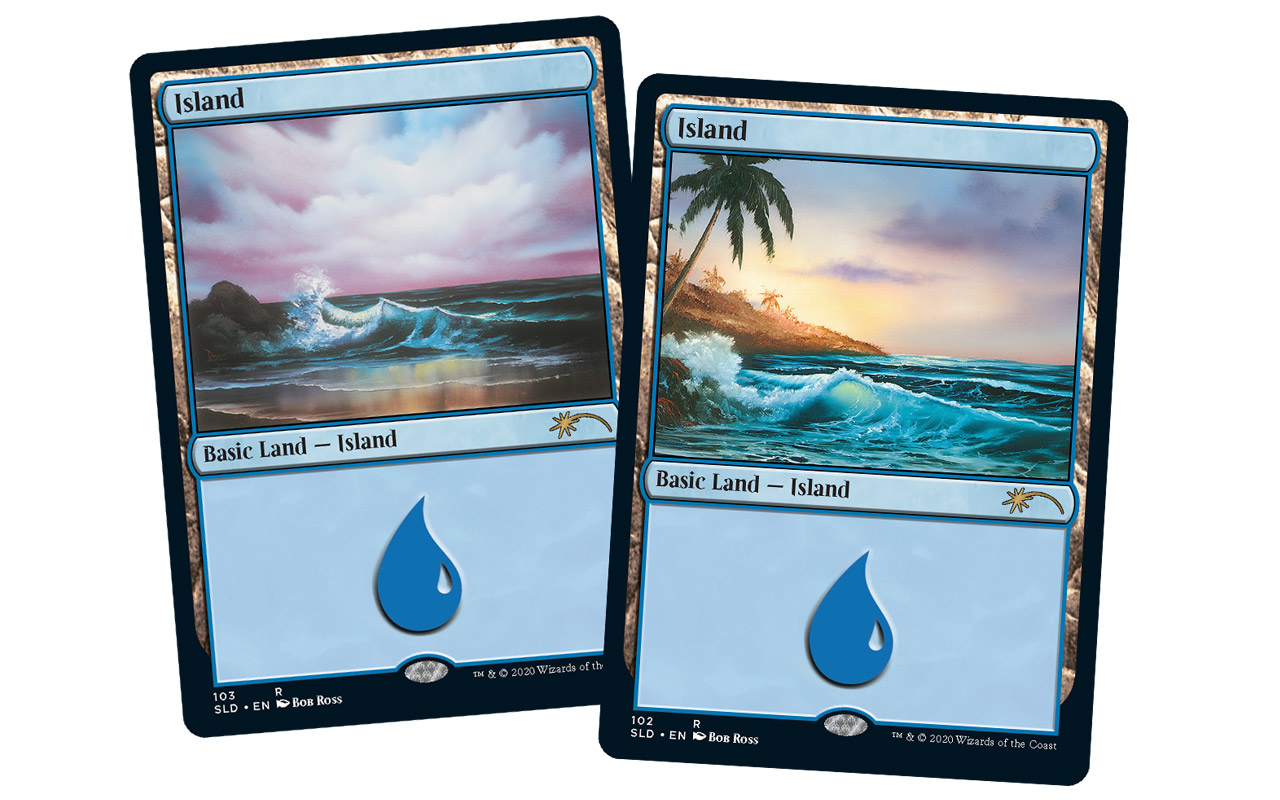 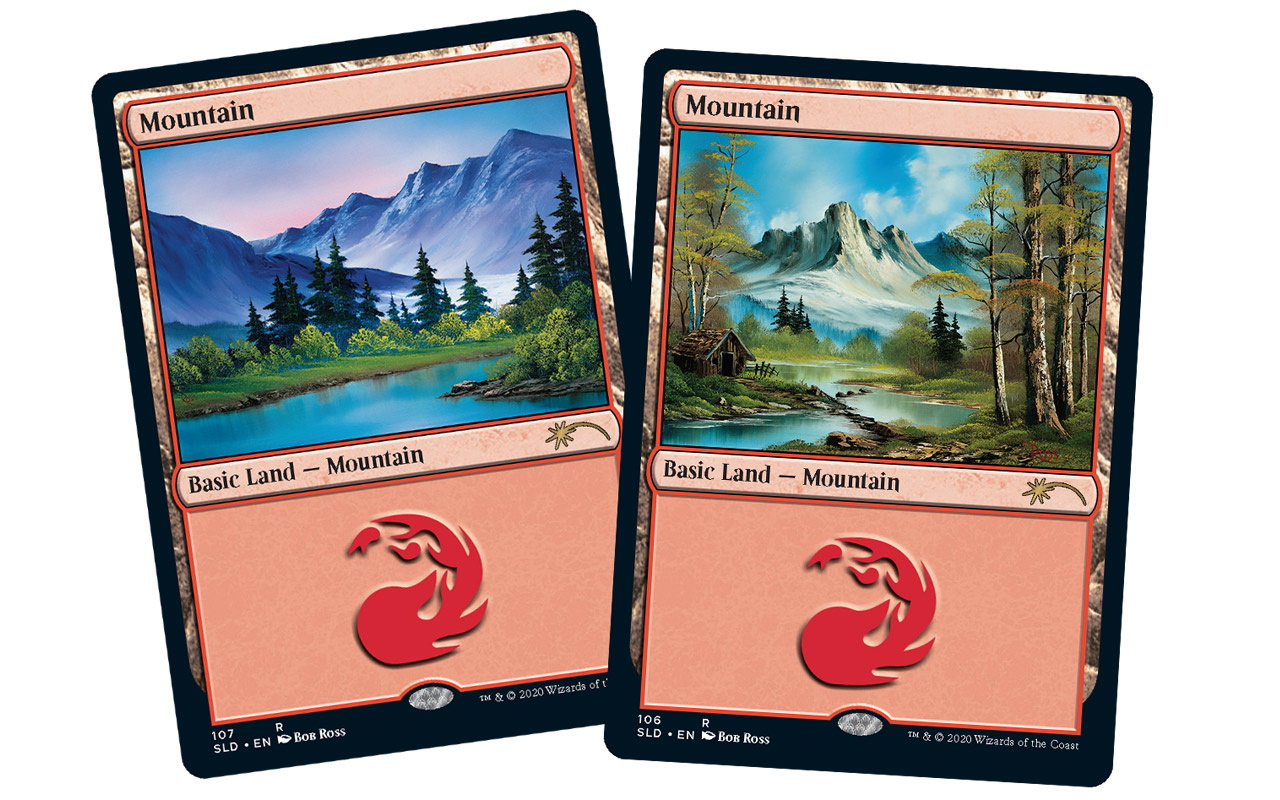 Above you’ll see the cards included in the Bob Ross set. The set will be available in two sorts: one for $30, the other for $40. One is foil, the other is non-foil. These cards have standard MTG backsides so should be ready to roll for your official tournament deck, if you do so choose to use them rather than just set them up for display. 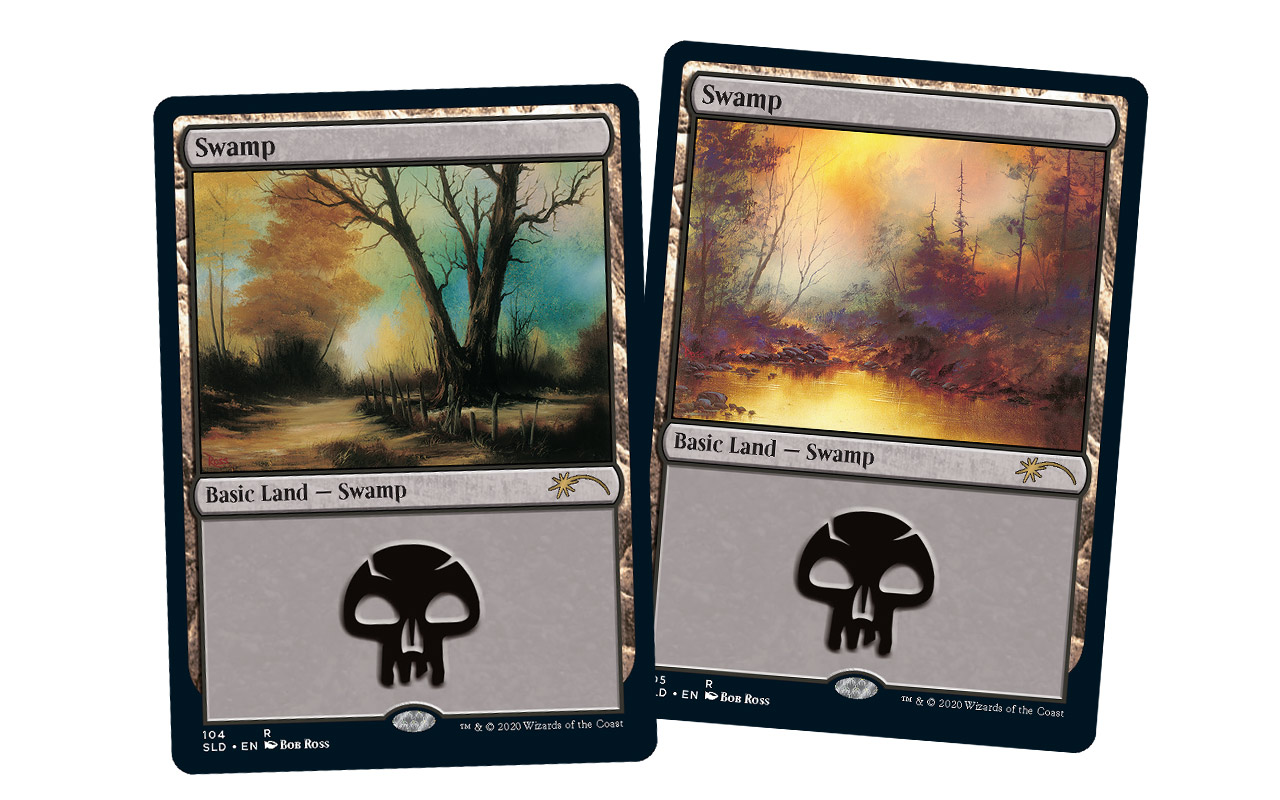 This is part of the Magic: The Gathering Secret Lair collection, a collection that’ll have several other “drops” in the near future. There’ll be a “Party Hard, Shred Harder” set of cards with artwork that is very METAL. 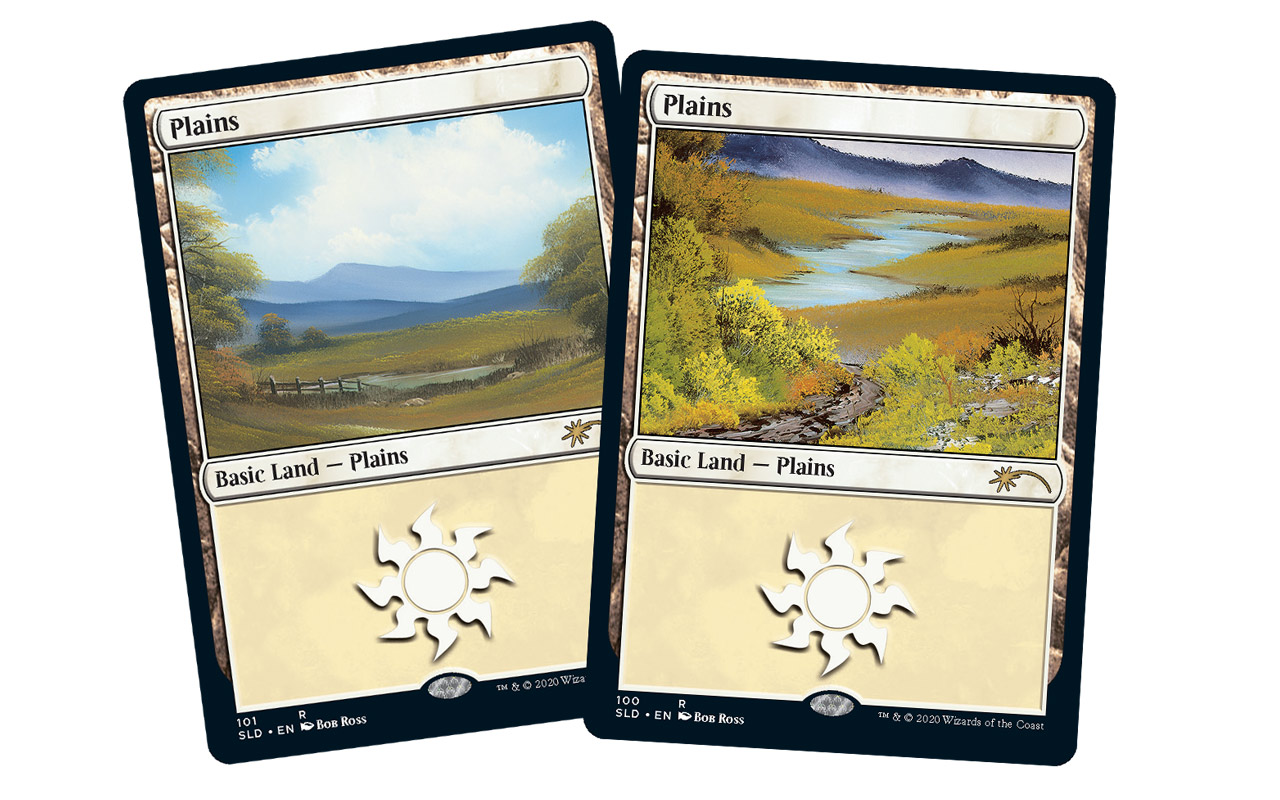 There’s a set called “We Hope You Like Squirrels.” They’ve got another artist series from Seb McKinnon! They’ve also got a “Secreteversary Superdrop” set of sets, including one with No Foils, No Nonsense, another called Foil Forever, and an ultimate bundle called “The Bundle Bundle!” 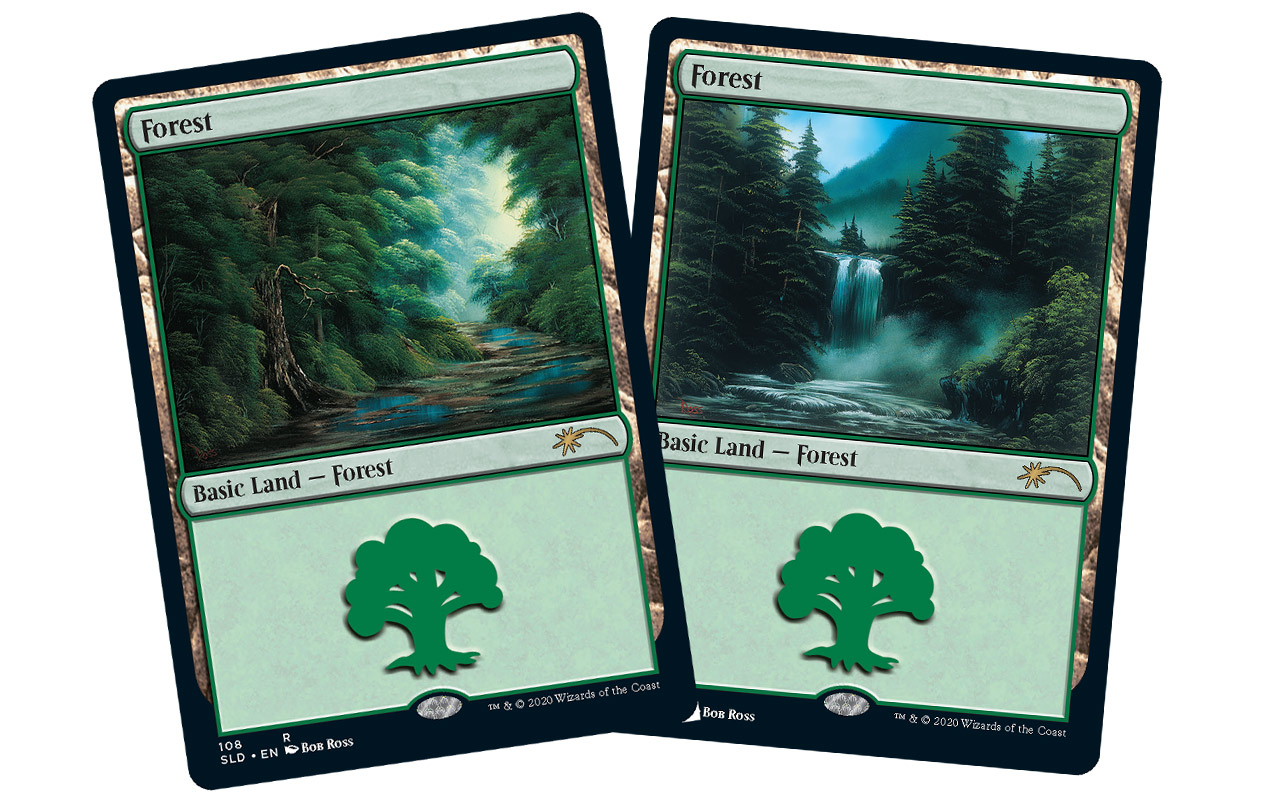 Release dates for this variety of bundles are all within the next few days. They’re set right inside of the Black Friday and Cyber Monday nonsense so you’ll be sure to have absolutely no money left by the time it’s all done!