Companies around the world are conducting lots of research into the future of mobility in cities. Research is being conducted by traditional automakers and by new startups looking at alternate methods of transportation. BMW Group Research has revealed two mobility concepts for the city with an e-scooter concept called Clever Commute and an electrified bicycle called Dynamic Cargo.

The electrified bicycle is a three-wheel design and has a compartment between the two small rear wheels for storing cargo. Dynamic Cargo is a compact cargo bike concept promising high agility, flexible usage options, and increased year-round suitability. It has a loading platform with attachments for transporting loads and/or children for leisure activities.

Researchers say that many cargo bike concepts are wider and longer than normal bikes due to the need to transport loads or children. The resulting additional weight and payload leads to restrictions of varying degrees compared to normal bikes, particularly regarding driving agility and handling. Researchers say they wanted to design a concept that retains the agility and driving feel of a normal bike while adding safe transport options. The concept also has a modular system for weather protection.

Clever Commute is an electric scooter designed for the last mile of transportation. It has an ergonomic design meant for everyday use, along with stability and compact dimensions. BMW Group Research says the size of the Clever Commute concept is ideal for park & ride with small dimensions that are ideal for carrying in the car. 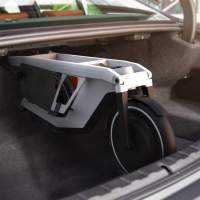 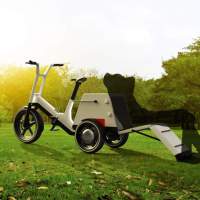 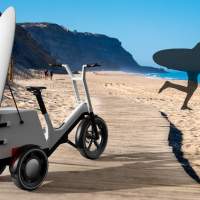 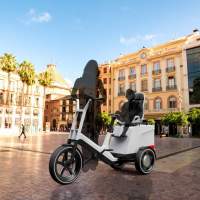 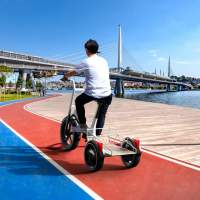 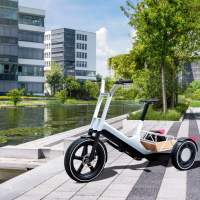 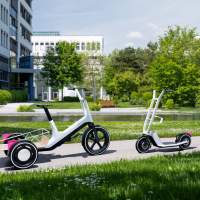 The Clever Commute e-scooter folds easily for carrying on public transportation or in the car without compromising its riding stability. In public transport mode, the footboard folds up at the sides in the rear wheel and pivots into the resulting aperture from below. The folding mechanism shortens its wheelbase substantially, allowing it to be carried on an escalator without issue. BMW notes it won’t build the Clever Commute itself but is in discussions to license the design to others.