If you make a list of the things most commonly lost, or stolen, by people, umbrellas would pretty much be part of the top ten. That might not be much of a problem if you have some rundown, second-hand, no brand umbrella. But if you have a Blunt, which sells itself as the world’s best umbrella, losing one would be like losing an arm or, worse, a smartphone. Luckily, Blunt has teamed up with tag marker makers Tile to gives their customers some peace of mind. At the price of buying a new umbrella, of course.

NFC and Bluetooth tags markers aren’t exactly new. These little blocks, some of them the size of a key fob, can be used to pair with a smartphone, attached to an object of importance, and then set to alarm when it goes beyond a certain distance. Some are even sophisticated enough to have their own GPS inside to make locating it even easier, though most just use a bit of Bluetooth wizardry to make that happen over shorter distances.

While you can definitely attach your tag of choice to an umbrella, Blunt or otherwise, there is definitely something to be said for one that comes with it built-in. Especially if you’re a fan of Blunt, whose features for umbrellas are definitely an impressive laundry list. The umbrellas work just like any Tile tag, within a distance of 100 feet and compatible with iOS or Android. There are two umbrellas being offered under the Blend + Tile promo. The Metro X_S + Tile is one that you can fold up and stow in your bag and costs $69. A regular sized Blunt Classic + Tile costs a higher $99 naturally. The umbrellas will ship in November. 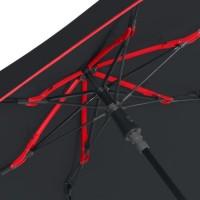 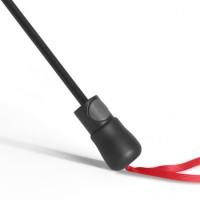 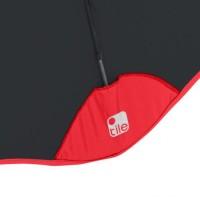 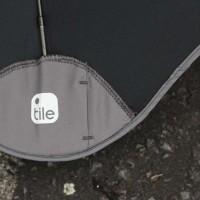 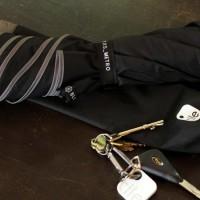 Pairing a location tag with an easily lost item such as an umbrella is definitely a smart idea, one that should definitely catch on as the number of devices with NFC and Bluetooth LE start growing. Now if only you could get Tile inside the Air Umbrella, because it is definitely something that people might be interested in “accidentally” taking away by mistake. That is, if it ever gets of the ground first.

SOURCE: Blunt
VIA: The Next Web