It’s that time of the year again when stores and brands make massive cuts in prices to entice people to spend their hard-earned cash on their products. There is almost a sense of whimsy and frivolity in some of the choices we make during this period, clicking on anything that may catch our attention or tickle our fancy at that very moment. It is, however, also an opportunity to make an investment in something that will be useful for months and even years to come. Fortunately, Bluetti’s Black Friday sale is now also upon us, giving buyers more chances to ensure that they’ll have power to use when things really go black. 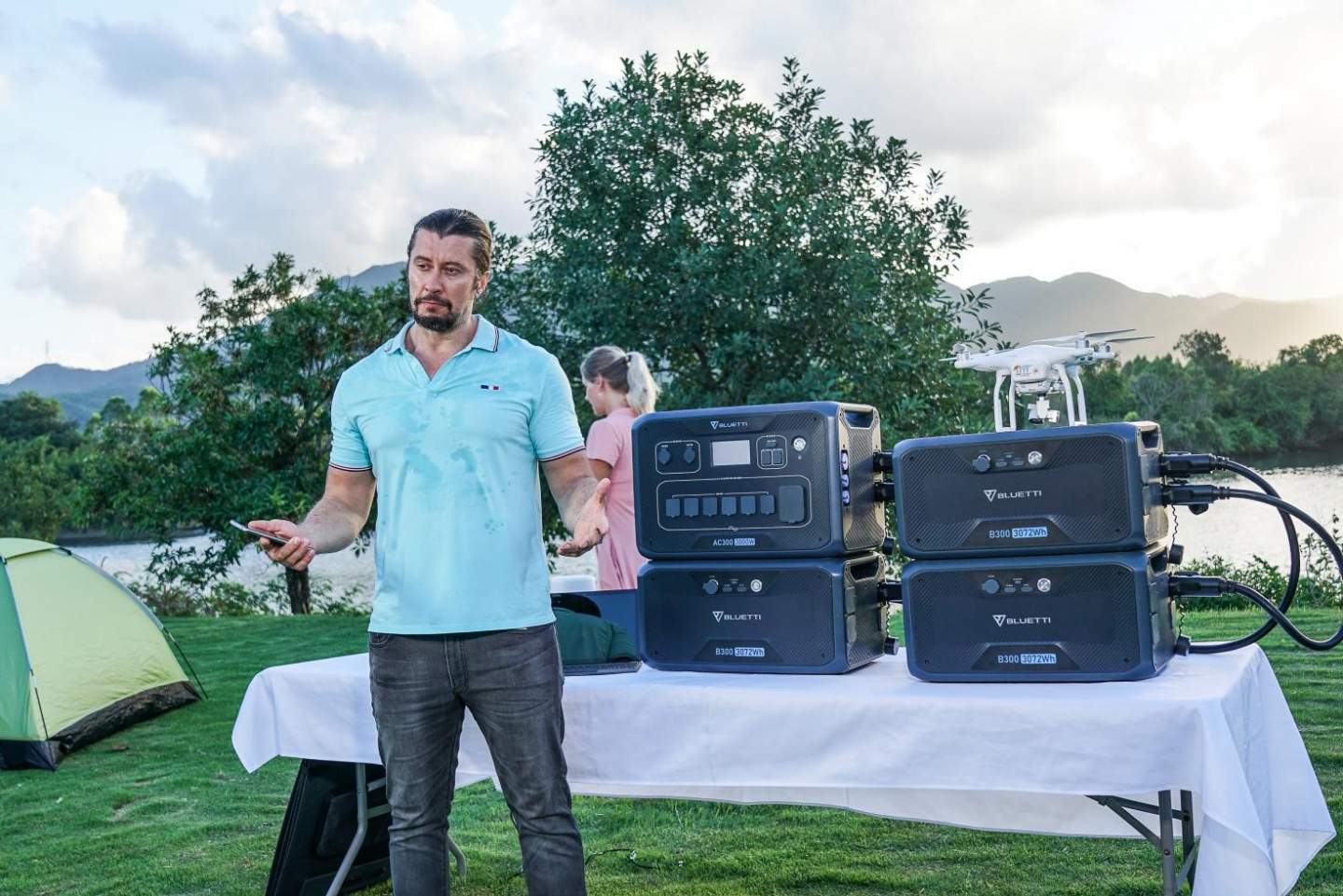 The AC300 itself doesn’t have a battery inside, but that doesn’t mean it is pointless and useless. It houses a powerful 3,000W pure sine wave inverter that actually makes use of all the power stored inside connected batteries. Those batteries come in the form of the B300 battery modules that can deliver a total of 12,288Wh of power if you connect a maximum of four modules to a single AC300.

The true power of the AC300 and B300 team is in the number of combinations it can accommodate, from charging simultaneously from both solar and AC to combining two AC300 units via the Bluetti Fusion Box Pro to power the entire house with 6,000W 240V 24,576Wh of sheer power. During this Black Friday Deal period, the $3,698 AC300 and B300 bundle will go for only $2,999, and you can even save up to $4,000 with other bundles available.

There might be times, however, when you’re prepared to compromise a bit on portability for the sake of convenience. That’s where the Bluetti AC200 MAX comes in, offering the best of both worlds in a single unit. While it does skimp a bit on some things, like the number of ports available, the modular and portable power station makes up for it with its own built-in 2,048Wh LFP battery. 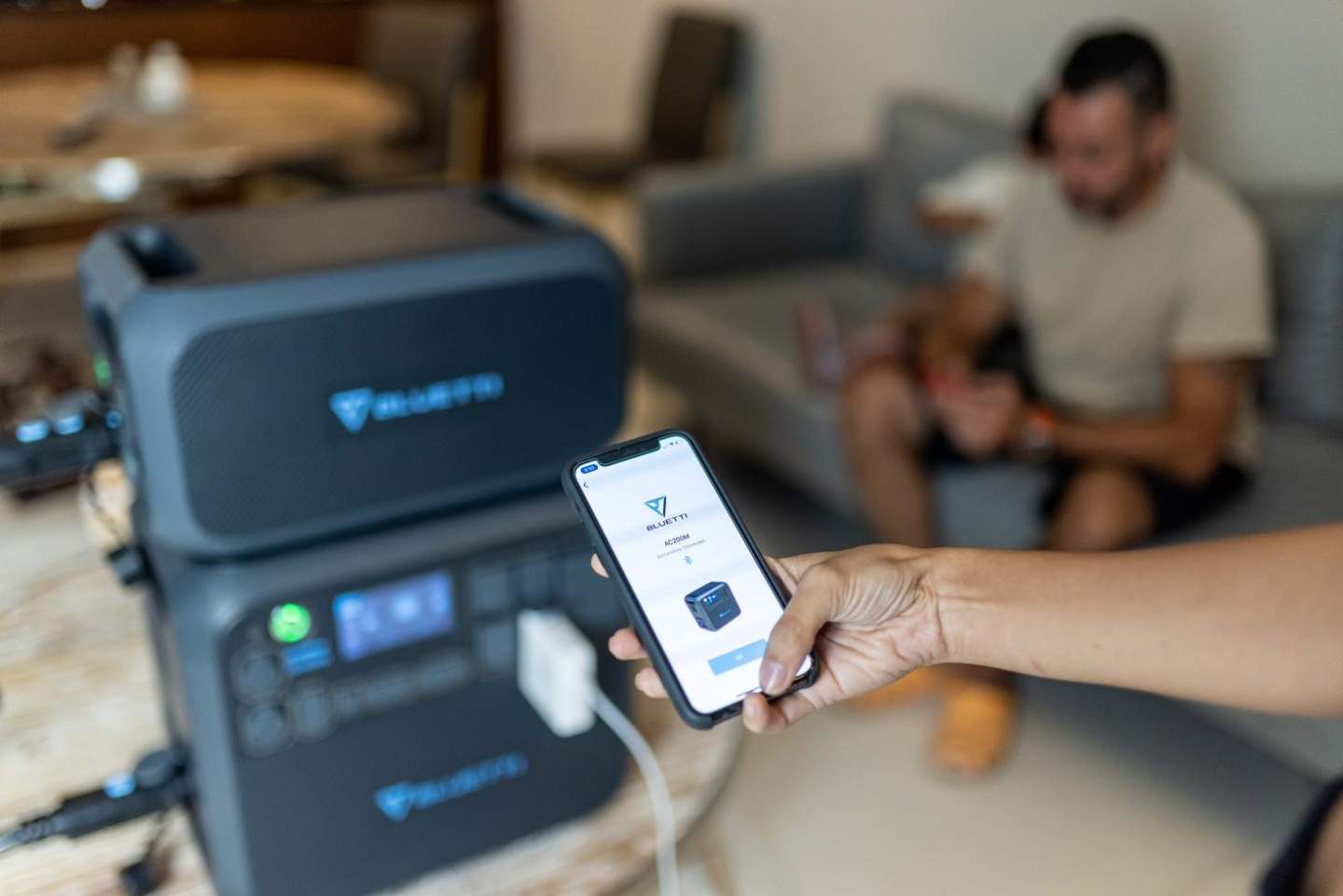 Part of the appeal of these battery-powered generators is their safety and eco-friendly operation. While you can indeed charge them faster from an AC outlet, you can also enjoy more freedom with solar panels, especially in the great outdoors, where power outlets are practically nonexistent. Naturally, Bluetti offers its own Bluetti PV120 and the Bluetti PV200 solar panels, and they’re not just your run-of-the-mill sunbathing panels either.

What makes these panels special is their use of monocrystalline solar cells instead of the more typical and cheaper polycrystalline material. What this means, in a nutshell, is improved efficiency even when parts of the panels are occluded by shadows or clouds. The more power it can convert even on an overcast day, the faster your batteries will charge. And during this Black Friday sale, you can get 20% off on bundles for these efficient solar panels. 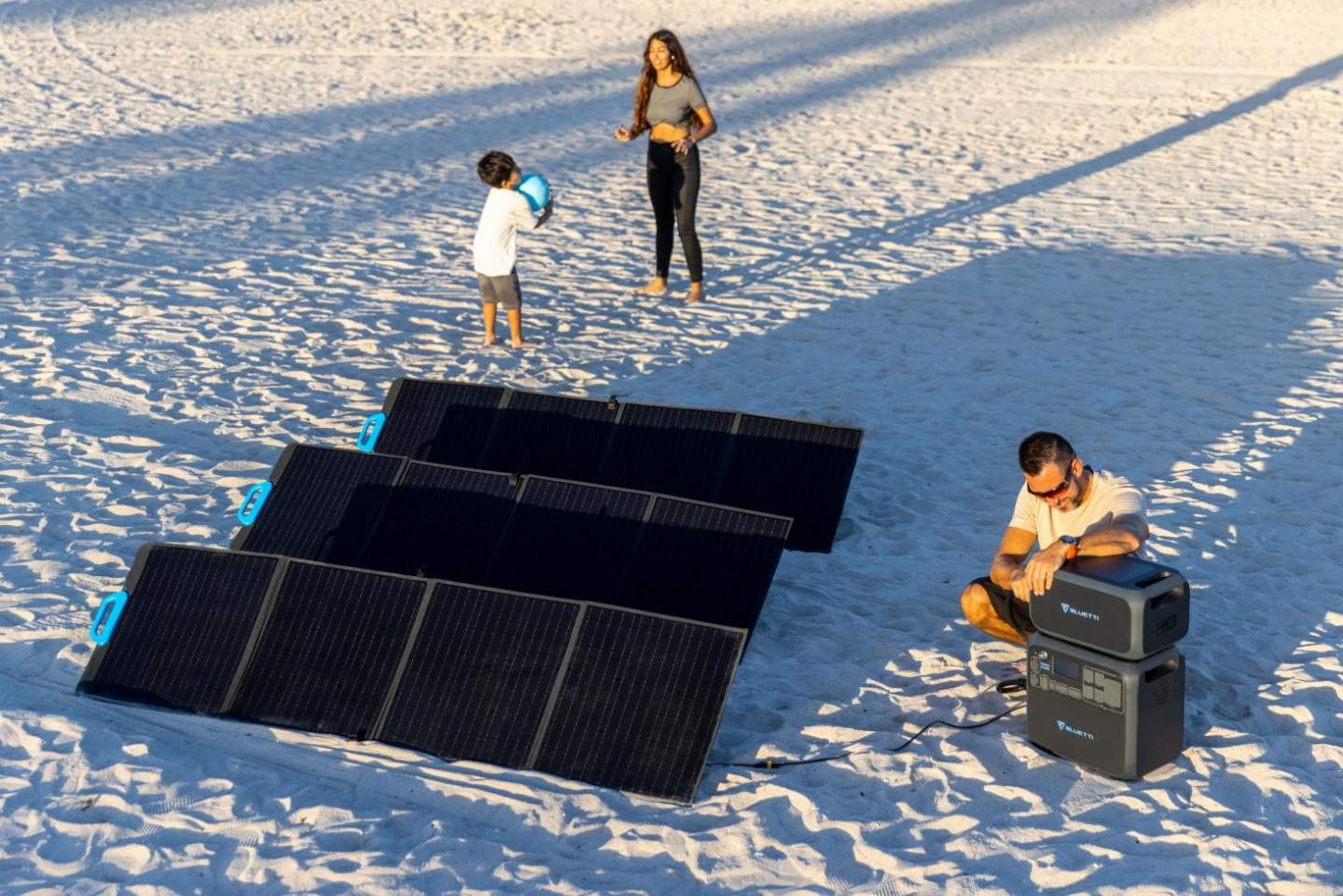 These, of course, aren’t all that Bluetti is putting out there this weekend. A number of popular portable power stations and solar generators are also on sale, ready for the taking. The Bluetti AC200P that we reviewed before, for example, is available for only $1,599, a $200 saving off its regular $1,799 price. The Bluetti EB70 that we also reviewed gets a $50 discount from $599 to $529. Head on over to the Bluetti website to see all the Black Friday Deals the company has to offer to help keep the lights on, whether at home or on the road.