There seems to be an abundance of portable power stations these days coming in all shapes and sizes. While the different competing brands offer a wide variety of options, they all come with fixed sizes and capacities, burdening the buyer with making a hard decision upfront. Bluetti, however, has been pioneering different systems that let owners connect two power stations together. It is taking that flexibility to the next level with the AC300 and AC200 MAX Portable Power Station systems that give you the freedom to select how many Battery Packs you want or, if needed, even double the maximum power output to run a whole house off the grid.

It might look the part, but the Bluetti AC300 isn’t exactly a complete power station. But while it might not have its own power, it does contain the parts that are critical to any portable power station. That’s the 3,000W pure sine wave inverter that’s needed to let DC power AC appliances. The box also supports 2,400W of solar input that should be more than enough to charge the batteries that will be attached to it. 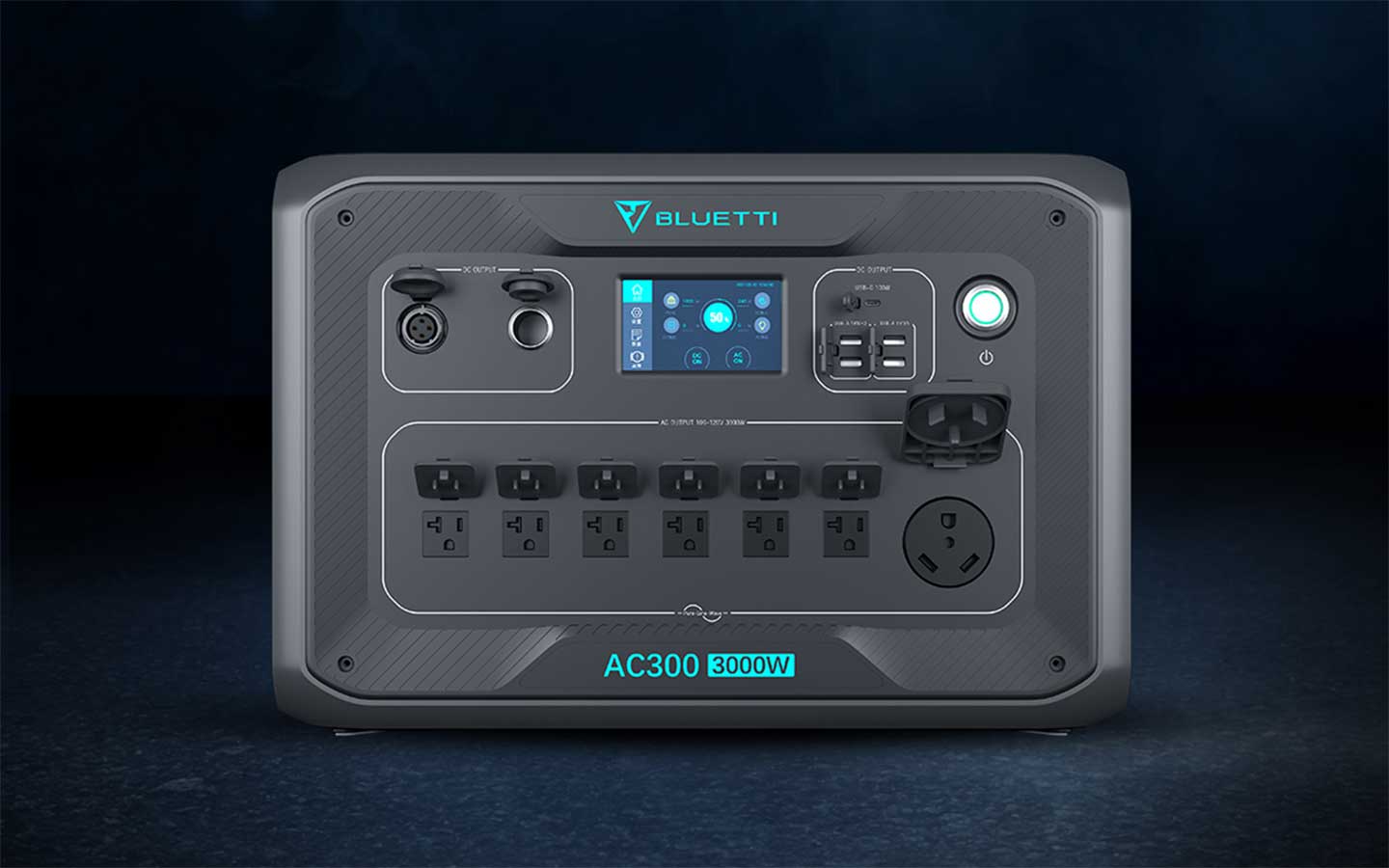 The Bluetti AC300’s real power will come from the 3,072Wh Bluetti B300 battery packs. Up to four of these can be connected to a single AC300 unit for a total power capacity of 12.3kWh. That’s definitely more than enough for most emergency or outdoor needs, but if you need more, Bluetti gives you the flexibility to make it happen. With the company’s Fusion Box Pro, you can join two AC300s, each with four B300 battery packs, for a whopping 24.6kWh of power.

Of course, not everyone might need that much power, which is the whole point of this new modular system. You can choose and buy only what you need at the time and expand later on if your power situation changes. Even better, you don’t have to carry all of these things together, making it actually easier to move them around, especially up and down staircases. 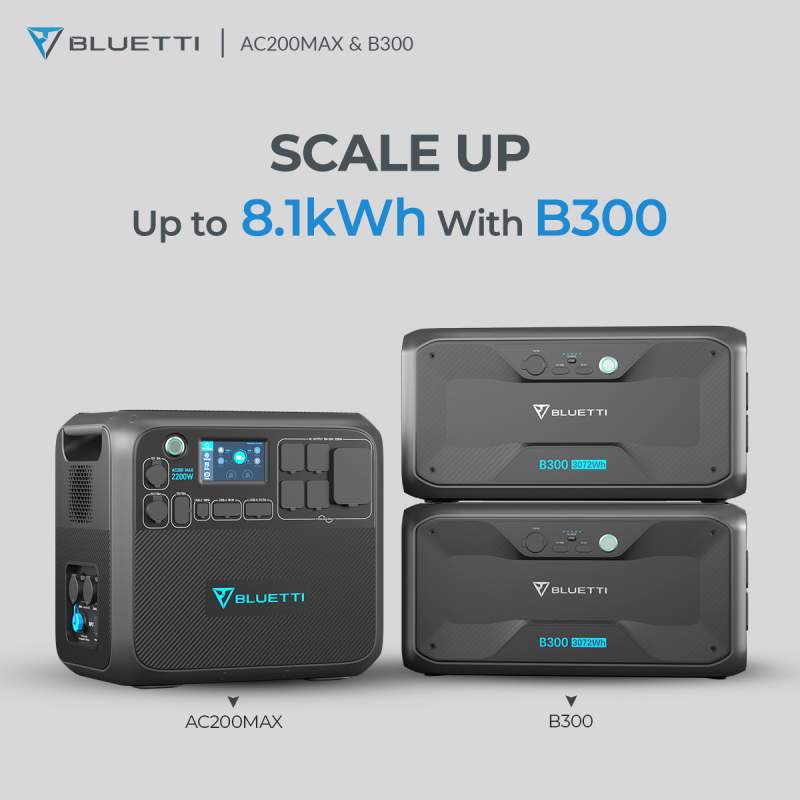 Bluetti hasn’t forgotten those that do need an all-in-one solution, of course. The Bluetti AC200 MAX has many design similarities to the AC200P we reviewed earlier this year, but their similarities end there. The AC200 MAX is a true successor and not just because it has a slightly higher 2,048Wh battery and 2,200W sine wave inverter.

The AC200 MAX does upgrade almost every aspect of the solar generator except the number of ports. As if hearing our complaint, the USB-C port now supports 100W PD3.0 output, enough for those hungry laptops. The AC200 MAX can now also be easily controlled from your smartphone, thanks to its new built-in Bluetooth connection.

The most interesting aspect of the AC200 MAX, however, is its similarity to the new AC300. Despite having its own internal battery, the portable power station can connect up to two battery packs, either the same Bluetti B300 or the new 2,048Wh B230. With two B300s, the Bluetti AC200 MAX reaches an astounding 8,192Wh of power when you need it. And you don’t have to break your back carrying it around as a single, massive unit. 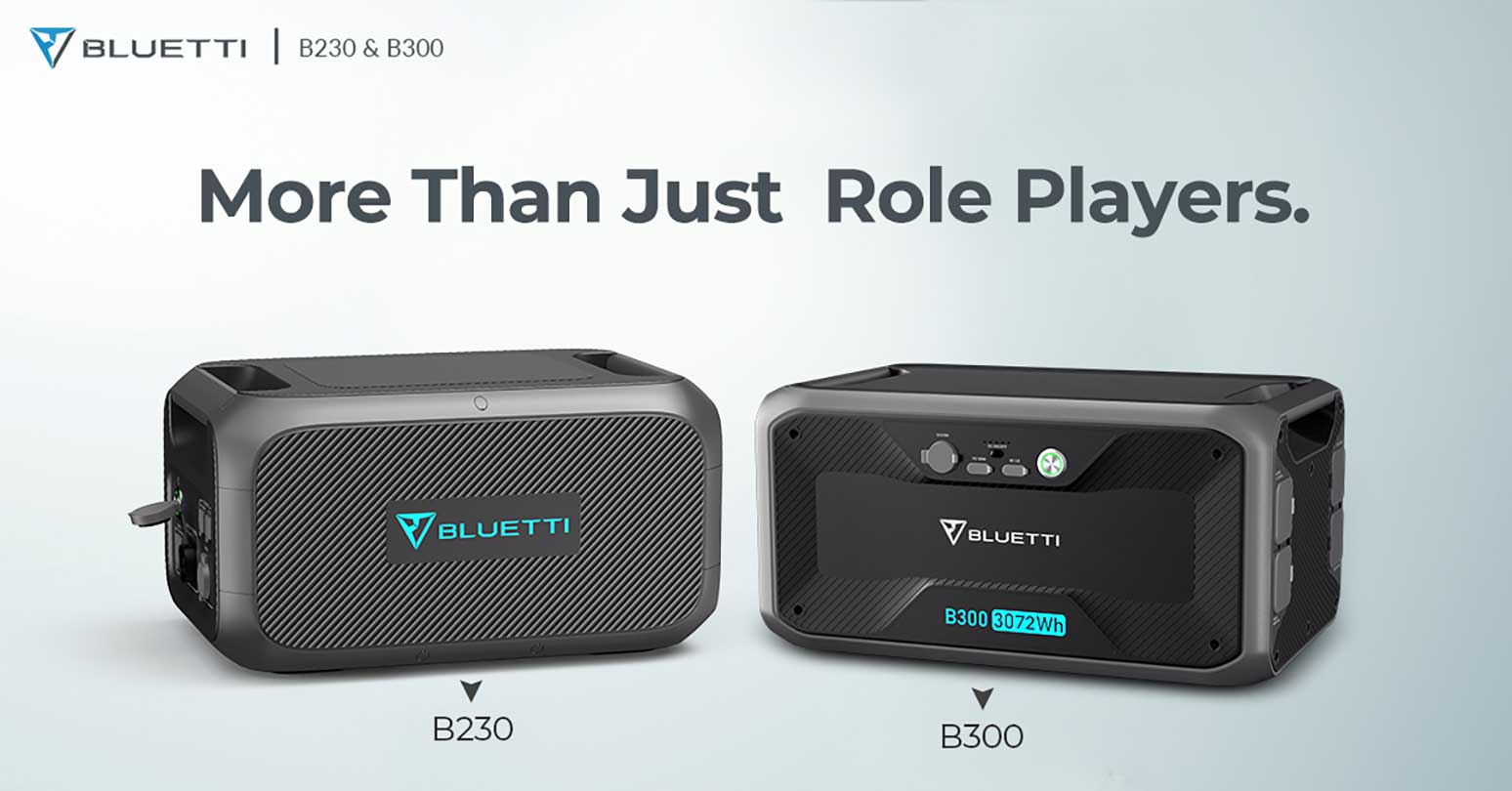 Portable power stations mostly revolve around the principles of offering clean, safe, and silent energy, whether in an emergency or when off the grid. However, most of the existing solutions lock buyers into what they selected at the time, with little room for growth or upgrades. Bluetti is now upgrading that long-held formula itself, bringing modularity and flexibility to the equation. With the Bluetti AC300, AC200 MAX, B300 Battery Packs, and B230 Battery Packs, you can buy only what you need, confident that you can increase your capacity later on when your needs increase as well.

The Bluetti AC200 MAX and B230 Battery Modules will go sale in August, while the Bluetti AC300 and B300 Battery Packs are arriving later in September. Bluetti also mentioned an “APEX” product that’s coming near the end of 2021. This “APEX” is teased to surpass even the “Dominator” AC300’s 3000W, and fans of Bluetti’s power stations will probably be excited to see what’s inside the mysterious black box. For more information, visit Bluetti’s official site.