Bluebot robots demo surreal “Blueswarm” like a school of fish

A swarm robotic fish donned the cover of Science Robotics this week courtesy of researchers from Harvard University. Florian Berlinger, Melvin Gauchi, and Radhika Nagpal delivered a paper on “Implicit coordination for 3D underwater collective behaviors in a fish-inspired robot swarm.” These little robots are very, very cute, too.

The 3D underwater robot collective in this research is called Blueswarm. The robots are called Bluebots. Each Bluebot works with 3D visual perception and gets around with “autonomous 3D multifin locomotion.” 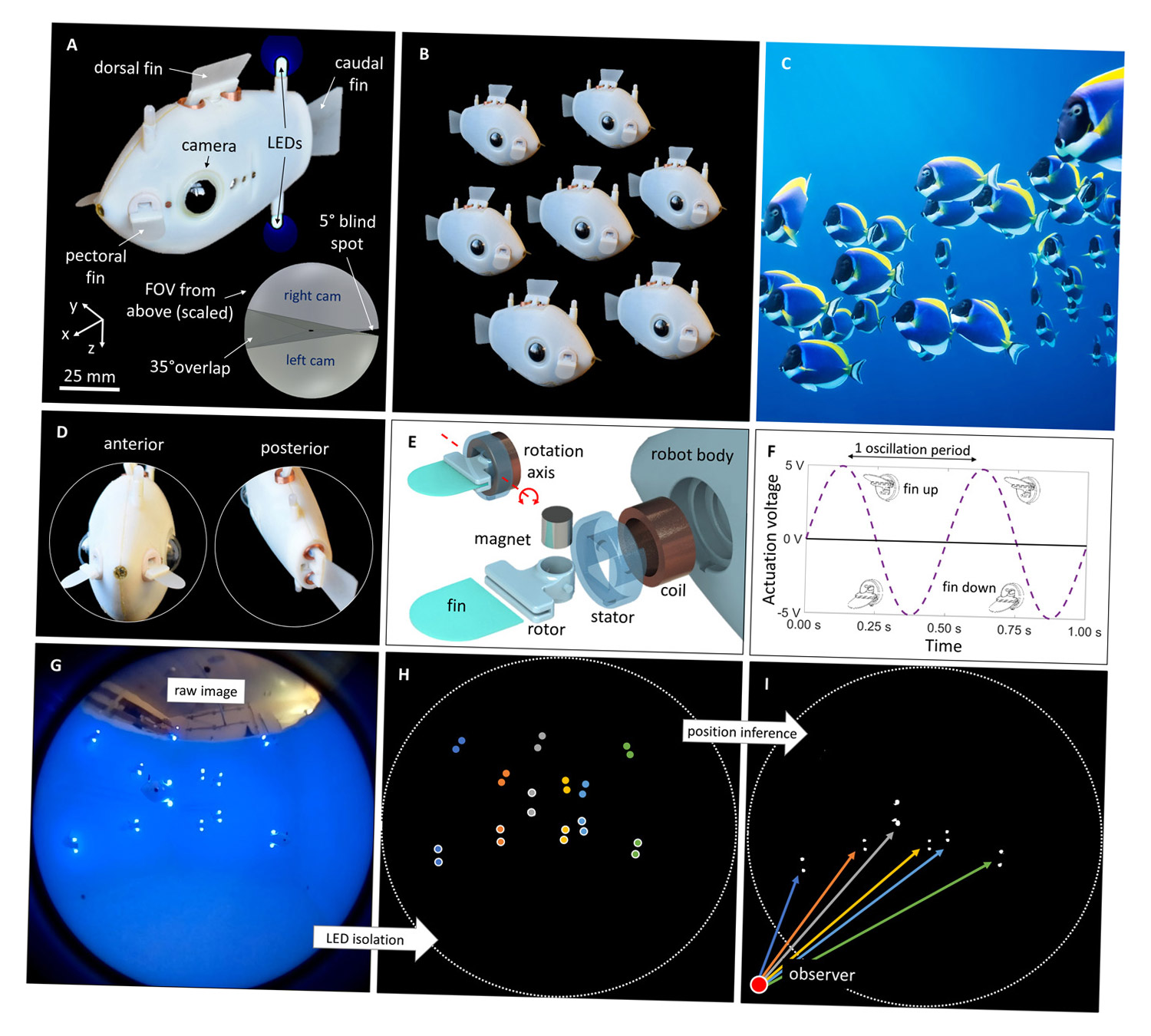 This robot works with one caudal fin, two pectoral fins, and a dorsal fin. The dorsal fin handles vertical diving for depth control, while the other three fins work to enable “nearly independent forward and turning motions.”

Each Bluebot works with two cameras, allowing it a field of view that’s nearly fully omnidirectional. Image data collected by the Bluebot’s cameras is processed to determine the movements of other Bluebot robots nearby. With this information, each Bluebot is able to act and react – they see their robot fish buddies and are enabled with local decision-making based on this data.

When working with the newest in Blueswarm software and Bluebot hardware, each robot can act and react based on the movements of any one of – or the entirety of – the swarm. 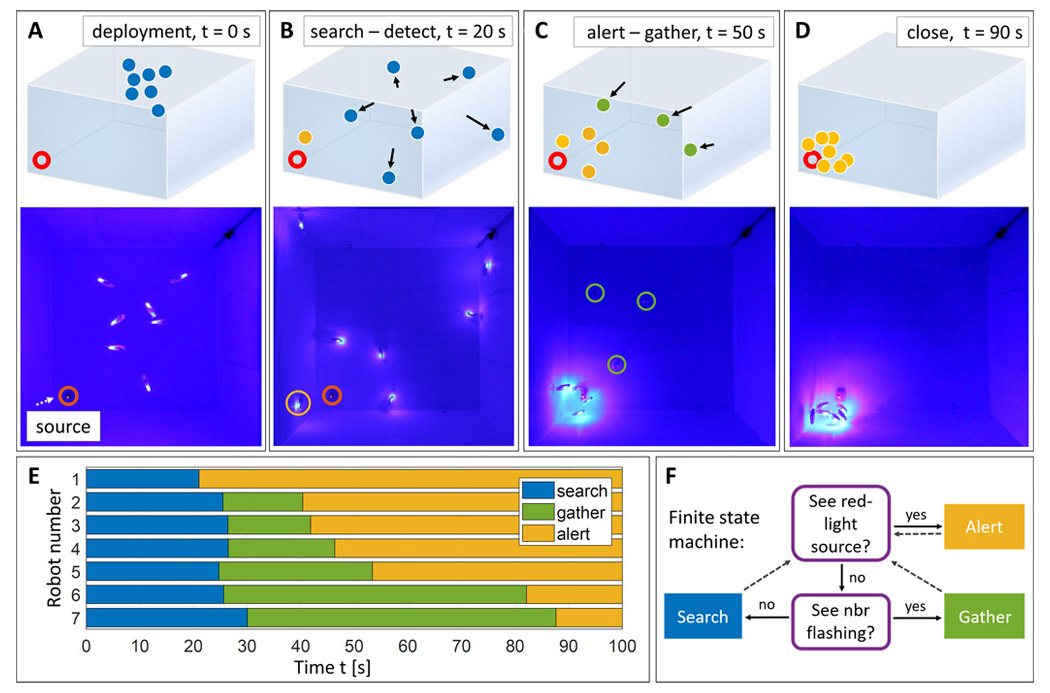 Once one robot found the red-light source, it switched from blue (search) to yellow (alert). Once this occurred, each of the other Bluebots began to switch to green (gather) swarming in toward the first, as they detected the first robot’s yellow (alert).

This shows a cascade of understanding and reacting to a stimulus. If you’ve seen a school of fish in the wild, or in a video, you’ve seen something similar to what’s been demonstrated with these Bluebot robots. Now, to get those dry land running robots synced up – we could have a Jurassic Park-like situation on our hands, no sweat!

For more information on Bluebots and Blueswarm, take a peek at the research paper “Implicit coordination for 3D underwater collective behaviors in a fish-inspired robot swarm.” This paper was authored by Florian Berlinger, Melvin Gauchi, and Radhika Nagpal. You can find this paper with code DOI: 10.1126/scirobotics.abd8668 in Vol. 6, Issue 50 of Science Robotics, set to publish on January 20, 2021.