Blue Origin has revealed details of its next launch, including four of the astronauts who will be aboard New Shepard’s 18th mission when it blasts off in October. NS-18 will be the first mission for Jeff Bezos’ company since it carried him on Blue Origin’s first human flight, back on July 20.

Then, it was an opportunity for the space startup to demonstrate that its rockets really were ready for passenger flights. None of those onboard were professionally trained as astronauts, instead paving the way for space tourism applications that Blue Origin sees as a key part of its future.

NS-18 will double down on that. Expected to launch on Tuesday, October 12, it’ll have a further four “customers” who have paid to be onboard the spacecraft. Of the two that have been confirmed today, one actually worked for NASA – though didn’t go to space with the US agency.

Instead, Dr. Chris Boshuizen was an engineer at NASA between 2008 and 2012, working on the NASA Phonesat project. That made an orbital satellite out of a standard smartphone. While there, he co-founded Planet Labs, a company which went on to deploy more than 450 nanosatellites which are used to generate daily maps of the globe.

He’ll be sharing the New Shephard cabin with Glen de Vries, who is currently at Vice-Chair of Life Sciences & Healthcare at Dassault Systèmes. Co-founder of clinical research platform Medidata, de Vries is also a private pilot. 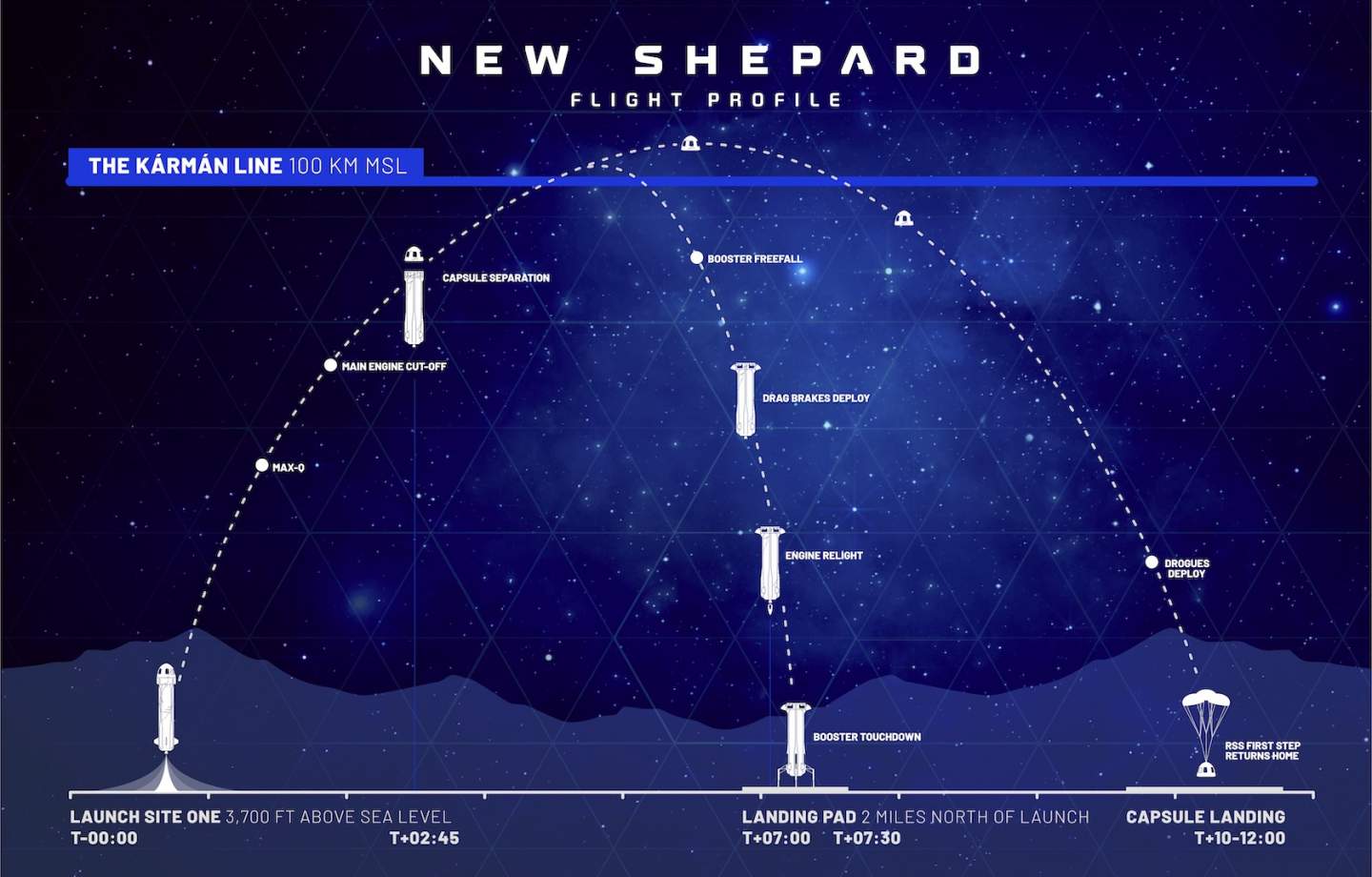 Both, as you’d expect, cite going to space as a lifelong dream. Their trip aboard Blue Origin’s spacecraft will take them above the Kármán Line, the 62 mile point above sea level which is one definition of where “space” begins. In total, it’ll be a roughly 10-12 minute flight, from when New Shepard takes off, the capsule separates, those onboard experience zero-gravity, and then it returns to Earth having been slowed by a cluster of parachutes.

Although in theory a trip to space, it’s a far cry from what some other recent wannabe-astronauts have experienced. Inspiration4 saw a civilian crew spend multiple days in orbit, aboard a specially-configured SpaceX Dragon, earlier this month. After that mission’s success, SpaceX is reportedly considering increasing its Crew Dragon spacecraft fleet.

If all goes to plan, the launch will begin at 8:30am CDT, from Blue Origin’s Launch Site One in West Texas. As with the last mission, NS-18 will be live-streamed.