Blue Origin’s first human spaceflight – and Jeff Bezos’ ride up into zero-gravity – has been given FAA approval, with the launch scheduled for July 20th. It’s an opportunity for the Amazon founder to get his own spacecraft seat-time, after Richard Branson caught a ride on rival Virgin Galactic’s first passenger flight over the weekend, though the billionaire bragging is unlikely to be settled for some time yet.

Branson’s flight, which safely launched on Sunday and then touched down shortly after, may have pipped Bezos to the post, but critics have poured cold water on whether it actually counts in the first place. Virgin Galactic’s VSS Unity reached an altitude of 53.5 miles, enough to give Branson and the others onboard a zero-gravity experience.

However that’s not, by every definition, actual “space” the naysayers point out. Blue Origin’s New Shepard, in contrast, plans to pass the so-called Kármán Line. That’s the 62 mile (330,000 feet) boundary above the planet’s mean sea level, which is one of the definitions of where space begins. 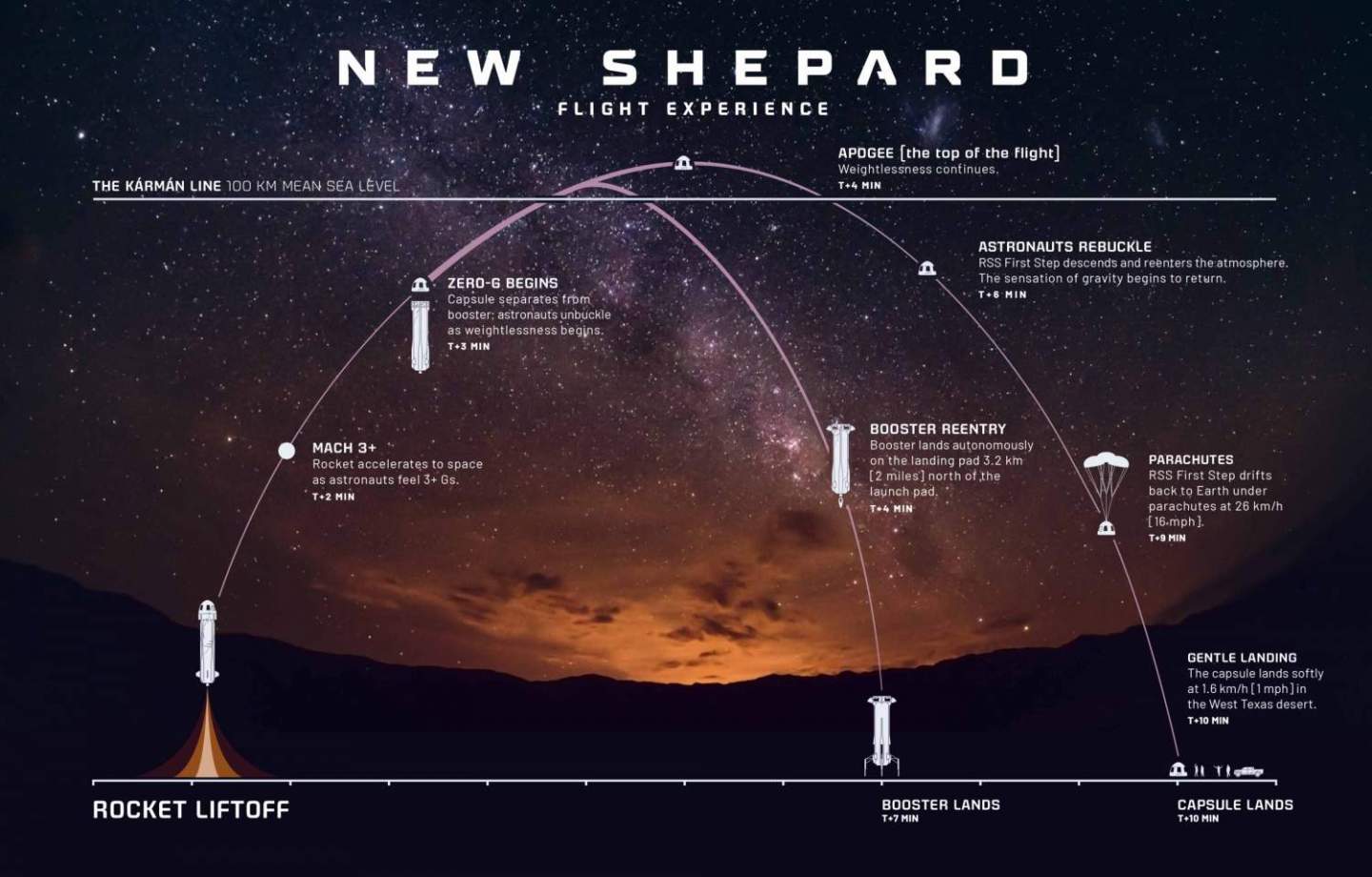 So, with FAA approval for the Blue Origin launch to take place, Bezos will have some height reassurance, at least. Of course, with no single marker where Earth’s atmosphere stops and space actually begins, even New Shepard’s mission won’t necessarily be taken as a true spaceflight.

For that, a company might need to actually make it into orbit, and that’s still beyond both Virgin Galactic and Blue Origin. Later in 2021, SpaceX does plan to run a passenger flight into space, with an all-civilian crew selected for Inspiration 4. That’s on track to take place sometime in Q4, with SpaceX planning a roughly 336 mile orbit around Earth for three days.

While up there – circling Earth every 90 minutes – the crew will run scientific experiments, admire the view, and take advantage of a mighty impressive toilet.

New Shepard’s time aloft will be a lot shorter. The spacecraft will launch and then accelerate until it reaches Mach 3+ roughly two minutes later. At the third minute, the crew capsule will split from the booster rocket. Come minute four, or thereabouts, it’ll reach the point of highest altitude, at which point it’ll be time for the descent to begin.

Gravity will return from around minute six, and then the parachutes will deploy at the nine minute mark. At ten minutes following the launch, New Shepard is expected to touch down again. The whole thing will be live-streamed from 6:30am CDT on July 20, with liftoff currently targeted for 8am CDT, from Launch Site One in a remote location in the West Texas desert.