Blue is a low-cost AI robot that can fold clothes

Robotics is an area of research with great potential to help people in their every day lives. The catch right now is that robots are expensive, complicated, and unable to do the basic things many want them for – like cleaning up or folding clothes. Researchers from the University of California, Berkeley have designed a robot called Blue that might change all of that.

The big features for Blue include that it is low cost and can perform some of the basic human tasks we might want a robotic assistant of the future to perform for us. Blue can do things like fold laundry or make a cup of coffee thanks to advanced AI and deep reinforcement learning. Despite its advanced skills, the robot remains affordable and safe enough that eventually every AI researcher and home can afford one. 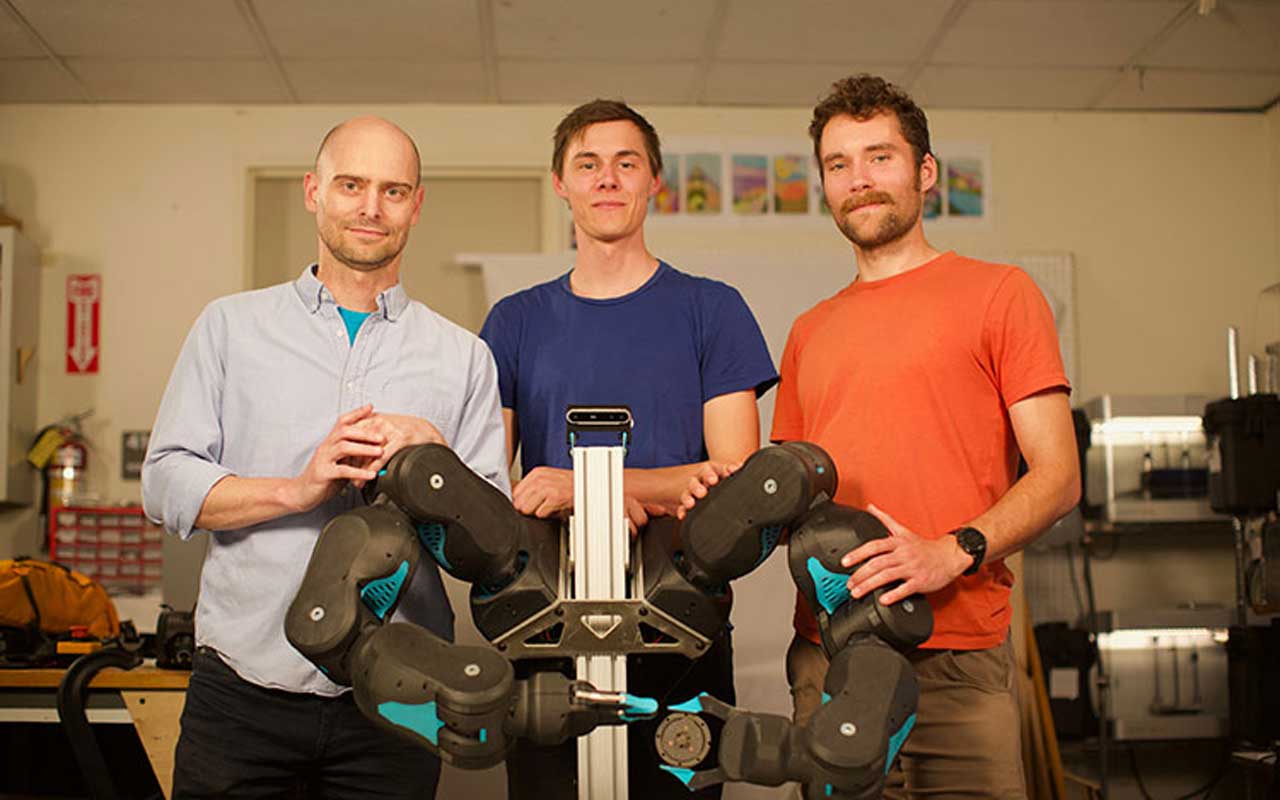 UC Berkeley researchers hope that Blue will accelerate the development of robots for the home. They say that existing robots are too expensive and not safe around humans. The team says this means the robots can break themselves. Deep reinforcement algorithms allow bots to learn by trial and error or by being guided by a human.

Normal robots cost tens of thousands of dollars. Blue can sell for less than $5,000. The robot is made of plastic parts and has high-performance motors for the price. The large arms of Blue are about the size of an “average bodybuilder” and are sensitive to outside forces such as a hand pushing it away.

Its construction also lacks pinch points, and the bot has rounded edges. The team is currently building ten arms in house to go to early adopters. The exact sales price of the Blue arms for the early adopters is unannounced.