We’re quickly closing in on the release date for Diablo II Resurrected, but before the game arrives in September, Blizzard has shared the big changes it’s making to it based on player feedback. Blizzard collected this feedback during the technical alpha that took place back in April, so if you played through that and submitted ideas to Blizzard afterward, you might want to check the list to see if your feedback prompted some change.

In a post to the Battle.net blog, Blizzard starts by announcing that it has improved several art assets. Skills that have had their art updated include Lightning and Blizzard – two Sorceress abilities – and the Paladin ability Holy Freeze. Blizzard says that it has also updated the visual effects that show when monsters are damaged or immobilized by spells, poisons, or other gameplay mechanics, so those should be more obvious in the future. 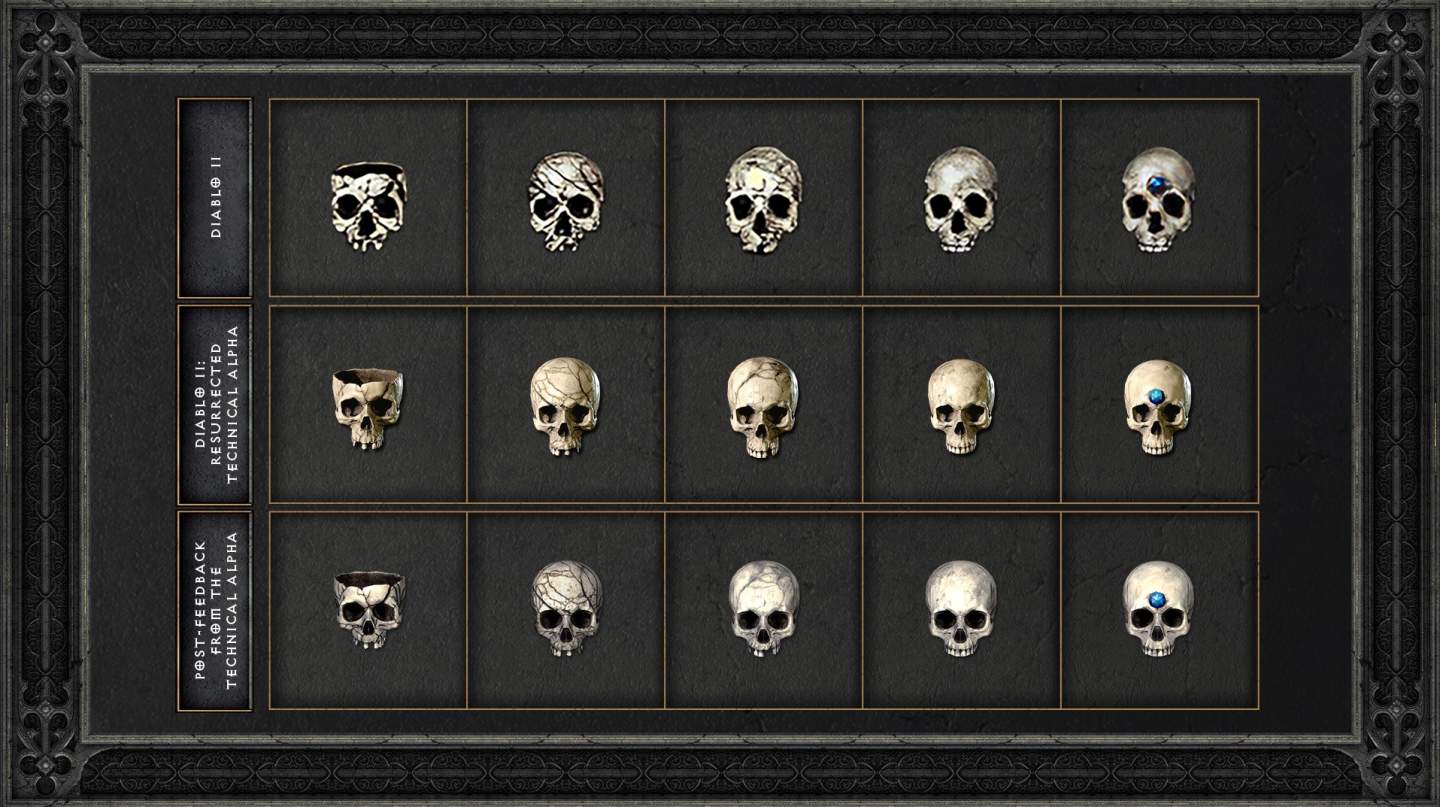 Then we come to the quality of life updates, with Blizzard kicking off by saying that it will detail new accessibility options in a separate, larger blog post in the future. For now, we get confirmation that Diablo II Resurrected will be getting an item name toggle, so you’ll no longer need to hold a key to see the names of the items that are on the ground. We’ll also be getting a new toggle for Diablo II Resurrected‘s Compare functionality. Moreover, there will be some tweaks to the Automap color that help it out from the in-game world better while you’re using it in overlay mode.

In what is quite possibly the biggest update detailed in this post, Blizzard also revealed that it’s expanding the amount of space in the shared stash. Storage in the shared stash has increased from one tab to three, and with 100 slots on each tab, that should give players a good amount of space to start with. We’ll also be getting a clock, which will undoubtedly be necessary for some of us to avoid playing into the wee hours of the morning, and Blizzard has implemented some changes to ensure that players do not spawn in a hostile area before the game is fully loaded.

This probably isn’t the only batch of changes we’ll see hit Diablo II Resurrected before its release date on September 23rd. In August, Blizzard will be hosting a closed beta for those who pre-ordered the game, and then it’ll open Diablo II Resurrected up for everyone through an open beta. Once both of those betas have run their course, we can probably expect new rounds of changes as Blizzard will likely be working with even more feedback from fans at that point.