Blizzard Battle.net gets a much-needed redesign

Although Steam has become the de facto game store and community platform on PCs, almost every major publisher has its own little island to speak of. Actually predating even Steam, Blizzard’s (now Activision Blizzard) Battle.net has always been the go-to for fans of Diablo, WarCraft, and, more recently, Overwatch. Despite its heavy use, the Internet portal turned Desktop app hasn’t seen much action in terms of design. The latest update doesn’t exactly overhaul Battle.net but it does finally let it catch up to its peers.

From the very start, Battle.net was more than just a catalog of Blizzard games. When it was first released back in Diablo’s reign, it already offered social features like chat along with enabling multiplayer modes for the iconic Action RPG. Back then, that may have been enough. But times have changed and Battle.net is finally changing with it.

There are now more games available from the combined catalogs of Blizzard and Activision and the new Battle.net finally allows you to actually reorganize your collection. You can even favorite some of them for quick and easy access. The new layout also makes more room for news and “meta-content” that make games feel more than just games.

Social interactions are also front and center in this new design, actually, front and to the side. This mirrors today’s gaming culture of actually having friends and being interested in what they’re playing, contrary to popular misconception. 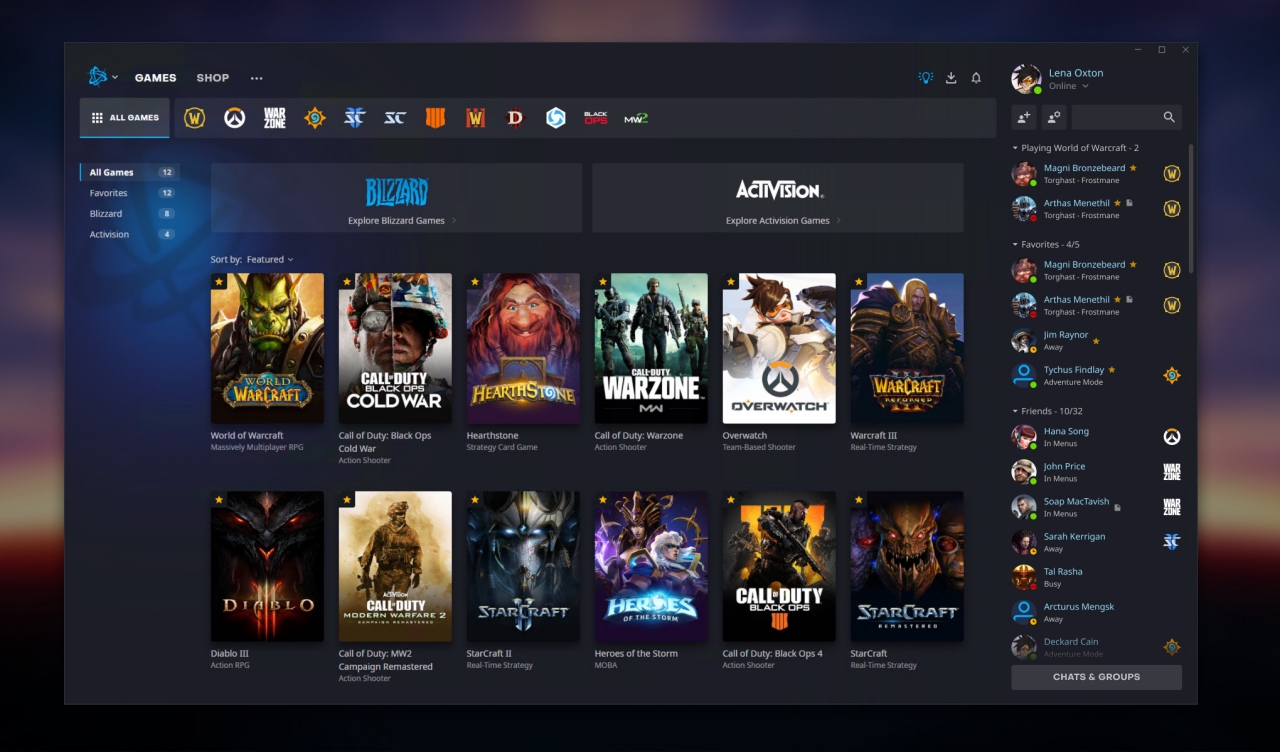 The new Battle.net is rolling out first to North American users, just to test that it’s stable. Players in other regions will receive the update in the following weeks. Blizzard also promises that this is just the beginning but, hopefully, it won’t wait another decade or so before the next update.