BlackBerry X10 poses for the camera once more

In the lead up to BlackBerry 10‘s January release, there have been plenty of leaks for us to get excited about. Anticipation has been running high, and we’ve seen more than a few quick shots of what’s rumored to be the BlackBerry Z10 handset. While the Z10 is an all touch BlackBerry 10 phone, its sibling the X10 is more like the BlackBerry devices we’re used to seeing, physical QWERTY keyboard and all. The X10 hasn’t popped up quite as often, but today it’s making headlines with a new set of leaked pictures.

In the images, which come from an anonymous N4BB reader, we get up close and personal with what’s reportedly the BlackBerry X10. These images do a pretty good job of showing off the size of the screen as it relates to the full keyboard, and we have to say that it looks pretty cool. In this era of smartphones with screens that stretch across nearly the entire face of the device, RIM is sticking with the physical keyboard (at least in this instance) – something that made BlackBerry so iconic back in the day. 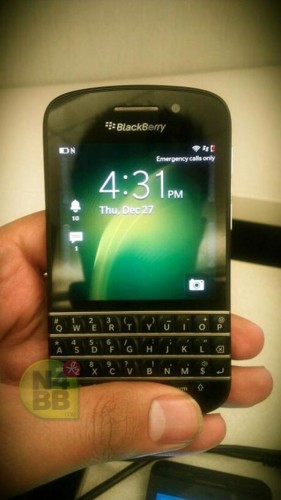 Indeed, some BlackBerry fans probably wouldn’t like losing the physical keyboard in favor of a larger touchscreen, while others who don’t like typing on a touchscreen will find some value in it as well. RIM, of course, will be offering all touch BlackBerry 10 devices once the new operating system arrives next year, so if you’re the kind of consumer who has no interest in a physical keyboard, you’ll be covered as well. 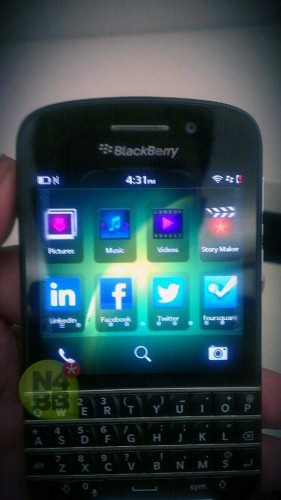 There are a lot of people who are anxious to see what RIM will do with BlackBerry 10, and its January 30 launch event is coming up fast. At that event, we’ll see official BlackBerry 10 hardware for the first time, so this is definitely going to be big. Can BlackBerry 10 bring RIM back from the brink? We’ll be finding out soon enough. 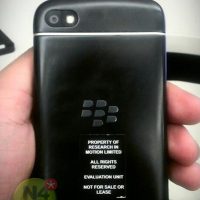 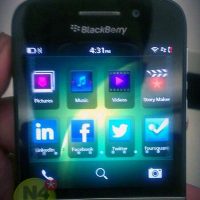 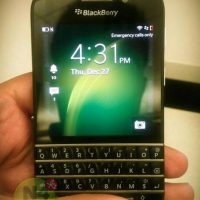