The device has an integrated QWERTY keyboard and a trackpad optimized for speed and accuracy. BlackBerry 10 browser is built in along with the latest version of the BlackBerry 10 OS. BlackBerry Hub is also featured to manage conversations via email, text, BBM, social media, and phone calls.

With the addition of cobalt blue, the smartphone is now available in white, black, and cobalt blue. The latter color launched last Friday in the US, UK, Canada, and the Netherlands. Hong Kong and Italy will get the device in the coming weeks. 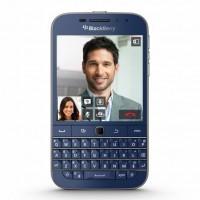