Bizarre fossil discovered of a mammal that roamed with the dinosaurs

Researchers have discovered the fossilized remains of a strange creature that roamed the earth in the distant past. The creature has been named Adaltherium and is believed to represent an important piece in the puzzle of early mammalian evolution in the southern hemisphere. The bizarre creature is 66 million years old, and scientists believe it provides insights into the evolutionary history of mammals in the ancient southern supercontinent of Gondwana.

That ancient supercontinent is recognized today as Africa, South America, Australia, Antarctica, and the Indian subcontinent, along with the Arabian peninsula. The name Adaltherium translates to “crazy beast,” and the fossils discovered are of a nearly complete and very well preserved skeleton. Researchers say that it’s the most complete skeleton for any mammal yet discovered in the southern hemisphere from before the extinction of the dinosaurs. 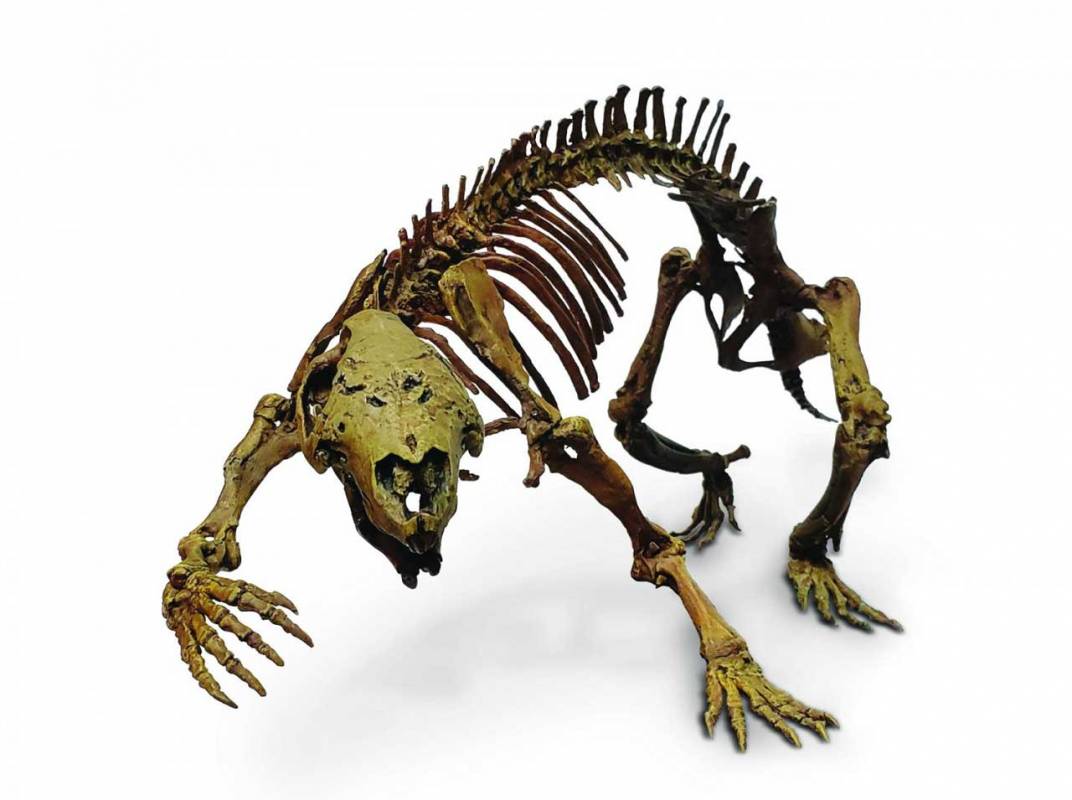 Adaltherium is a giant relative to the mostly mouse-sized mammals that lived during the Cretaceous period. Some of the strange features noted on the skeleton include more trunk vertebrae than most mammals, muscular hind limbs placed in a sprawling position similar to a modern crocodile, and front legs made for sprinting. The creature’s front teeth resemble those of a rabbit, while the back teeth are unlike any other mammals living or extinct.

Adaltherium also has a strange gap in the bones at the top of its snout. The creature is approximately the size of a modern opossum and lived among the dinosaurs and gigantic crocodiles at the end of the Cretaceous period on Madagascar. The creature belonged to an extinct group of mammals known as gondwanatherians, first discovered in the 1980s.

Until recently, the group of mammals was only represented by a few isolated teeth and jaw fragments. The highly preserved and complete skeleton will open new windows into what these ancient mammals look like and how they lived. However, the strange features of the remains leaves many questions unanswered.