We’re probably still a few decades away from a Minority Report computer display and interface and we’re definitely a few fictional universes removed from having enough Midichlorians to be Force-sensitive. So anything that gives us a semblance of telekinetic abilities, with hand-waving of course, is more than welcome. And there are a lot of those today. But what sets Bixi apart, at least based on its promise, is that it is the smallest, cheapest, most accurate, and most rugged gesture recognition device you’ll ever need to control anything from your smartphone to the GoPro camera sitting on your head.

The idea isn’t exactly new. You have a device that uses one form of optical technology or another to detect motion and translate them into actions that computers can understand. In the case of the Bixi, it uses a patent-pending Time of flight optical sensor to detect hand gestures within a 35-degree field of view. While hand waves have a very limited vocabulary, Bixi recognizes as much nine distinct gestures, from single taps to double taps to waving in different directions and rotations. 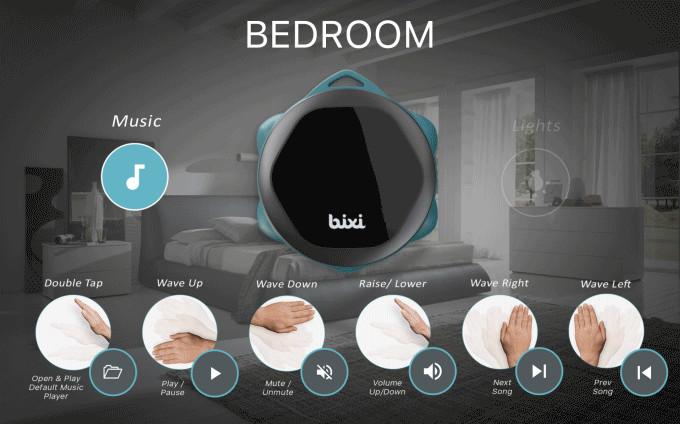 The use of such a device is probably obvious to those who ever wished they could stop their smartphone from playing a song without touching the screen with their grubby fingers. Or those who wished for a way to navigate streets on their bikes without putting their lives at risk. Or even those who simply want to turn off the light without getting out of bed.

Part of Bixi’s magic, admittedly, comes not within itself but through a paired smartphone. Bixi connects to an iOS or Android smartphone via Bluetooth Low Energy and the smartphone app relays the commands to connected apps and appliances. That said, the heavy work of processing sensor data and interpreting gestures are all done on the Bixi itself, not on the smartphone and definitely not over the Internet.

Bixi was designed to be used anywhere and everywhere, which is why it comes in a rugged silicone body measuring only 2.63 x 2.32 inches, enclosed in a PC/ABS casing. The top is protected by Gorilla Glass 4 and, while not exactly dunk proof, the device is at least splash proof. 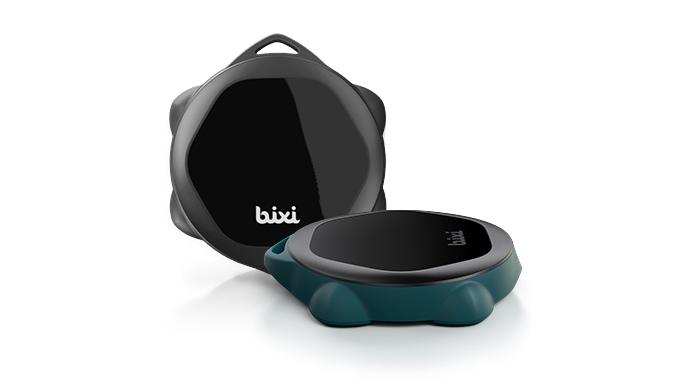 Bixi is currently on Kickstarter, which has already passed its funding goal with plenty of time to spare. The regular price for one is $79, though there might be a few $69 slots left for the taking.