This week a cryptocurrency scam is taking hold of Twitter. Malicious parties have impersonated well-known Bitcoin and Ethereum traders and leaders in the market, telling everyday followers that they’ll be holding a special drawing for free coins. All users have to do is send a few coins to gain entry – therein lies the scam, as it were.

Much like the Nigerian Princes of yesteryear, the scam of the day requires that the user is duped into thinking they’re partaking in something positive. Where it used to be saving the cash of royalty in Africa, now it’s about taking part in a friendly wager. Users are falling for the possibility that they might win big.

Because of anonymous nature of the cryptocurrency transactions taking place, the user is able to accept payments from as many users as they’ve duped. The coins can be transferred from the wallet to which they’ve been sent and turned into one of several sorts of completely untraceable coins, like Monero. Once coins are turned into Monero, they’re basically gone. Nobody has records after that – except the malicious 3rd party, of course.

The scam we’re talking about today isn’t all that new – it’s been around for a year or more! Scams such as this have also existed in similar formats in video games with in-game currency over the past few years. In EVE Online, this sort of deal is called a Jita scam.

Several malicious users have already stolen a whole load of coins from unsuspecting users across the planet. The scam was run and continues to run on Twitter – and through other social networks, but mostly through Twitter due to its quick turnaround time and lack of substantial verification for account creation – beyond email, that is, which can be made without any substantial verification with Gmail. 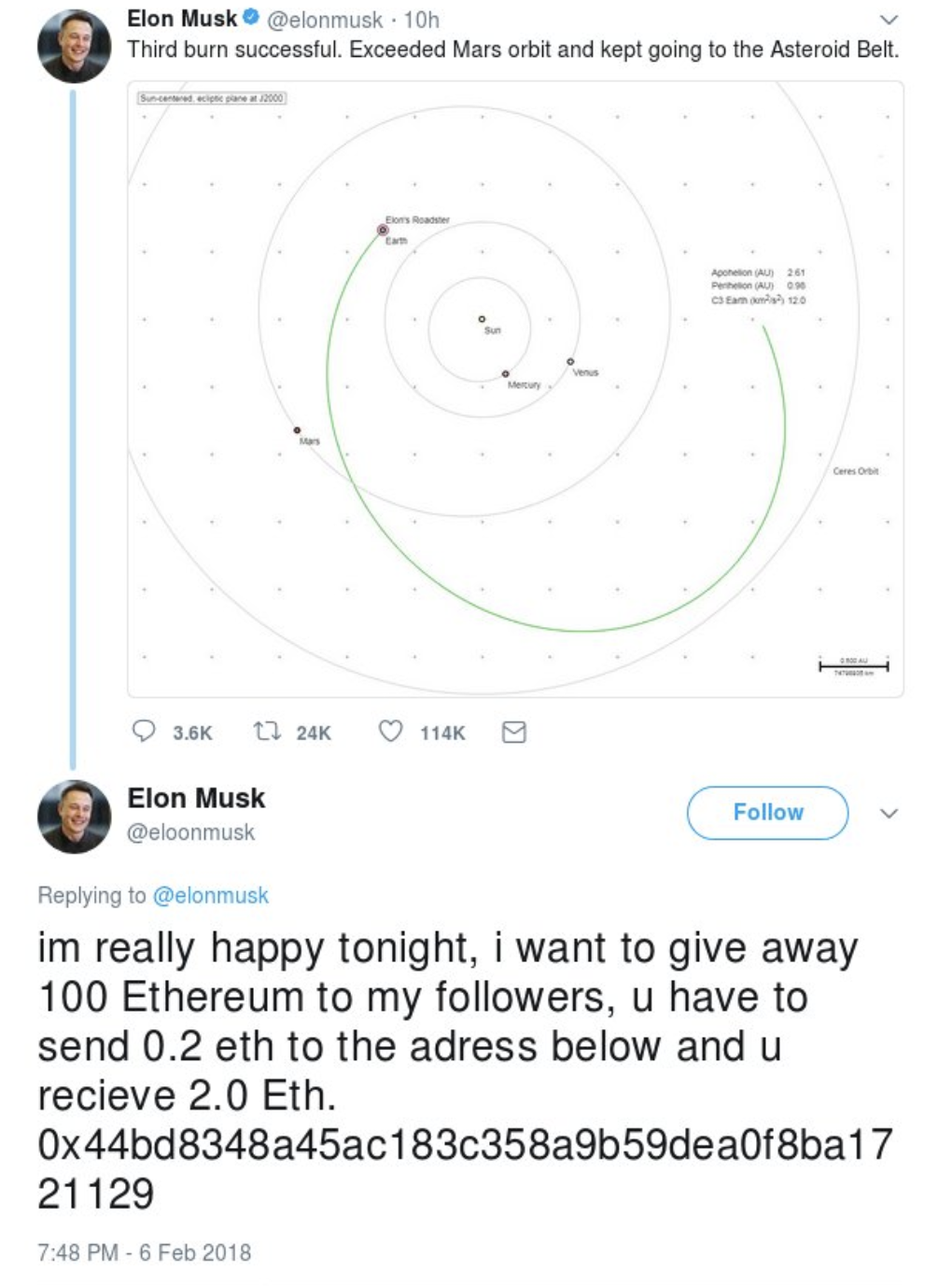 Watch yourself! This is no laughing matter. Especially since once you’ve tossed your coins to an address like this, they’re gone forever, and nobody’s going to help you try to get them back. You’ll be S out of L.

OF NOTE: Nothing here or in any other post on SlashGear should be considered investment or financial advice in any way. The stuff we’ve got here is news – and in this case a bit of a PSA, too. All actions taken by the user before, during, and after reading this article are the responsibility of the reader alone.