The fossil was discovered in Ganzhou City in the southern China Jiangxi Province. What’s so amazing about this discovery is that the fossilized remains of the dinosaur are still sitting on its nest, complete with fossilized eggs preserving embryos. The discovery marks the first time a non-avian dinosaur has been found sitting on a nest of eggs where the eggs preserve embryos in a single specimen.

The fossil is an incomplete skeleton of an adult oviraptorosaur that was crouched in a brooding posture over a clutch of at least 24 eggs. The team says that at least seven of the eggs preserve bones or partial skeletons of unhatched oviraptorid embryos. The adult’s position on the nest suggests that it died while incubating the nest or protecting it. 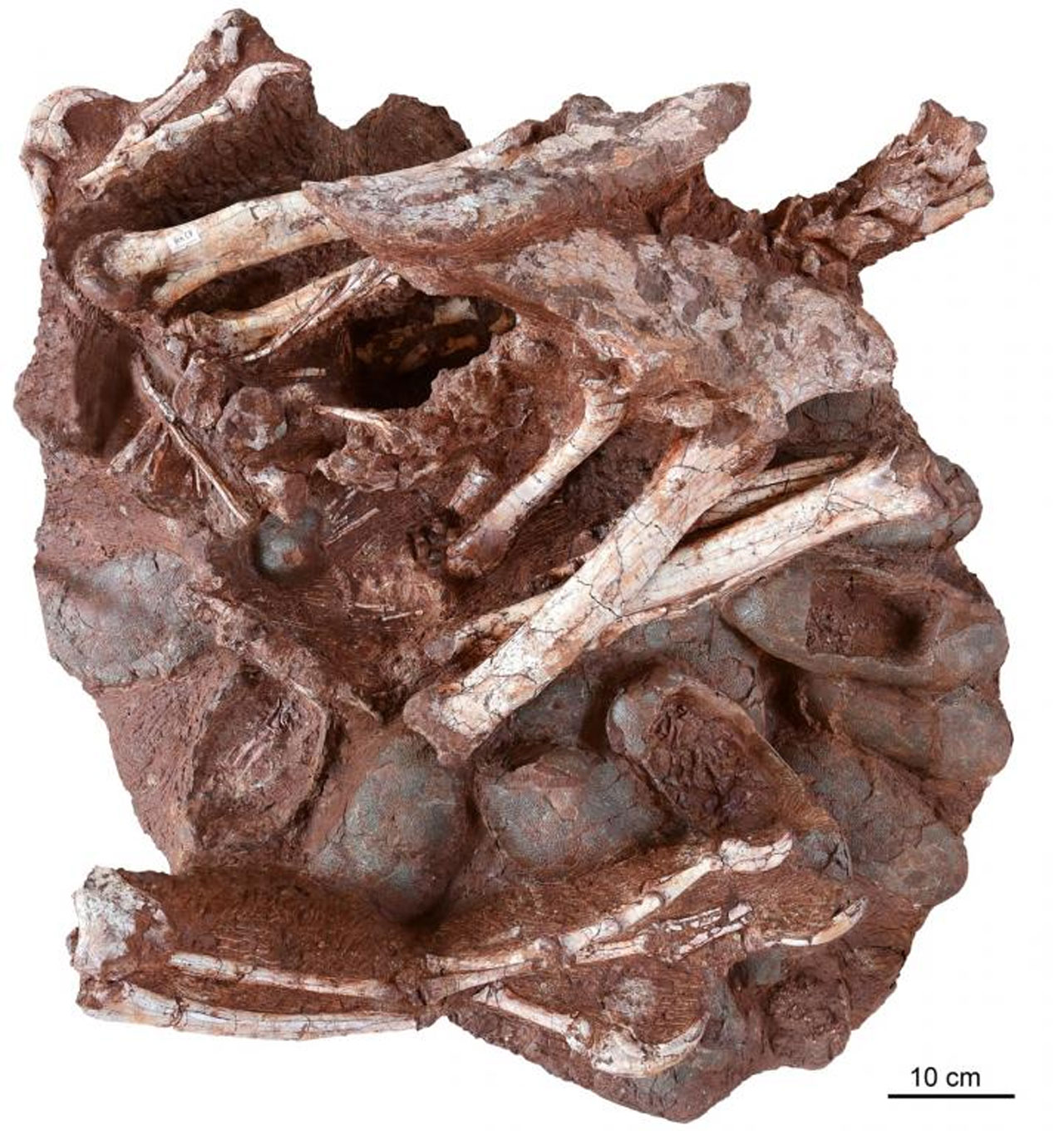 Oxygen isotope analysis of the eggs confirmed that they were incubated at high, bird-like temperatures lending support to the theory that the adult perished while brooding the nest. Interestingly, all of the embryos inside the eggs were well-developed, but some appear to be more mature than others suggesting the eggs in the clutch could’ve hatched at different times.