A hunk of the moon was delivered to the Biden administration on January 20, 2021. At the request of the President of the United States, NASA delivered a container with a sample of the lunar surface for display in the Oval Office. This piece of our nearest space neighbor now sits in the most important office in the world, in the White House, “in symbolic recognition of earlier generations’ ambitions and accomplishments, and support for America’s current Moon to Mars exploration approach.”

The Biden Administration requested the sample from the Lunar Sample Laboratory Facility at NASA’s Johnson Space Center in Houston. This triangular case carries a moon rock, suspended in space, available for viewing from several angles.

The Lunar Sample 76015,143 was originally gathered by the mission Apollo 17. “Apollo 17 astronaut Ronald Evans and moonwalkers Harrison Schmitt and Eugene Cernan, the last humans to set foot on the Moon, chipped this sample from a large boulder at the base of the North Massif in the Taurus-Littrow Valley, 3 km (almost 2 miles) from the Lunar Module,” reads the inscription. 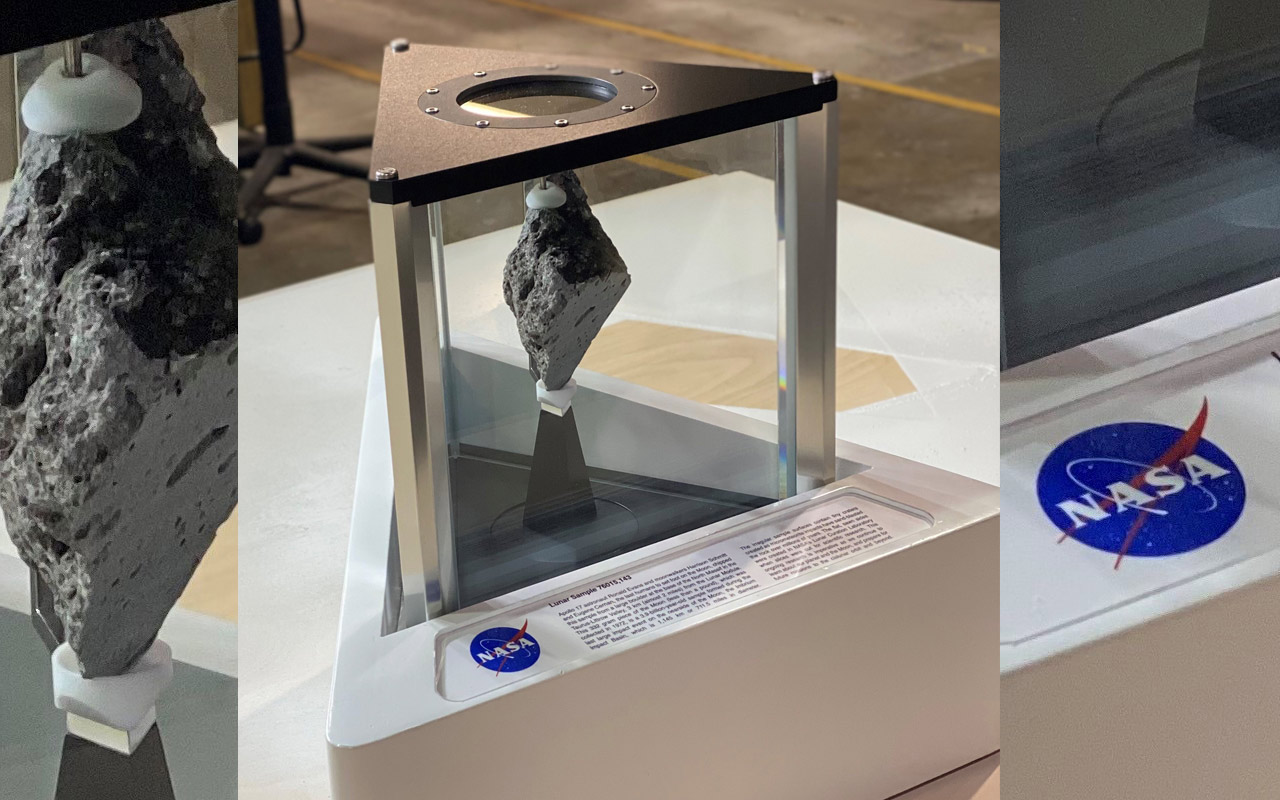 “This 332 gram piece of the Moon (less than a pound), which was collected in 1972, is a 3.9-billion-year-old sample formed during the last large impact event on the nearside of the Moon, the Imbrium Impact Basin, which is 1,145 km or 711.5 miles in diameter.”

The bits that are flat, on this sample, were sawn by NASA’s Lunar Curation Laboratory when slices were cut for scientific research. The rest is relatively natural – as the rock would’ve appeared as captured on the moon.

This particular sample’s collectors included Harrison Schmitt, as yet the only professional geologist ever sent to the moon. As noted by Dr Robin George Andrews, Volcanology PhD and science journalist, the rock we’re looking at right now wasn’t part of the moon when the moon first formed.

As noted by Dr Andrews, this rock was part of a chunk that, upon impact, created a 720-mile chasm on the lunar surface. This chasm was “no smaller than 150 miles across, nearly 12 times longer than Manhattan.” The mass of this beast was 28,000 trillion tons!

Debris was sent shooting across the surface of the Moon, scratching out deep grooves in the ancient volcanic rock as if it were made of butter. It would have been an extraordinary sight to see – at least, from a very safe distance. 11/x https://t.co/VGnii7hczU

In December of 1972, astronauts visited the moon and dropped into this 720-mile crater. The bit that we see in the sample here, sample 76015, “was found to have lots of holes in it – bubbles trapped in the rock back when that titanic impact forged an ephemeral sea of molten rock,” wrote Dr Andrews.”

“That meant the rock was an archival record, almost untouched since it formed during that primordial cataclysm, one of the events that defined the Moon we see today,” wrote Dr. Andrews. “So the astronauts packed it up and brought it back home with them.” 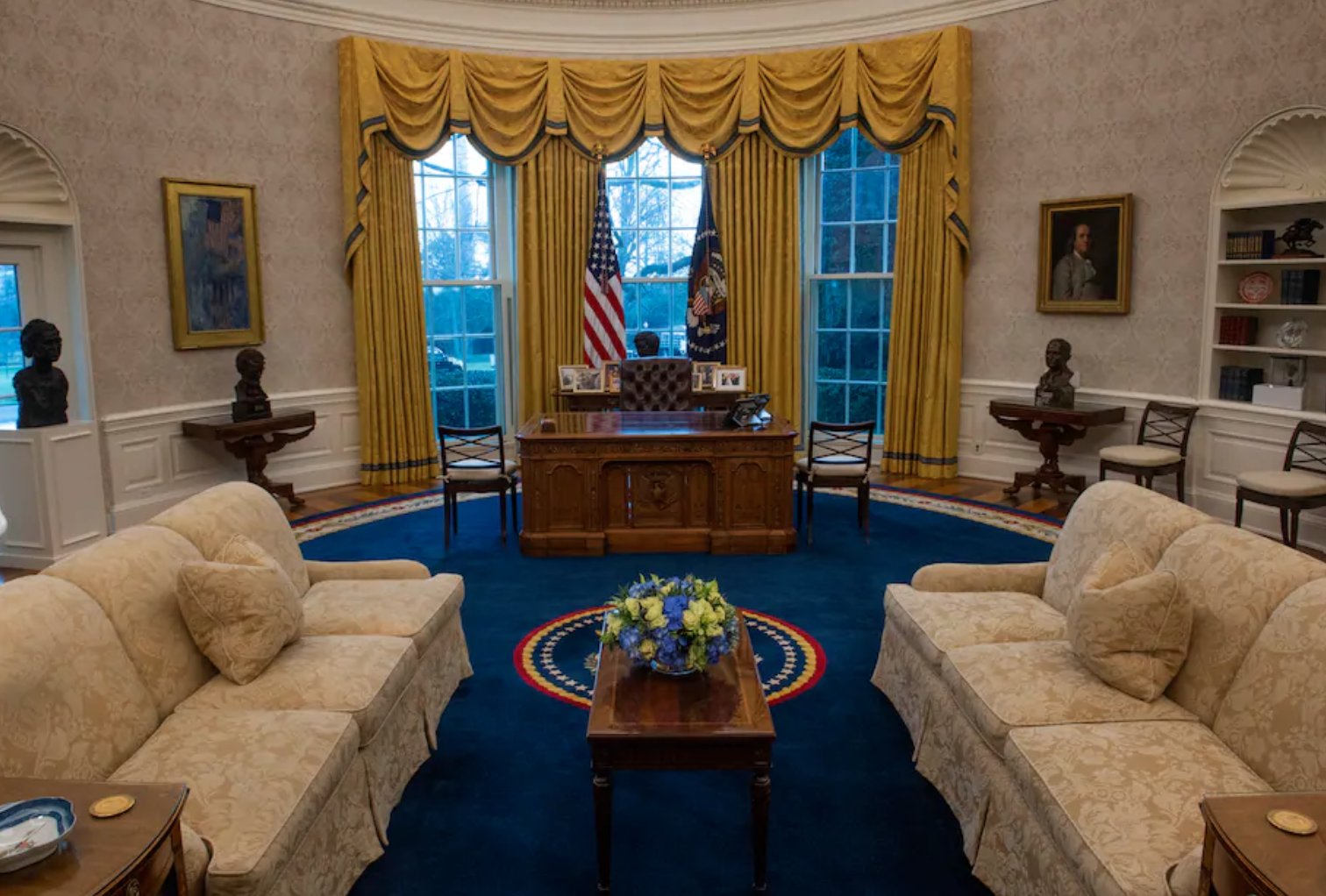 ABOVE Photo, via @SquigglyVolcano, photographed by Bill O’Leary for The Washington Post. You’ll see the moon rock in the display on the far right on the bottom shelf – neat!