BepiColumbo is a joint ESA-JAXA mission that is currently in space conducting operations. Recently, the ESA shared an image of the planet Mercury taken on October 1, 2021. The image was snapped as the BepiColumbo spacecraft flew past Mercury for any gravity assist maneuver.

The image was taken at 23:44:12 UTC using the Mercury Transfer Module’s Monitoring Camera 2. When the image was taken, the spacecraft was approximately 2418 kilometers from the surface of the planet. However, the closest approach the spacecraft will make to Mercury is about 199 kilometers, which happened at 23:34 UTC. It’s unclear why no images have been shared of the much closer approach.

The ESA says Monitoring Camera 2 provides black-and-white snapshots and resolution of 1024 by 1024. The portion of Mercury we see in the image is its northern hemisphere, including Sihtu Planitia, which has been covered by lava. The smoother and brighter portion in the image is the plains surrounding the Calvino crater, known as the Rudaki Plains.

One of the larger craters visible in the image is called Lermontov crater and measures 166 kilometers across. That crater is brighter than others on the surface of the planet because of a unique feature of Mercury known as “hollows.” Hollows are areas where volatile elements escape to space, and the crater has a vent where volcanic eruptions have occurred. 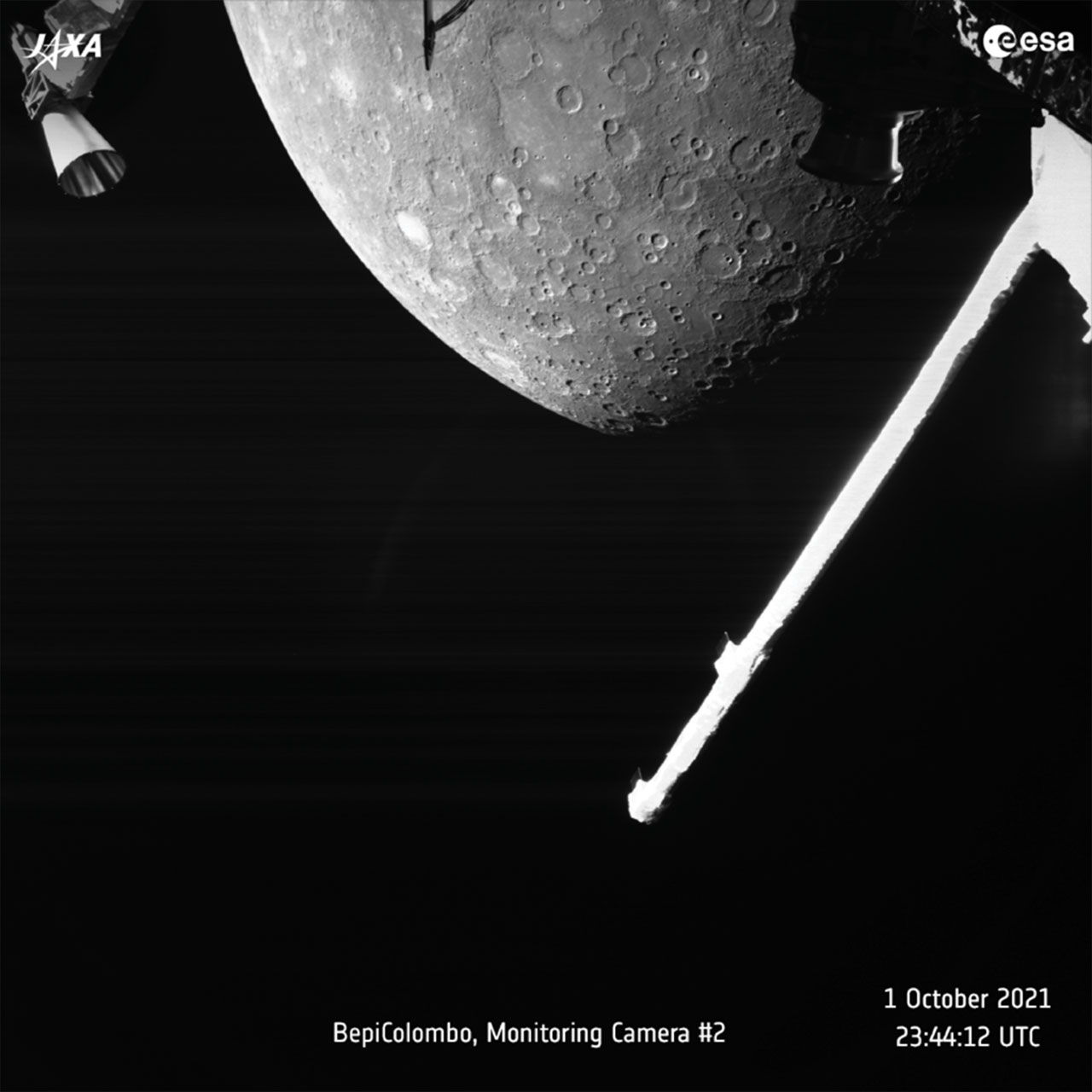 Those features will be studied in more detail once BepiColumbo is in orbit around Mercury. The gravity assists maneuver is the first of Mercury and constitutes the fourth out of nine total flybys the spacecraft will make. The mission will span seven years and will include flybys of multiple planets in the solar system. BepiColumbo’s Mercury Transfer Module contains a pair of science orbiters, including the ESA’s Mercury Planetary Orbiter and JAXA’s Mercury Magnetospheric Orbiter.