JAXA and the ESA are currently operating a joint mission called BepiColombo that flew by Venus on August 10, 2001. The images below were shared by mission controllers showing a black-and-white close-up of Venus as the spacecraft flew past the planet conducting a gravity assist maneuver. ESA says the image was snapped at 13:57:56 UTC by the spacecraft’s Mercury Transfer Module Monitoring Camera 3.

Its Transfer Module Monitoring Camera 3 captures black-and-white photographs at low 1024 by 1024 resolution. Mission controllers note the image was lightly processed to enhance contrast and to use the full dynamic range. Slight optical vignetting is noted in the bottom left corner of the full image below and appears as a shadow in the corner.

While the bulk of the image is comprised of a bright white Venus and the jet black of space, we can also see parts of the BepiColombo spacecraft in the snapshot. Near the center in the upper portion of the image is the round dish of the high-gain antenna for the Mercury Planetary Orbiter. A portion of the spacecraft’s body is visible in the top left. 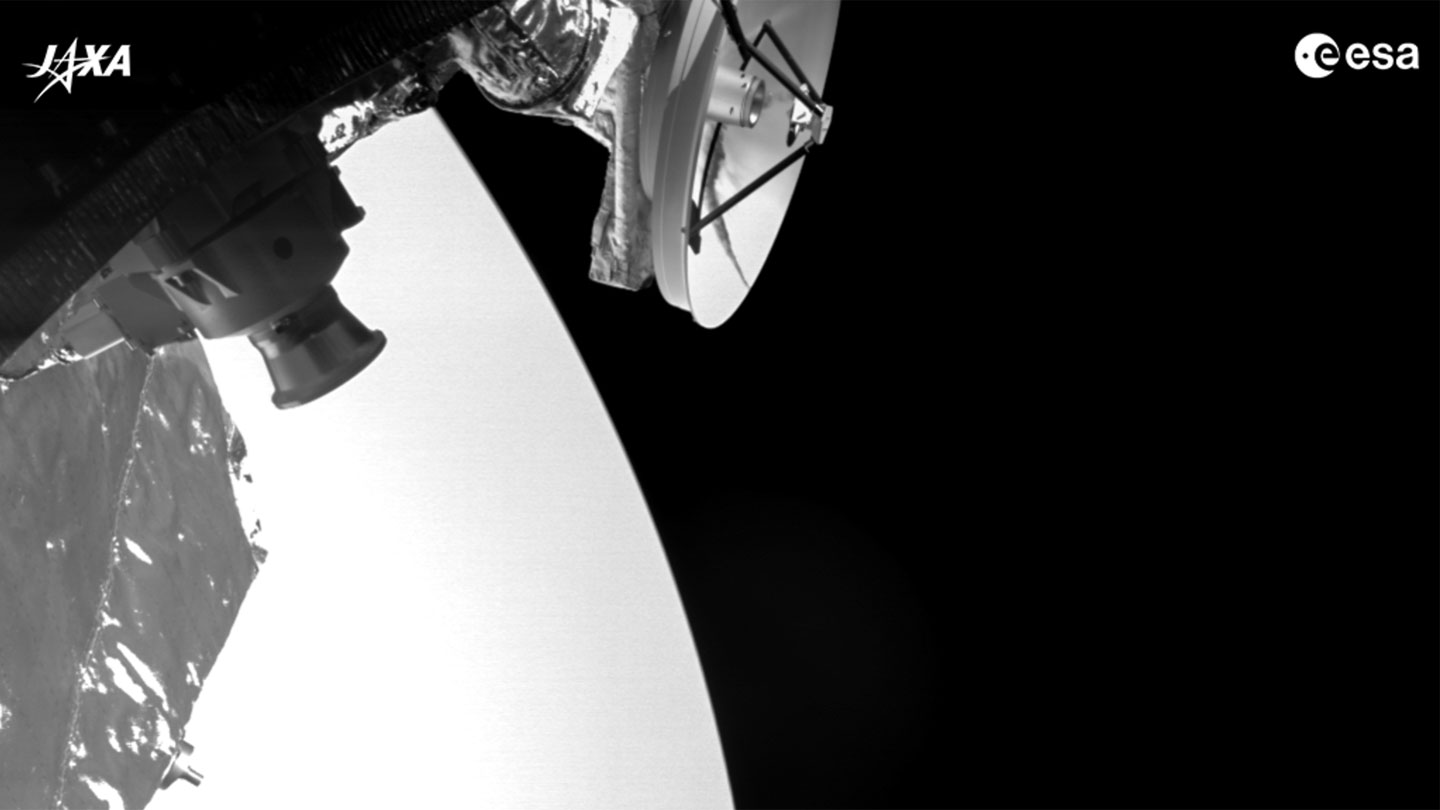 The flyby when the image was taken is the last the spacecraft will make around Venus before it heads to its ultimate destination of Mercury. The flyby was the second conducted around Venus and the third of nine flybys overall. Flybys help steer the spacecraft, putting it on course for its final destination of Mercury. So far, BepiColombo has conducted one flyby of Earth, two of Venus, and it will make six flybys of Mercury.