Belkin has just outed a new connectivity dock that utilizes the ultra fast Thunderbolt 2 interface to make file and data transfers a breeze. And with a plethora of other connection ports, this Thunderbolt 2 Express Dock HD will surely satisfy your every wired connectivity needs.

Connectivity is the name of the game. Wired connectivity, that is. And to demonstrate just how serious Belkin is in this regard, it advertises that you can connect as much as 8 devices directly to the dock itself. And you can even increase that number by four or five by taking advantage of Thunderbolt’s daisy-chaining feature. All these are made possible by the impressive list of ports on the device.

Video output is provided by HDMI, but you can even have a dual display setup if you’re willing to sacrifice one Thunderbolt 2 port to a supported monitor. The USB 3.0 ports can be used for not just for data transfer or peripherals but also for charging mobile devices, even when the host computer is asleep or not connected (the dock has its own power input).

But more than just a connectivity hub, the defining feature of the Express Dock HD is, of course, the Thunderbolt 2 connection, which is advertised to give a data bandwidth of 20 Gbps, twice as fast as the first generation Thunderbolt and four times faster than USB 3.0. When used for video output, it is capable of 4K resolutions, but that is only applicable when connected to a Mac or a Macbook running OS X 10.10 Yosemite. As to computer compatibility, the Dock can be used with Macs and Macbooks and PCs running Windows 7 or 8. 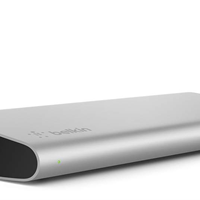 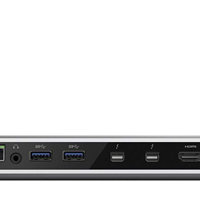 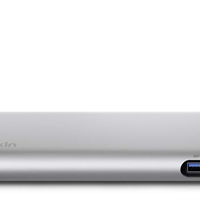 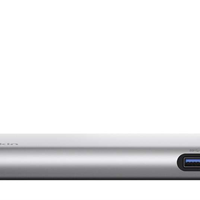 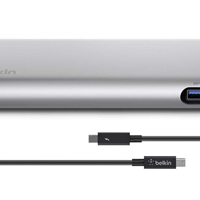 The Belkin Thunderbolt 2 Express Dock HD is now up for sale on Belkin’s website with a price tag of $299.99. The device will also be available in select stores nationwide starting October, though no precise date or names have been given.