For those unfamiliar with the Mercedes-Benz SLR McLaren, this particular car is a 722 edition and features a 5.5-liter AMG supercharged V-8 engine. It has extremely low miles with only 1038 miles on the odometer and is listed as being very clean. It has an automatic transmission and a clear title.

The car itself is also rather rare, with only 2157 of them produced between 2003 and 2010. This isn’t a pure sports car; it’s considered a grand tourer. This particular SLR McLaren 722 is chassis number 001327. The 722 package brings a more powerful engine, 19-inch lightweight alloy wheels that were powder coated black and red brake calipers. Other touches exclusives to the 722 Coupe include carbon fiber trim, carbon-fiber seats, and black leather upholstery with Alcantara. 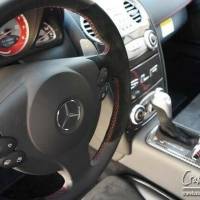 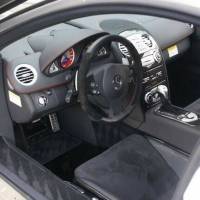 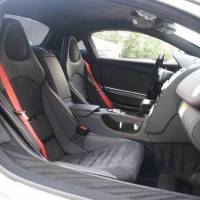 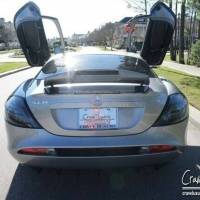 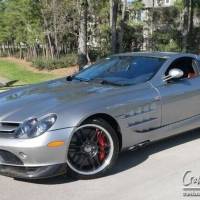 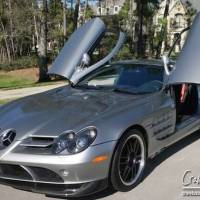 The brakes are carbon-ceramic, and the car is rear-wheel drive. The SLR McLaren came to be when Mercedes-Benz owned 40 percent of the McLaren group, making this an exciting vehicle. The seller is undoubtedly asking for a premium due to the car’s incredibly famous previous owner. The eBay buy it now price is $695,750, but bidding is only up to $65,300 with less than a day and a half to go. It doesn’t look like the car is going to sell, but you never know.