Battling bias, Google is changing how skin color is classified

Google is changing how it classifies skin color, quietly working on a new system which the search giant hopes will avoid embarrassing accusations of bias in future tech. The ways in which machine learning and artificial intelligence, along with wearables and other devices, deal with different skin colors has led to numerous problems in recent years.

That’s ranged from misclassification of Black people in cloud photo services, fitness wearables and smartwatches that are unable to take heart rate and other measurements from darker skin, and a spate of other high-profile mistakes. While tech companies have protested their innocence, pointing to inadvertent – and unforeseen – side-effects of the systems, work has apparently been underway at Google, at least, into a new way to handle diversity of users.

The problem, it’s suggested, is the currently used color scale, the Fitzpatrick Skin Type or FST. It’s been around since the 1970s, and categorizes skin color into six tones: four of those are for “white” skin, with the remaining two being “brown” and “black” skin. 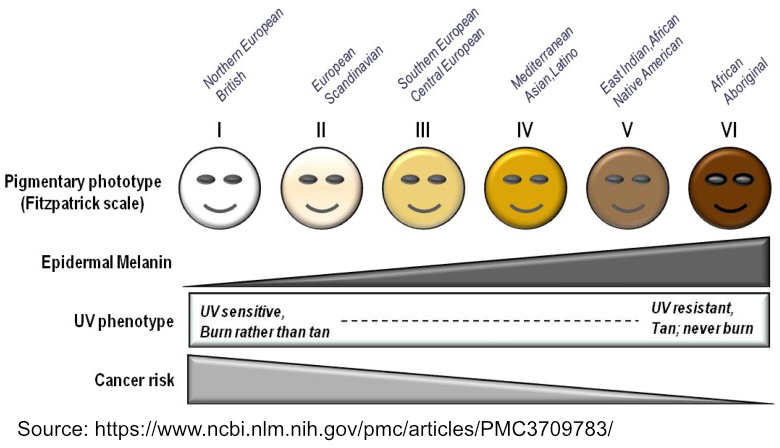 Google has confirmed it’s looking at a different approach, though it’s not ready to spill details yet. “We are working on alternative, more inclusive, measures that could be useful in the development of our products,” the company told Reuters, “and will collaborate with scientific and medical experts, as well as groups working with communities of color.” It declined to give any specifics.

The current FST scale was designed originally to classify skin types by how prone to sunburn they were. Those groupings were then used as part of ultraviolet radiation treatments. However the scale went on to be more broadly adopted, as companies and organizations looked for a way to segment groups of people.

Those groupings don’t have to be as advanced as for machine learning and AI, either. Even emojis looked to FST for skin tone selection, for example.

It’s unclear what work other tech companies might be doing on more effective, balanced scales. Google has given no timeline for when it might have its alternative system ready for deployment; it’s likely that, even when it’s considered to be at a suitable stage for public-facing use, its implementation will be done quietly on the backend so as to avoid any launch hiccups from being spotted. Apple and Microsoft confirmed with Reuters that they’re aware of the shortcomings of FST, though whether they’re actively developing a modern-day counterpart for it is uncertain.