We’re a week out from the official launch of Star Wars: Battlefront 2, even though some of you might already be playing through EA’s various early access schemes. Still, for most people, Battlefront 2 will unlock on November 17, and shortly afterward, EA and DICE will begin pumping out extra content. Today EA revealed a roadmap of the first four weeks of extra content and events for Battlefront 2, including launch dates for content based on The Last Jedi.

It seems that Battlefront 2‘s extra content will be released in seasons. As revealed on EA’s website today, week 1 of season 1 begins on December 5. There isn’t a whole lot going on that week, but players will have to make an important decision concerning who they’re going to fight for over the course of the season. As you’d expect from a Star Wars game, you’ll only have two choices: The Resistance or the First Order. 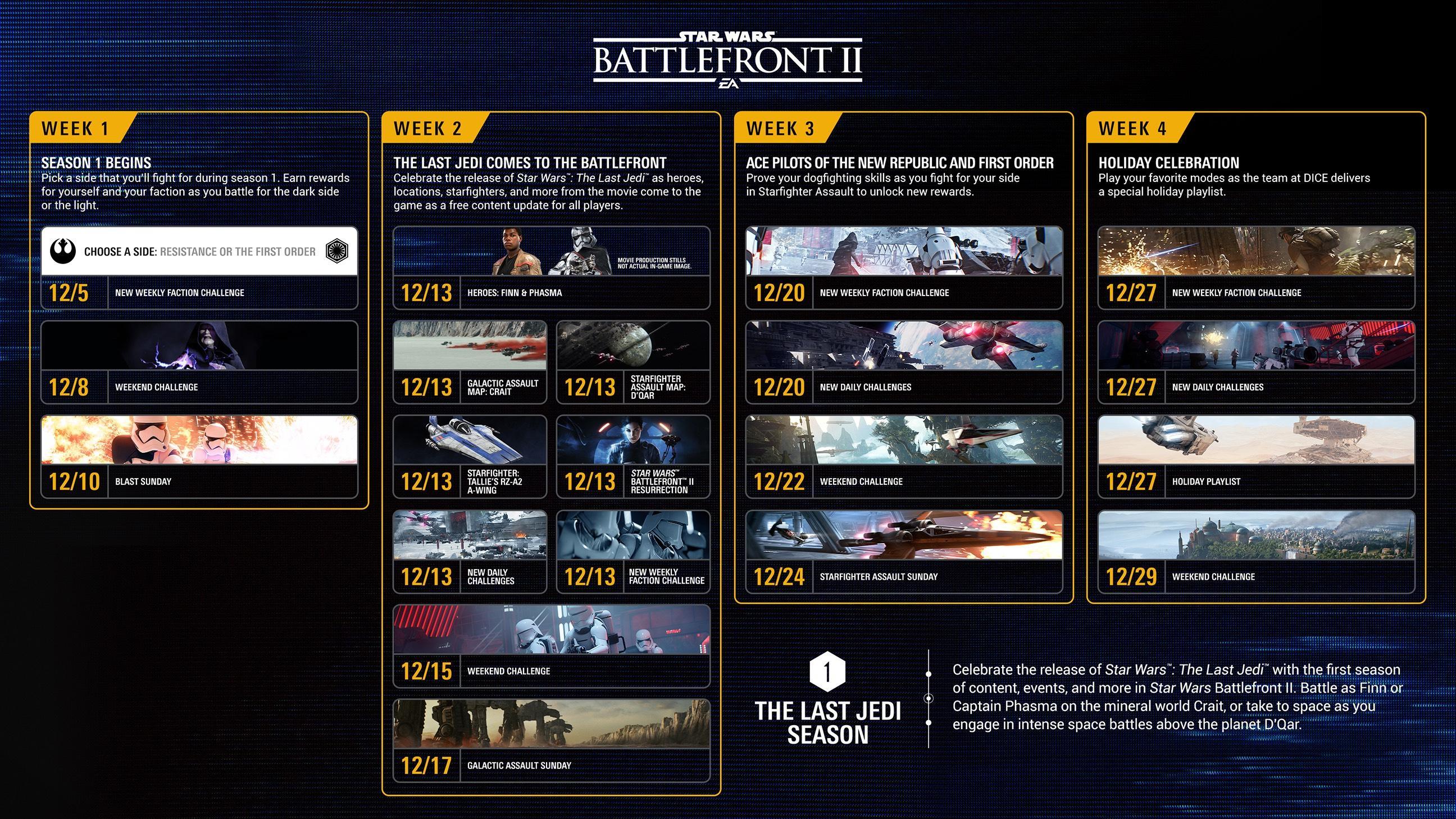 If you’re looking forward to The Last Jedi‘s content, then you’ll be happy to know that things kick into high gear in week 2. On December 13, Finn and Captain Phasma from the new Star Wars trilogy will be added to the game as playable heroes. We’ll also see two new maps: Crait, which is a Galactic Assault map, and D’Qar, a Starfighter Assault map.

Players are also getting a new vehicle that week in Tallie Lintra’s RZ-2 A-wing, along with an upgrade to Poe Dameron’s X-Wing that will give it a new ability themed around The Last Jedi. Finally, EA will be releasing a new chapter of the single player campaign that day. Called Ressurection, this new chapter takes place during the rise of the First Order.

Throughout the month of December, you’ll fight for your chosen faction so choose wisely. Remember, all of this content will be free to everyone who owns Battlefront 2 – EA previously announced that it plans to release all of the game’s extra content for free. The trade off, of course, is that we have to contend with loot boxes, which may turn out to be a bum deal in the end.