Today at Gamescom, Microsoft hosted a long presentation in which it talked about many upcoming Xbox One games. Sprinkled throughout the presentation were console bundle announcements associated with the biggest games of the bunch. Microsoft actually announced quite a few different console bundles today, so let’s go through each of them to see what they have to offer.

Shadow of the Tomb Raider

Shadow of the Tomb Raider is getting two different console bundles: one with a 1TB Xbox One S for $299.99 and another with a 1TB Xbox One X for $499.99. Unfortunately, the console and controller you get in the box don’t come with any special themes or designs, so it’s probably best to view these bundles as a way to jump-start a game collection with a highly-anticipated title. 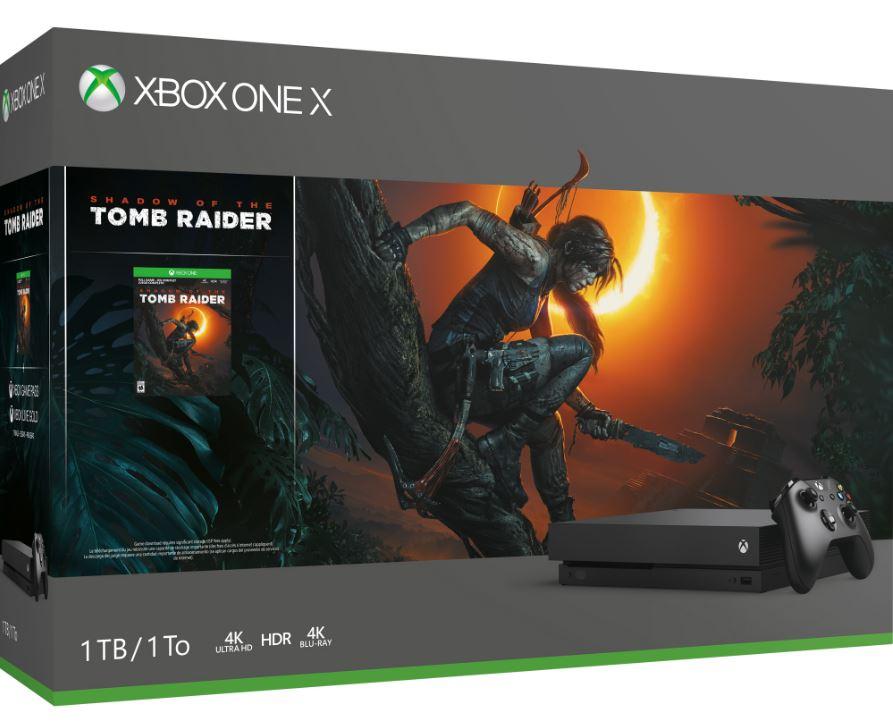 They will, however, both come with a free month of Xbox Game Pass, a 14-day trial of Xbox Live Gold, and a downloadable copy of Shadow of the Tomb Raider, so you are getting a few extras. These consoles are launching on September 14 and are going up for pre-order today.

Given the Xbox One’s rather slim library of exclusives, you can bet that Microsoft is going to try to drive hype for Forza Horizon 4. Like the Shadow of the Tomb Raider bundles, these bundles don’t feature any special consoles – instead, you’ll simply get the standard 1TB Xbox One S ($299.99) or 1TB Xbox One X ($499.99) along with a digital code for Forza Horizon 4 and all of the extras that come with the Tomb Raider bundles. 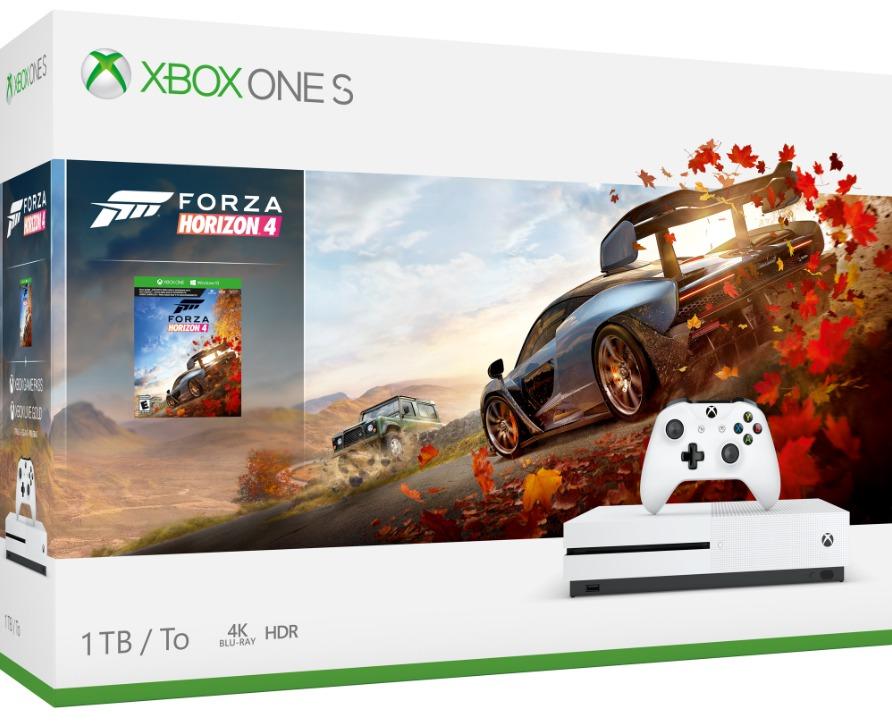 It’s worth pointing out that if you pick up the Xbox One X bundle, you’ll also get a free copy of Forza Motorsport 7, which is a nice little bonus. These bundles are up for pre-order today, with a launch date scheduled for October 2.

The special edition Xbox One X Microsoft has prepared for Battlefield 5 is definitely the most exciting machine of the bunch. Say hello to the Xbox One X Gold Rush Special Edition Battlefield 5 Bundle, as it is officially called over at Microsoft HQ.

The bundle comes with the console and controller you see below, along with a downloadable copy of Battlefield 5 Deluxe Edition, a free month of EA Access, a free month of Xbox Game Pass, and a 14-day Xbox Live Gold trial. Like every other Xbox One X bundle that was announced today, this will cost $499.99, with pre-orders opening today and launch scheduled for October 16.

If you’re not into the color scheme of the console you see above, you can instead pick up a 1TB Xbox One S console for $299.99 or a 1TB Xbox One X bundle for $499.99, both of which come with a downloadable copy of Battlefield 5 Deluxe Edition. These consoles come with all the extras listed for the Gold Rush bundle above, save for a free month of EA Access. Both will also be launching on October 16 alongside the game. 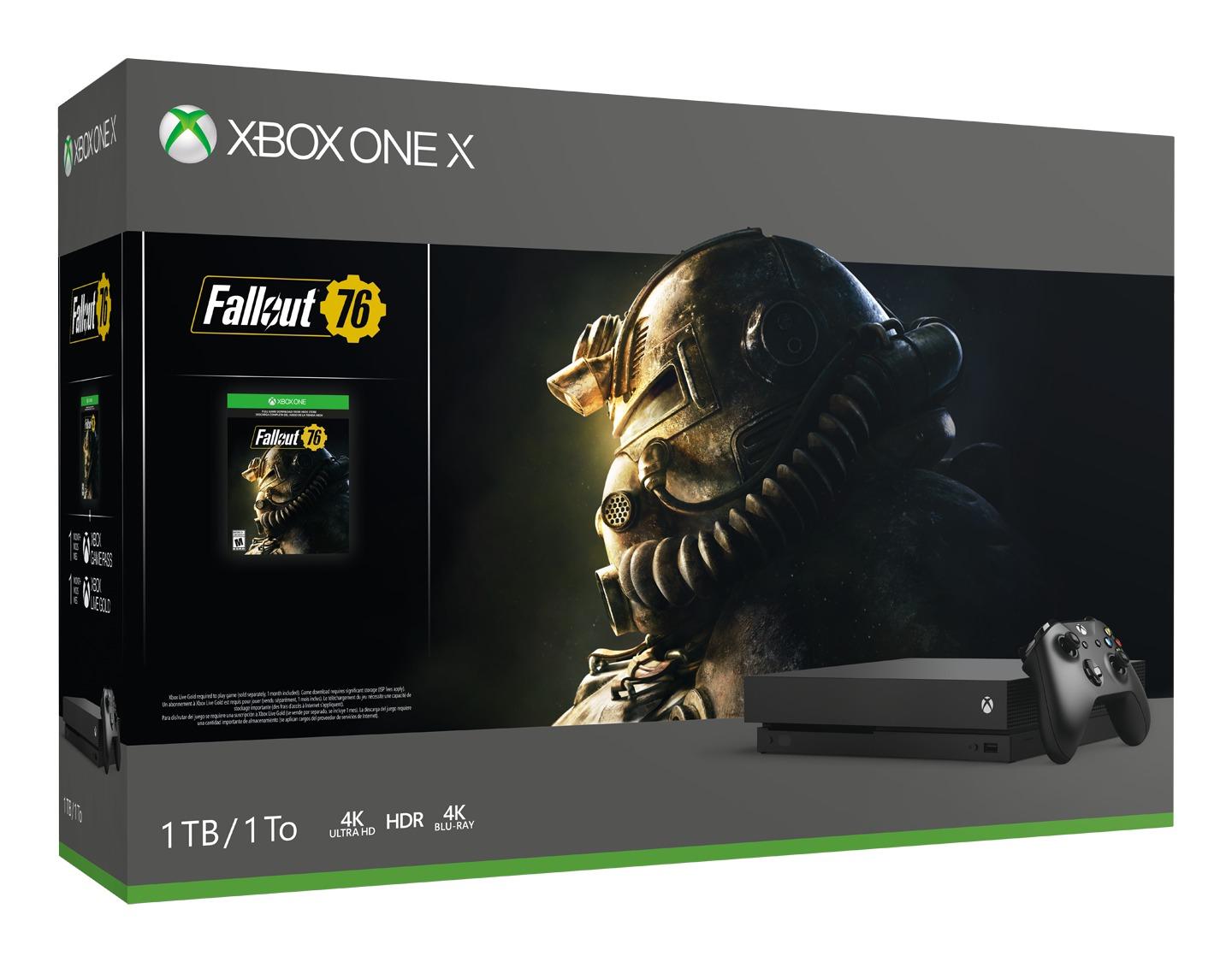 Finally, we come to the Xbox One X Fallout 76 bundle. Unlike every other game getting its own console bundle, Fallout 76 won’t have an Xbox One S option. Instead, you’ll only be able to pick up the game in a bundle with an Xbox One X, and though pricing wasn’t confirmed, it’s probably safe to assume that it’ll cost $499.99. Extras include an Xbox Wireless Controller, one month of Xbox Game Pass, and one month of Xbox Live Gold, giving you a little extra Gold time on the house. We’ll see this bad boy launch on November 14, with pre-orders going live today.

So, if you’re looking to buy an Xbox One S or Xbox One X, it might not be a bad idea to choose one of these bundles and pick it up at release. It’s a shame we didn’t see more special edition consoles today, especially for the Xbox-exclusive Forza Horizon 4. Are you planning to pick any of these up? Head down to the comments section and let us know!

Topics Xbox One SXbox One X
Must Read Bits & Bytes