Players of the war game Battlefield 4 on any of its various platforms will know of the map called Paracel Storm. For those lovers of said map, good news is afoot – lead gameplay designer Gustav Halling has suggested through the BF4 blog that “with this expansion we wanted to give players who love [Paracel Storm] more variations in the naval gameplay.” Today the first teaser trailer for Naval Strike has been revealed.

In addition to striking out from a variety of ships, users will be able to roll with a mode called Carrier Assault. This mode of gameplay is an homage to Titan mode in Battlefield 2142, working with two teams trying for control over each other’s aircraft – it’s all about infantry, missiles, and the destruction of two M-COM stations to gain access to the beast.

ABOVE: The first “Teaser Trailer” for Naval Strike. BELOW: “Parcel Storm” multiplayer trailer – this is already out, but will serve as the basis for gameplay in Naval Strike.

This expansion will be bringing your warriors to the South China Seas, bringing them there in “Late March” so long as you’re a Premium Member. This is the 3rd of five updates to the game, including China Rising, Second Assault, Naval Strike, Dragon’s Teeth, and Final Stand. Both of the final releases will be out inside “Summer 2014.” 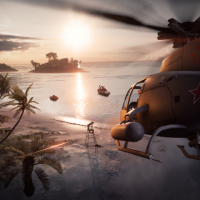 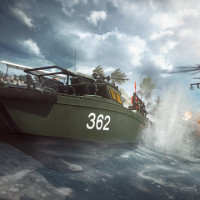 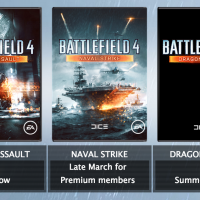 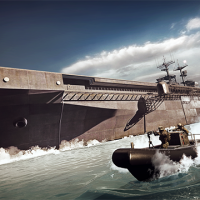 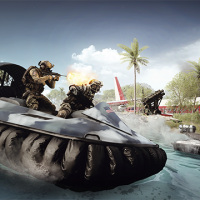