If you think that flying robots are still science fiction, that’s probably because you may have not realized that the popular quadcopter drones are, technically speaking, flying robots. If that doesn’t meet your criteria of a robot and would prefer something less industrial looking, then you might be interested in B2 instead. Short for “Bat Bot”, B2 is a robot that tries to mimic, and learn from, the flying capabilities of bats, resulting in a contraption that is both fascinating and yet creepy at the same time.

Why bats, you might wonder. Well, why not? When it comes to mimicking and studying flying animals, birds are almost always the usual subject matter. But that’s probably because bats’ flying mechanisms are deceptive in that they look simple but are, in fact, more complicated than their avian counterparts.

According to scientists, bats wings have 40 degrees of freedom, something that can’t be so easily replicated by machines without making the robot too heavy for flight. What researchers from University of Illinois at Urbana-Champaign and Caltech did was to reduce that number down to the essentials. In the end, they were left with five degrees of freedom: shoulder movement, elbow movement, wrist bending, and side movement of the legs and the tail.

But that’s only half the story. The other half is the featherless wings of a bat, made of “anisotropic wing membrane skin” which can change its stiffness depending on the situation. Since no manufactured material has those properties, the researchers had to settle instead for a flexible silicone membrane only 56 micrometers thick. It’s so thin that it’s almost transparent. 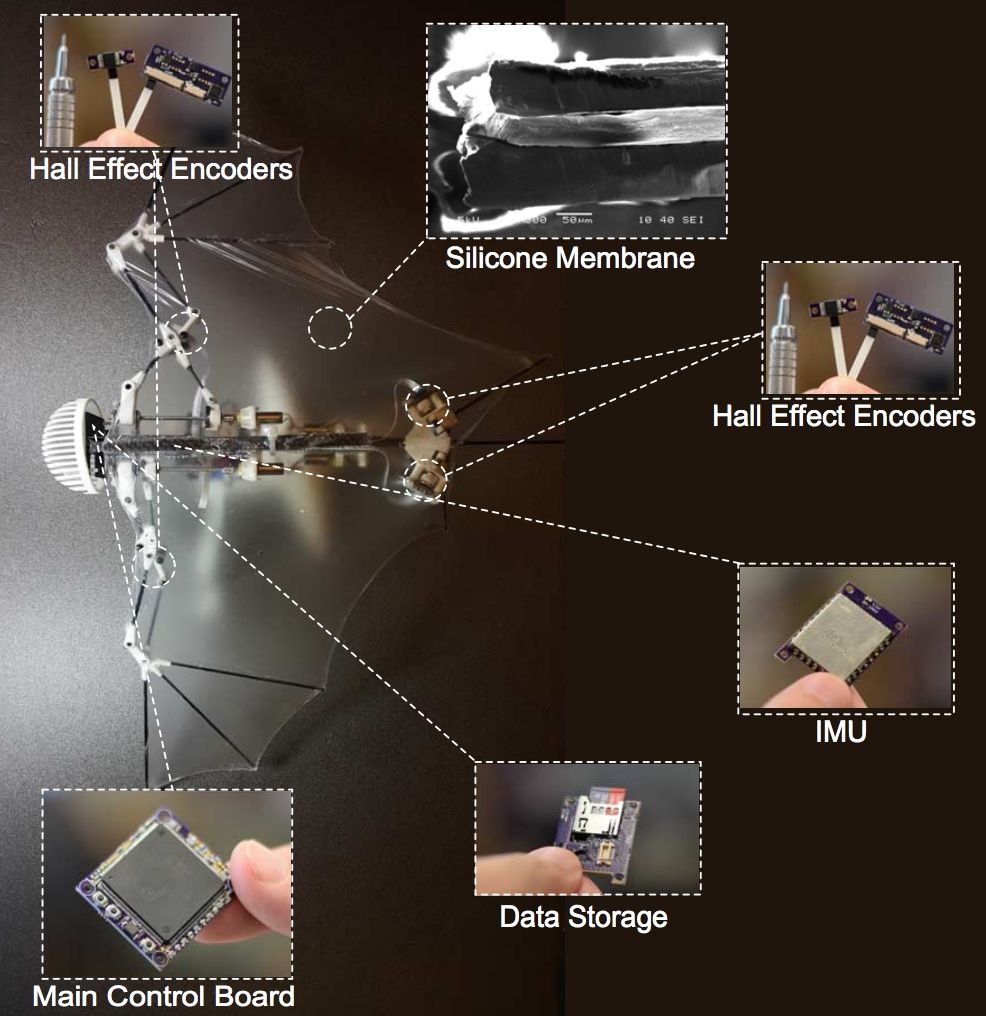 Putting it together, you have the skeleton and wings of a bat, which doesn’t exactly mean it’ll fly. Although it has considerably less degrees of freedom, controlling each of those would be near impossible for a single human. Fortunately, this is a robot and, as such, it can be programmed to adjust according to the needs of flight. The result is a skeleton of a bat that can at least fly straight while flapping its wings, turn, and even dive.

Of course we may never be able to perfectly imitate the capabilities of a real bat, at least not with the technology we have today, but that isn’t the end goal anyway. The researchers hope that their study could help further the development of drones that can be used in more constrained or delicate spaces where the rotors of a traditional drone might be inappropriate. So if in the future you see something like a bat flying around a construction site or a cel tower, better take a second look. It might be a robot after all.