Though the notification from the book company itself doesn’t aim to be too much more than a “by the books” set of information, as it were, the resignation of Barnes & Noble CEO William Lynch appears under the surface to be at least partially due to his involvement with spearheading NOOK. With the growth of the digital reading industry, eBooks, eReaders, and the like, Lynch’s involvement in the environment – and NOOK’s relative failure in the face of industry-swallowers like the iPad and Google’s own initiatives with pushing books to their Android devices – all seems to have been a bit too much for the company’s very recent leadership setup.

Effective immediately there’s been a big change in the company due to the exit of Lynch, that being the bump of Michael P. Huseby to CEO of Nook Media and president of Barnes & Noble entirely. Both Huseby and Mitchell Klipper, Chief Executive Officer of the Barnes & Noble Retail Group, will report directly to Leonard Riggio. Riggio is and has been the Executive Chairman of Barnes & Noble – he also added some comments on the situation, specifically as it relates to NOOK.

“We thank William Lynch for helping transform Barnes & Noble into a leading digital content provider and for leading in the development of our award-winning line of NOOK products. … As the bookselling industry continues to undergo significant transformation, we believe that Michael, Mitchell and Max are the right executives to lead us into the future.” – Leonard Riggio, Chairman 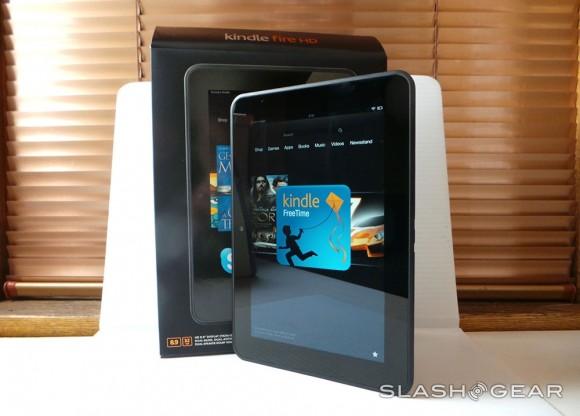 Meanwhile Huseby, taking Lynch’s spot this week, joined the company rather recently. Huseby brought his skills to Barnes & Noble as Chief Financial Officer in March 2012 and will be joined by a rather stiff bit of competition from groups like Amazon through 2013.

If you’d like to learn more about SlashGear’s look at the NOOK lineup over the past several years, you’ll want to head to our NOOK tag portal and our tag portal for Barnes & Noble in general. It’s through NOOK that the company remains majorly significant in the technology news world while its apps continue to pop up as default in Android devices galore – stay tuned!