Bang & Olufsen has revealed its latest speaker, the Beosound Balance, intended to hold up to scrutiny even when you’re not listening to it. A solid oak base, topped with a knitted textile cylinder, it has touch controls and supports multi-room playback through services like AirPlay 2 and Chromecast.

The design is the handiwork of studio LAYER, and B&O says the goal was something which didn’t immediately leap out as a piece of tech. Instead, the Beosound Balance is intended to look more like a small sculpture. 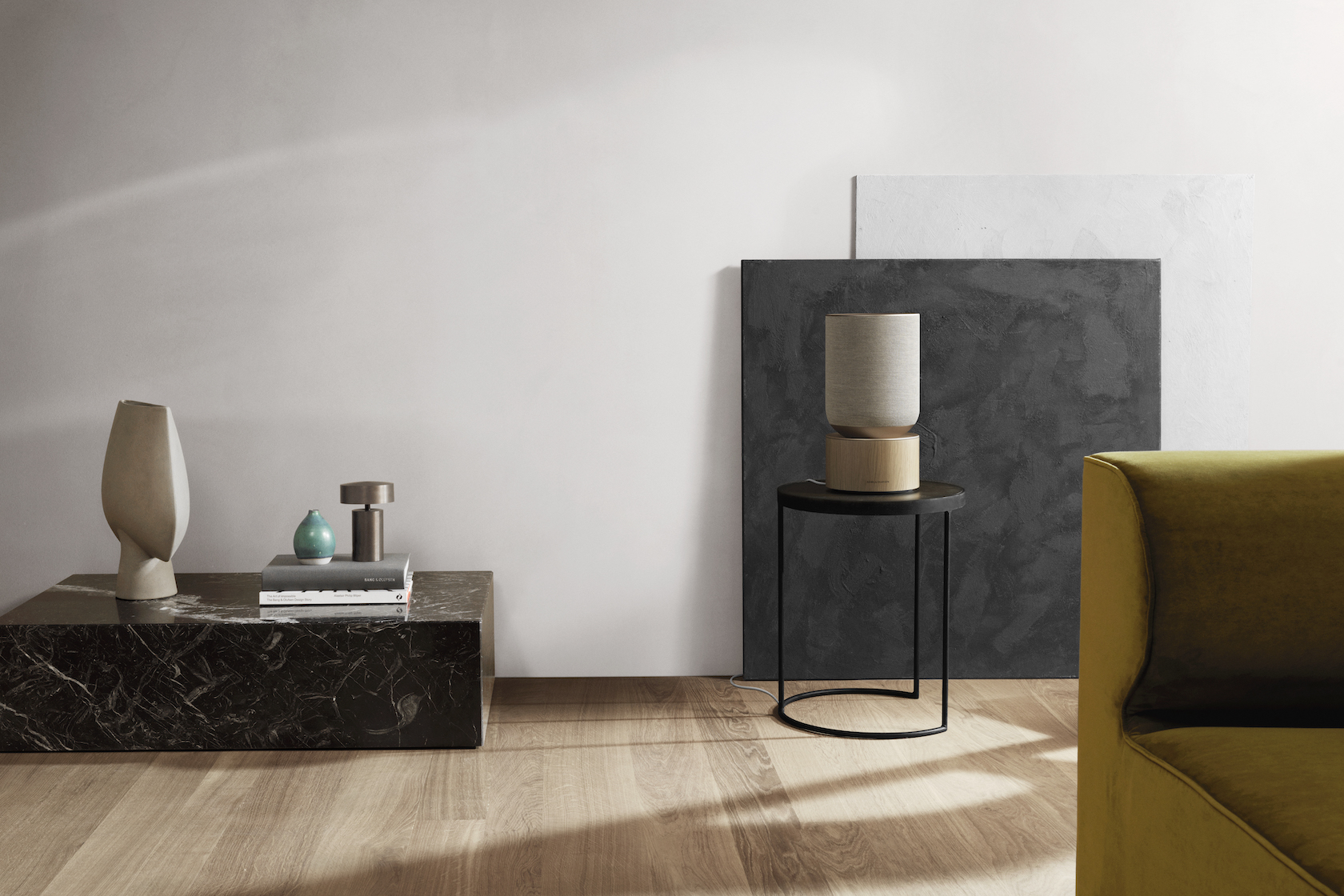 Of course, looking good is no use at all if the sound doesn’t hold up too, especially given – as this is Bang & Olufsen – it has a premium price tag attached. There are seven drivers inside, including two opposing woofers that are meant to cancel out the sort of low-end vibrations that can travel through walls and upset neighbors or sleeping spouses. The acoustic lens technology of the more expensive Beolab speaker range has been tapped for the Beosound Balance too, with a pair of sound modes that can direct how it aims its audio. 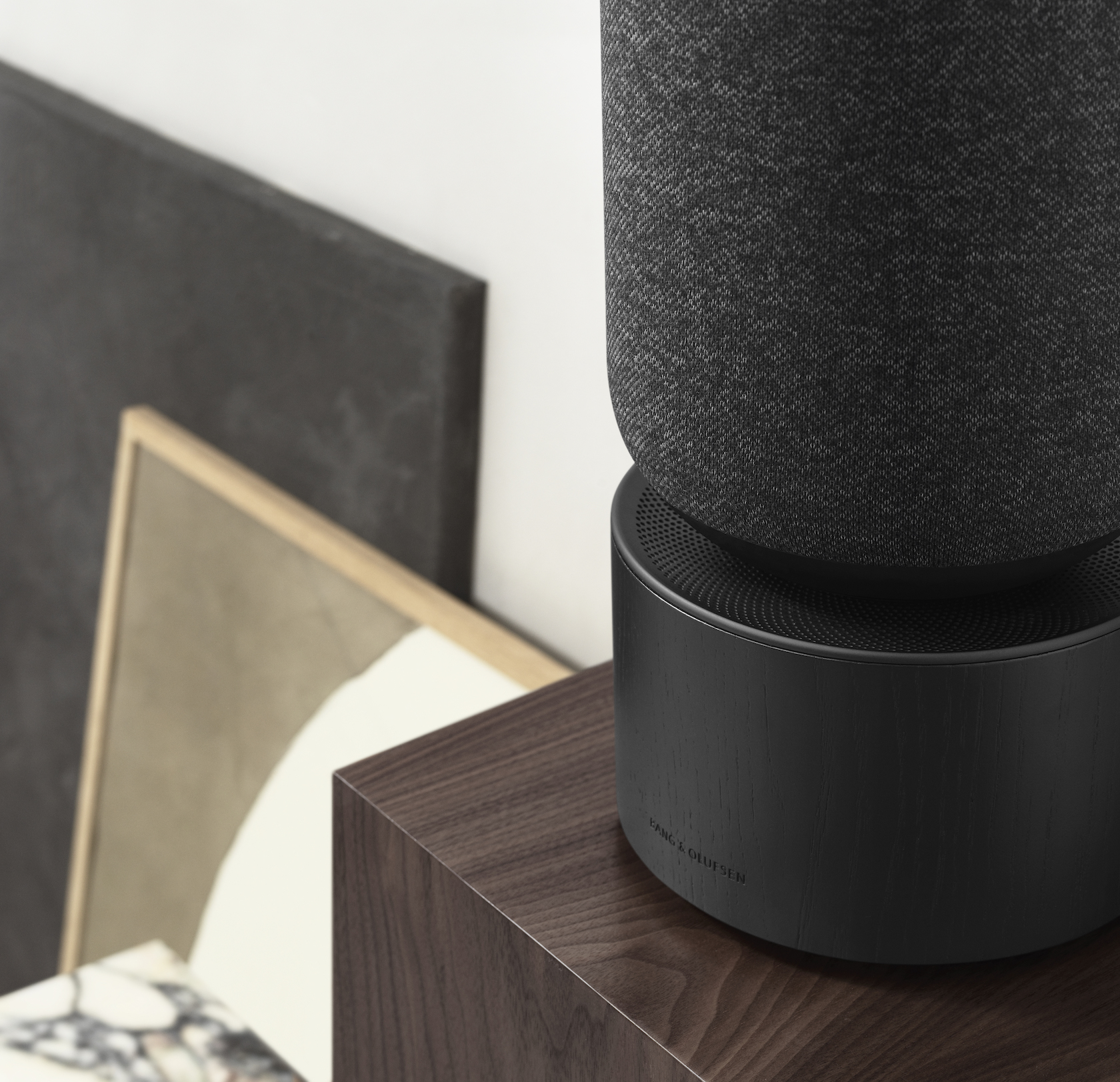 In omni-directional mode, for example, the audio is 360-degrees around the speaker so as to fill the whole room. Sound mode, meanwhile, focuses the audio more directly. Either way, there’s active room compensation which kicks in during the initial setup, using an internal microphone to create a custom EQ to suit the space it’s in. 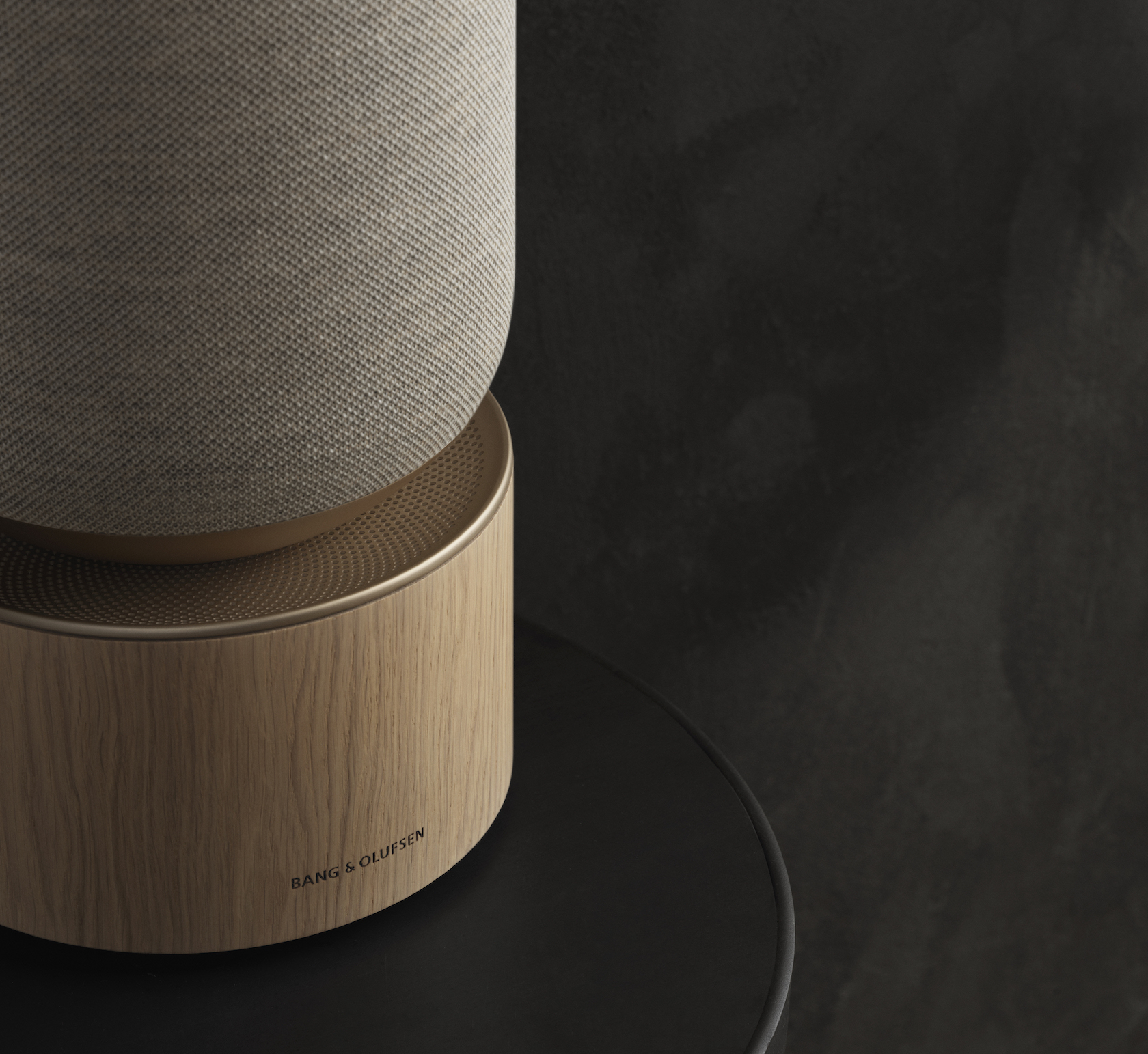 For playback, there’s support for Google Chromcast, Apple AirPlay 2, and Spotify Connect streaming, along with the ability to link multiple Beosound Balance speakers together for multi-room use. Amazon Alexa and the Google Assistant are both baked in, for voice control assuming the speaker is connected to WiFi. 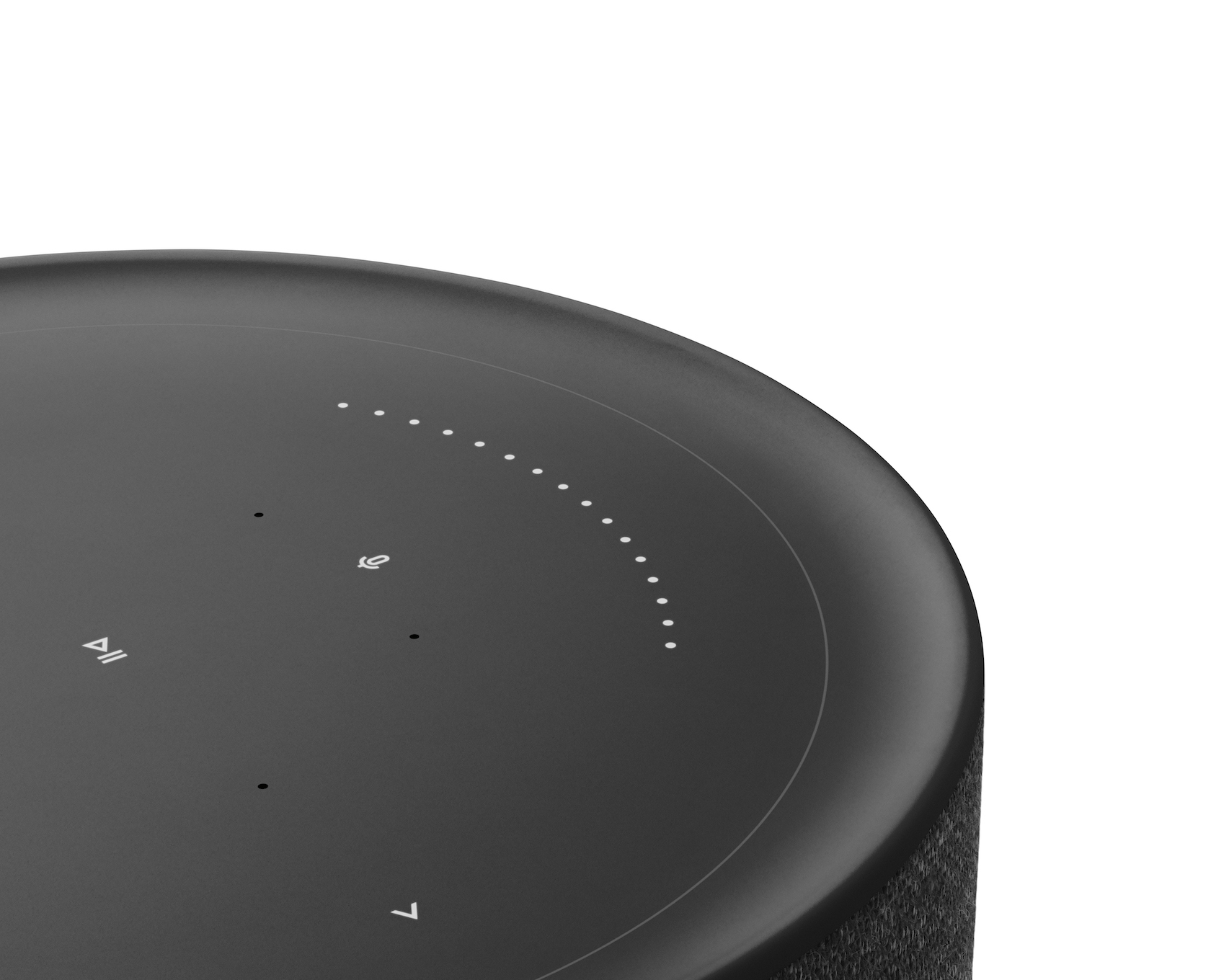 You might want to use the manual controls instead, though, which have the typical Bang & Olufsen mixture of thoughtfulness and drama to them. Get close to the speaker and the interface automatically lights up with touch controls. Swiping around the top plate adjusts volume; tapping the illuminated icons handles play/pause, skipping tracks, and landing pre-selected favorite playlists. 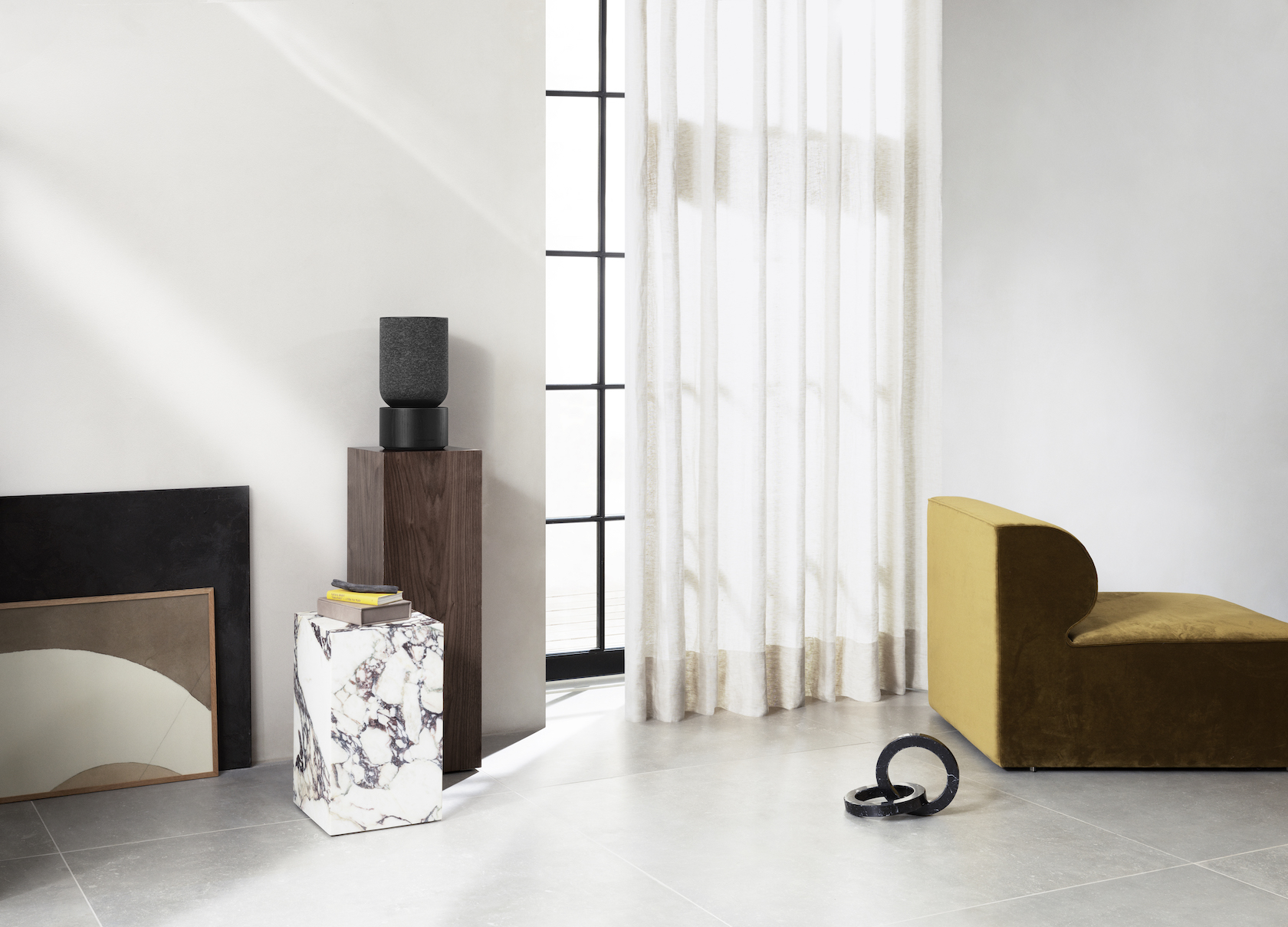 All that comes at a price, of course. The Beosound Balance will come in at $2,250 when it goes on sale from March 5. It’ll be offered in Natural Oak and Black Oak.