A study published this week showed a pair of tyrannosaurus rex fossils that are the sort that’ve never been found before. At least, not by modern humans that had any idea what they were looking at. Such is the way of things, when it comes to objects millions of years old: Sometimes you just don’t know what you’ve got, because how on earth could you?

The t-rex action we’re looking at today includes two fossilized bits of dinosaur. Most importantly, here, is the notion that these fossils may’ve come from from tyrannosaur embryos. These would be the tiniest (earliest in their life, that is) t-rex fossils ever discovered. Images from the report are via LiveScience – the full research paper will be published soon. 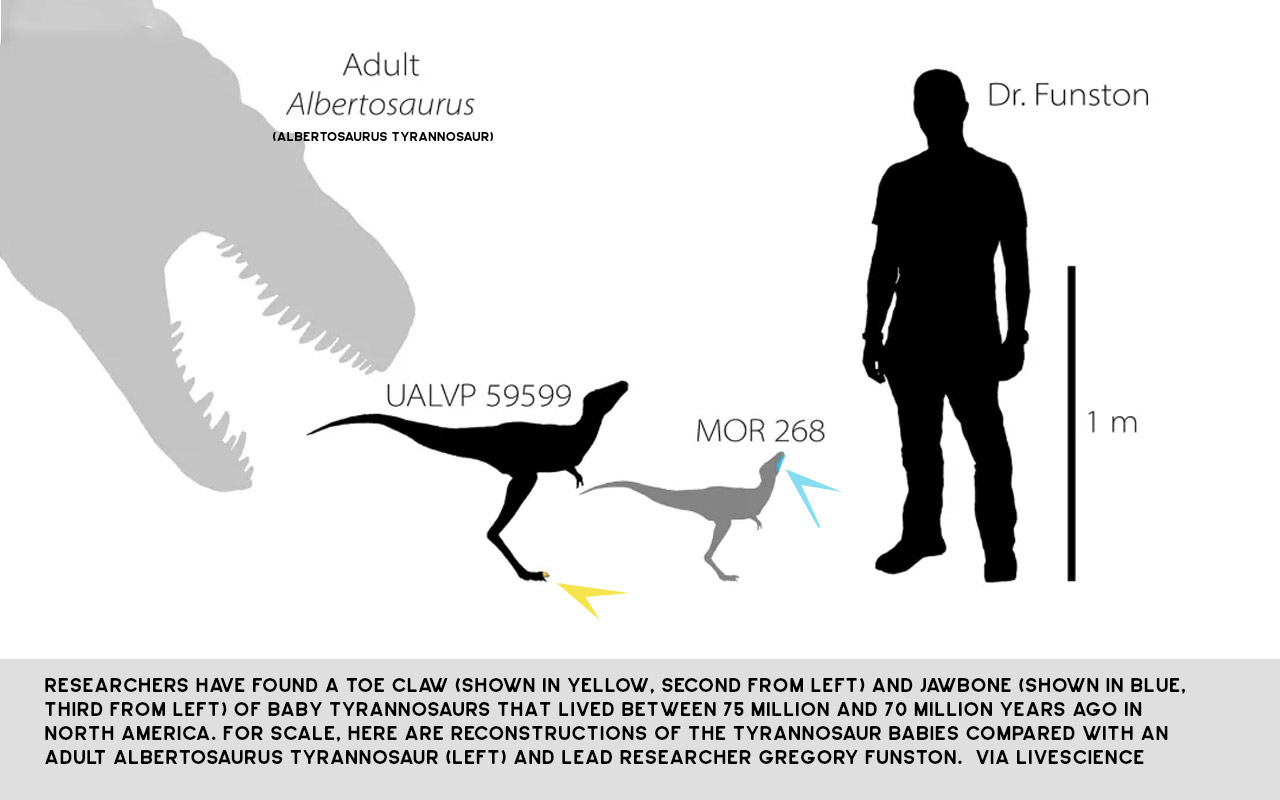 One of the two pieces of thunder lizard was a toe claw first discovered in Alberta, Canada in the year 2017. Because of what was learned about this toe claw, the team re-analyzed another fossil that’d been discovered even earlier – a tyrannosaur jawbone first found in Montana in the year 1983.

Proper study of the jawbone hadn’t been done before, due to the precarious nature of its existence. This jawbone’s been embedded in rock since discovery – removal of the rock would quite likely destroy the fossil in the process. Due to what’s been learned about the new toe claw and modern analyzation techniques*, the jawbone has revealed new previously-unknown information about embryonic tyrannosaurus rex.

*One system used to analyze this jawbone that hadn’t been used on the fossil before was a scan with a particle accelerator. Scanning the entire rock, researchers were able to reconstruct the jawbone virtually. Based on what was learned about the jawbone, a full embryonic t-rex skull was drawn, revealing a size roughly that of a mouse. Inside a t-rex egg, this pre-hatched t-rex embryo had a skull that’s around the same size as your pinky finger. Sort of like the last dragons in Game of Thrones (before the Mother of Dragons, of course). 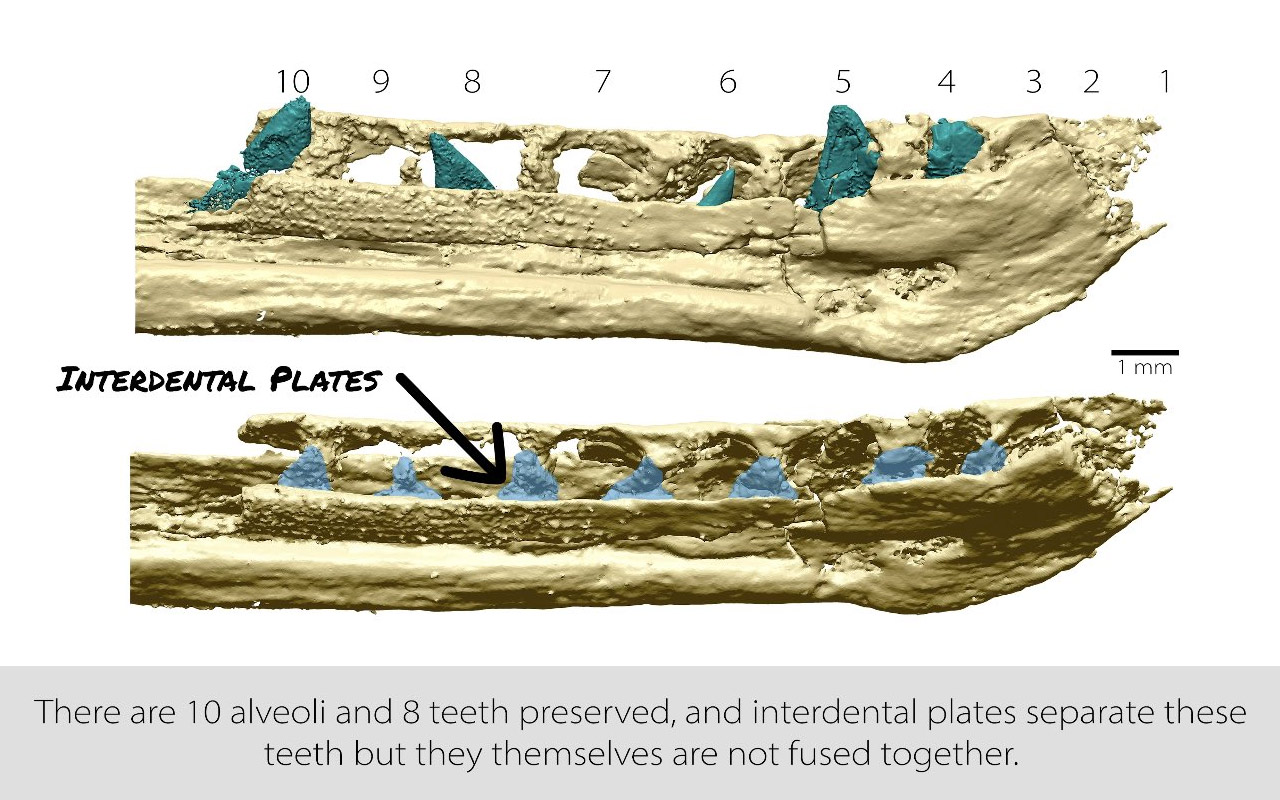 Per the outline of the report, “A tiny dentary, measuring just twenty-nine millimeters long, from the Two Medicine Formation of Montana already exhibits distinctive tyrannosaurine characters, and reveals the earliest stages of tooth development. Perinatal teeth, a possible premaxilla, and an embryonic ungual from the Horseshoe Canyon Formation of Alberta likewise show that the hallmark characters that distinguish tyrannosaurs from other theropods were present early in life.”

We’ll know more about the research when the full report is published. This information was delivered first by researcher Gregory Funston at the Society of Vertebrate Paleontology 80th Annual Meeting (Virtual 2020). The platform will be open for viewing starting on Saturday, the 17th of October, 2020. That presentation was titled “BABY TYRANNOSAUR BONES FROM THE LATE CRETACEOUS OF WESTERN NORTH AMERICA” and it included researchers Funston, Gregory F., Powers, Mark J., Whitebone, Stephanie A., Brusatte, Stephen, Scannella, John, Horner, John R., Currie, Philip J..