A new (rather old) lizard has been discovered by scientists who suggest it was the first “Jesus Lizard” in the world. This isn’t the only lizard in history to have the ability to run across the water. This creature’s very distant cousins still skim the surfaces of lakes today. The Babibasiliscus alxi, or “Babi”, is now the most ancient known lizard to be able to appear to use superpowers to run across bodies of water where most any other creature would quickly sink.

While Jesus was assumed to live in the first years after the turn of the year zero, this creature lived many, many years before that. Just 17-million years after the extinction-level-event that destroyed the world of dinosaurs, Babi skittered across the water. Babi gets its name in honor of local Shoshoni people, honoring them in their original inhabitation of the area the animal was discovered. 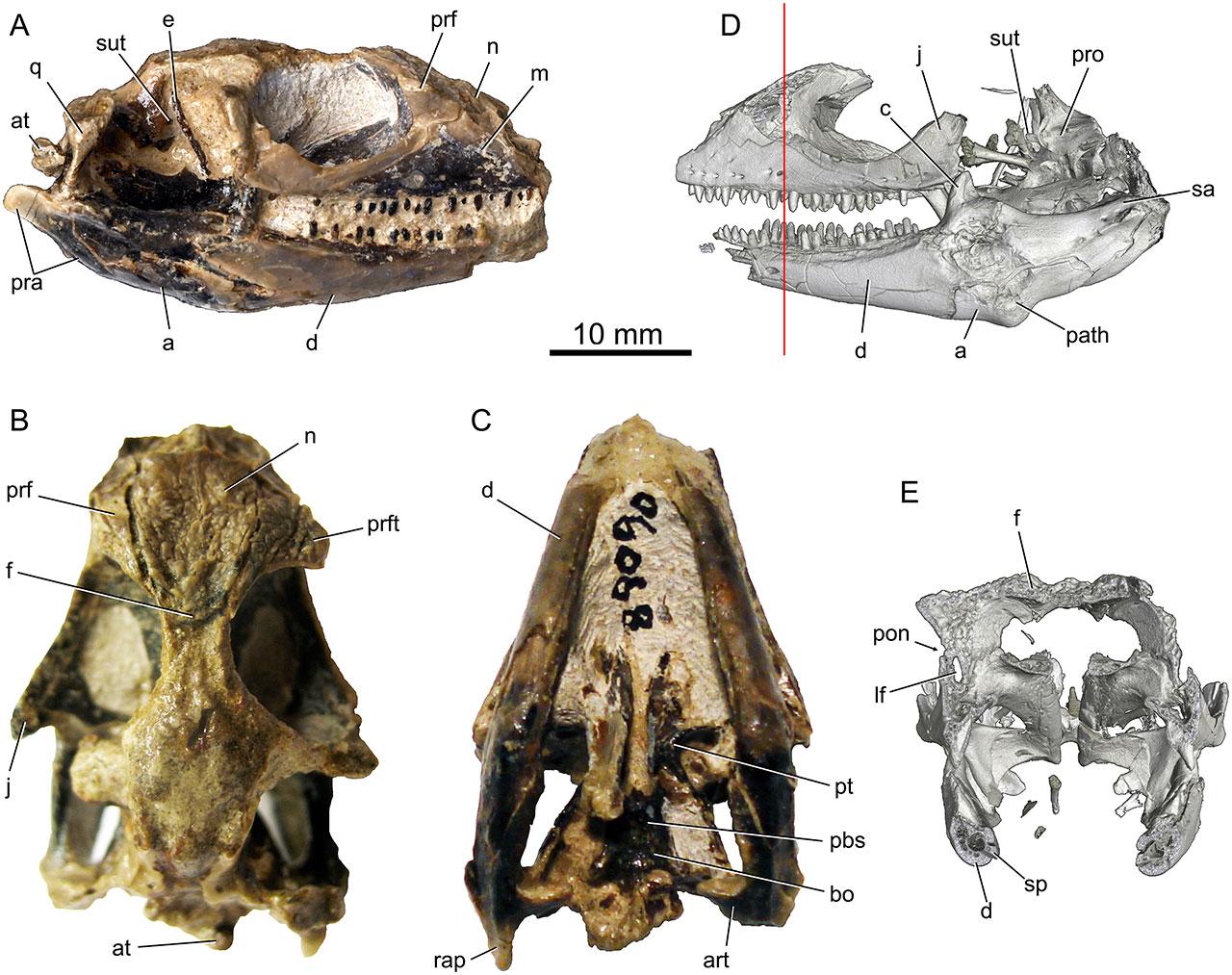 ABOVE: Fig 1. Holotype (UWBM 89090) specimen for Babibasiliscus alxi nov. taxon. “Photographs in (A) right lateral, (B) dorsal, and (C) ventral views. Digital reconstructions derived from HRXCT in (D) left lateral view and (E) transverse section. The vertical red line in (D) indicates the plane of section in (E).” VIA doi:10.1371/journal.pone.0127900.g001

The name means “older male cousin”, more or less, and also refers to the animal’s relation to corytophanid lizards. Also at the request of Christian A Sidor, “the species name honors John P. Alexander, who discovered the holotype.”

Corytophanid is the family, while the suborder is Iguania. This family splits into several Genera, another of which is Basiliscus.

Below you’ll see a Basalisk running across water via a National Geographic special on what they call the “Jesus Christ Lizard.” This is not Babi, it’s one of its more modern relatives.

Other than its inherent oddness in being able to run on water, this lizard is strange in its location. According to the paper on the subject published this week, “Babibasiliscus alxi represents the first conclusive record of a crown-group corytophanid from extratropical North America.”

It’s suggested that previous knowledge supported a tropical origin for the group – since that’s where they all live now. “Discovery of Babibasiliscus alxi from North America offers additional complexity for the biogeographic history of this clade.” 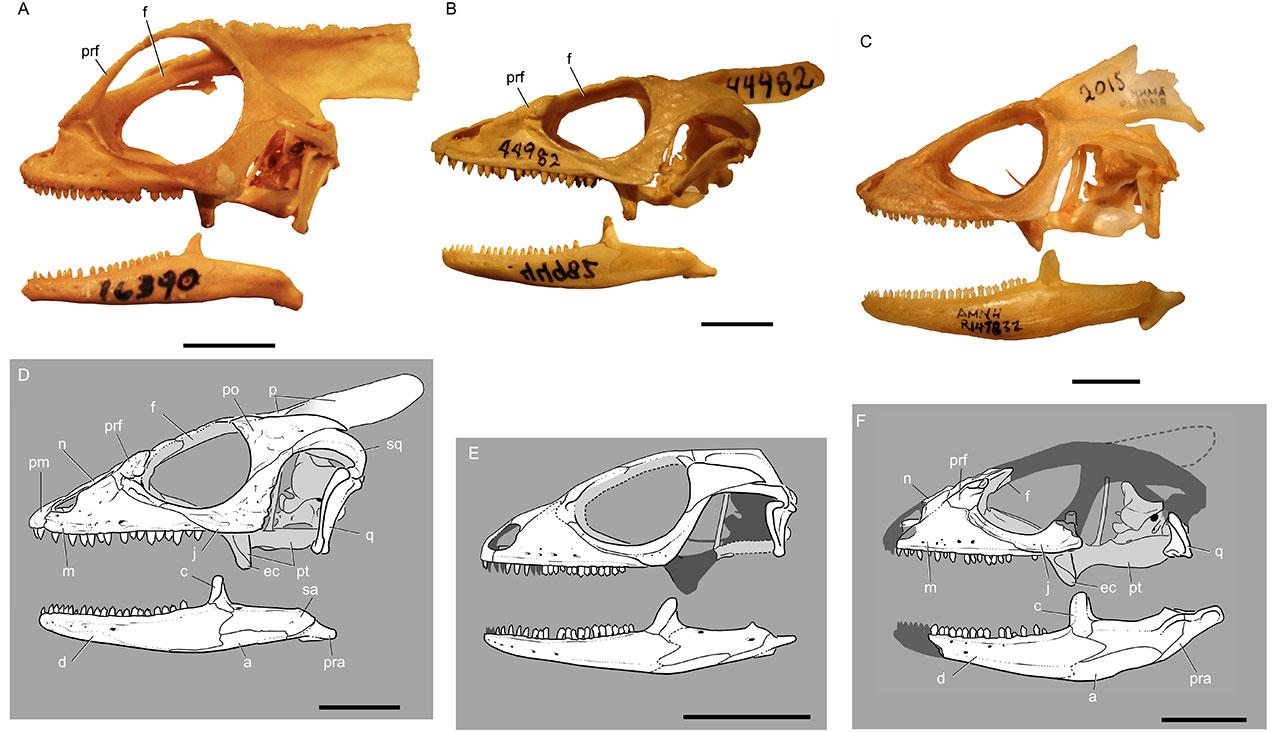 The authors behind this study suggest that one possibility is that some northern iguanas simply went extinct while others went south over long stretches of time. “Later members of those clades were likely pushed toward the Equator as that area became more suitable and the higher latitudes cooled.”

The full study can be found with the title “A New Eocene Casquehead Lizard (Reptilia, Corytophanidae) from North America” by author Jack L Conrad, Department of Anatomy, NYIT College of Osteopathic Medicine and Department of Vertebrate Paleontology, American Museum of Natural History. This paper can be found under code DOI: 10.1371/journal.pone.0127900 in the scientific journal PLOS ONE.