Of all the muscle cars from the 60s, one of the most iconic is the Chevrolet C2 Corvette. Originally, Corvettes of that vintage were powered by American V-8 engines. A company called AVA is reimagining the classic Corvette as an electric vehicle called the AVA Stingray.

The project promises to “re-awake, electrifying, and immortalize” the C2 Corvette by inserting under the hood between 1,200 and 2,000 electric horsepower. Among the team behind the project are automotive legends Peter Brock and Ian Callum. AVA is a small company from Ireland, and they call their electric creation a Hyperclassic.

For those unfamiliar with Ian Callum, he’s a former styling manager at Jaguar and Aston Martin who also operates a company that produces limited-addition products of all sorts. Peter Brock was the youngest designer ever hired by GM and the last surviving member of the team responsible for the original C2 Corvette.

Brock also designed the Shelby Daytona Cobra and other iconic cars. AVA is offering little in the way of details on the AVA Stingray at this time. Among the big mysteries are when production will begin, how many units will be planned, how far it will drive, and its cost. 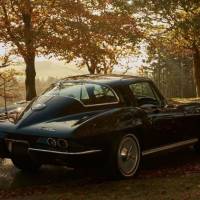 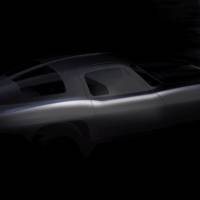 It does sound as if the AVA Stingray will be a bespoke production that allows each to be customized to their owner. Another mystery is if the company is using actual vintage Corvette bodies. As rare as the C2 Corvette is, we’d wager they are using reproduction components to build the cars. We will certainly be on the lookout for more information.