When we first played the game known as Auralux, it was back in July of 2012 on a Google Nexus 7 tablet – now this masterpiece has come to iOS. Finally you’ll be able to experience what NVIDIA Tegra smartphone and tablet users have been tapping along with for so many months – Wardrum Studios has brought the minimalistic battle of brightness to your iPhone, iPad, and iPod touch at last! And it feels so fabulous!

What you’re getting here is a game that was originally released on the NVIDIA TegraZone. That means that NVIDIA helped to optimize the game (as it existed back then) for Android devices working with their Tegra processor lineup. Now that Wardrum Studios has given the world a taste of that iteration of the game, an Apple-hungry twin is born. 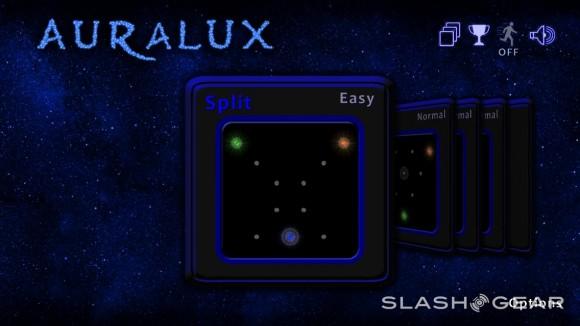 Here with the iOS version of Auralux you’re getting basically the same game with the same game mechanics, this time with no restrictions on which processor you’ve got (since iOS is run by Apple, and Apple commands all iOS devices). This game consists of a series of planets, each of them owned by whichever team of colored points of light has taken it over. 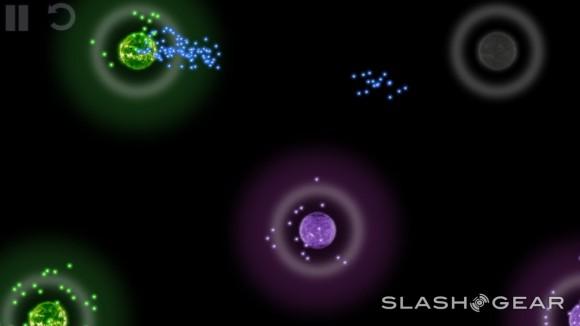 Once you’ve taken over a planet, your planet begins to produce more points of light. As you move forward to other planets, you’ll find that your enemies (different colors) will be wanting to command planets as well. Once you and an enemy reach a point where you both want the same planet, you’ll do battle. This whole while you’ll be hearing some rather lovely background music – the battle adds to this ambiance with a song all its own. 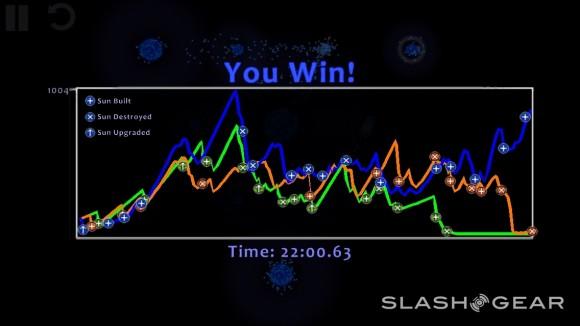 This app is available in the iTunes Appstore right this minute for free. The folks at Wardrum Studios make their cash from your need to expand the game once you’ve beaten the first several levels. You can continue to challenge yourself to beat these levels over and over again, of course – if you get that far – or you can pick up packs of levels with in-game purchases. Make with the fun!