Over-the-ear headphones get your hopes up. Those who choose to wear bulky cups balanced on top of their heads expect to be rewarded with above-average sound quality to make up for the lack of convenience, particularly on consumer-grade cans designed to be used outside of a studio environment. The Audiofly AF240 represent the first attempt by the Australian company to bridge the gap between the earbuds it’s known for, and the new territory that comes with the over-the-ear market.

Crack open the box and you’re greeted with a cheerful leather-and-plastic design highlighted by bronze Audiofly lettering on each cup and a brushed metal look on the stalks linking them to the headband. There’s also nice texturing on the outside of the cups themselves, which further adds to the high-end look. 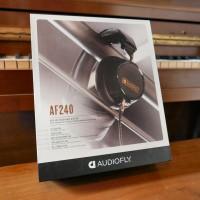 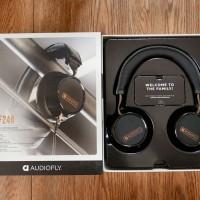 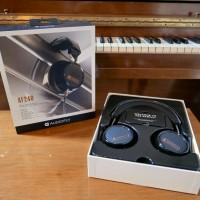 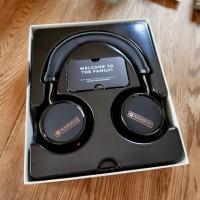 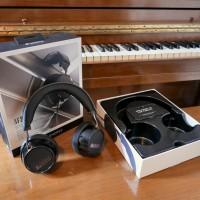 There’s a canvas carrying bag that comes with them – which you will most likely never use – and braided cables with a microphone for mobile phone use that are also detachable, a nice feature on an affordable product like the AF240.

The first thing that struck me about the Audiofly headphones was just how light they felt when I lifted them out of the package, an impression that was duplicated after wearing them on my head for a full afternoon. Big enough for others to notice you’re wearing them, but not bulky to the point where they are grinding down your ears after a few hours, the AF240s strike a nice balance between size and mass. 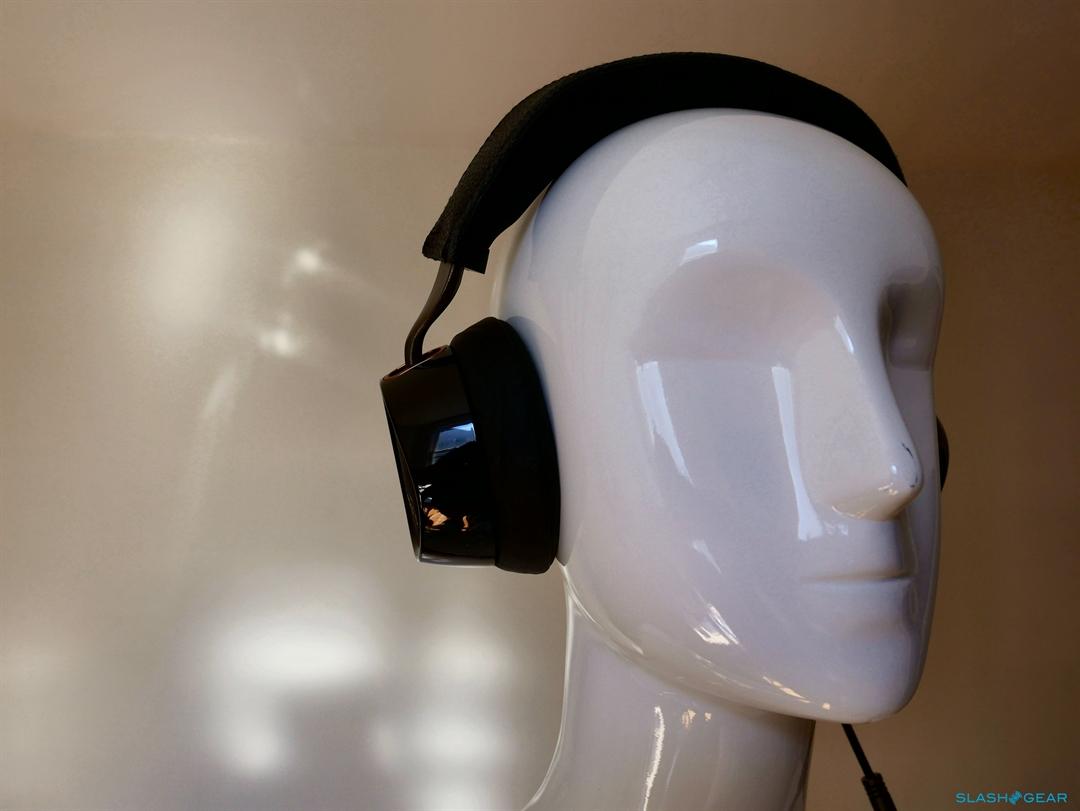 A side effect of the lightweight nature of these ‘phones is that when it comes to keeping out the hustle and bustle of the outside world, there’s not as much isolation as I would have liked. I didn’t expect the Audiofly unit to offer the kind of silent soundstage that you’d get from a noise-canceling design, but the amount of audio intrusion on my listening underscored the lightweight cup feel. 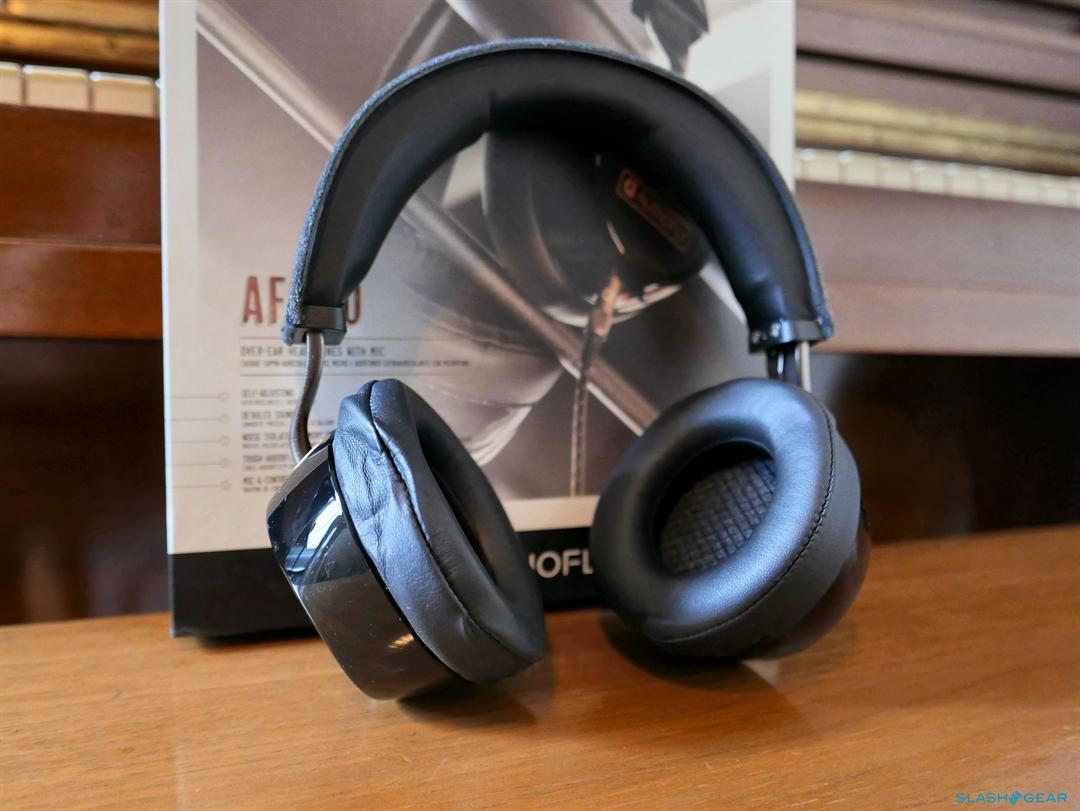 With a 40mm single membrane neodymium driver in each ear, the frequency range for the AF240s is listed at 20-20kHz, with a sensitivity of 103dB. An impedance of 16 ohms means that you don’t have to use a big amp to enjoy your tunes with these headphones, so mobile devices and media players of all types play nice at normal volumes. I used several different phones when testing the Audioflys, as well as my Marantz 2270 amplifier (using a 1/8 to 1/4 adapter). 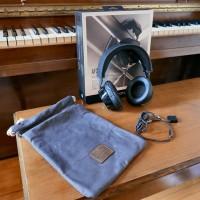 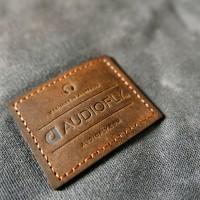 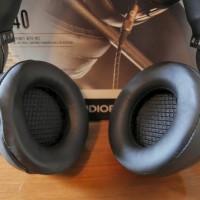 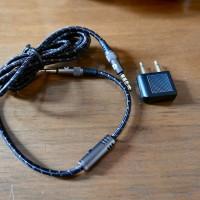 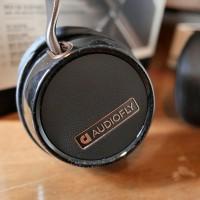 In terms of audio quality, I have to rate the Audiofly AF240s squarely in the middle of the pack. Listening back-to-back against my Sony MDR-7506s – the gold standard here in my studio for all frequency responses flat and wonderful – there’s a clear lack of detail from the AF240s at the high end across multiple styles of music.

A saving grace is the fact that bass isn’t over-boosted to the point of being muddy, which leaves more room for other frequencies in a given recording to tickle your ear, but turn up the juice a little too high and you’ll start to distort the Audiofly headphones to the point of diminishing returns. 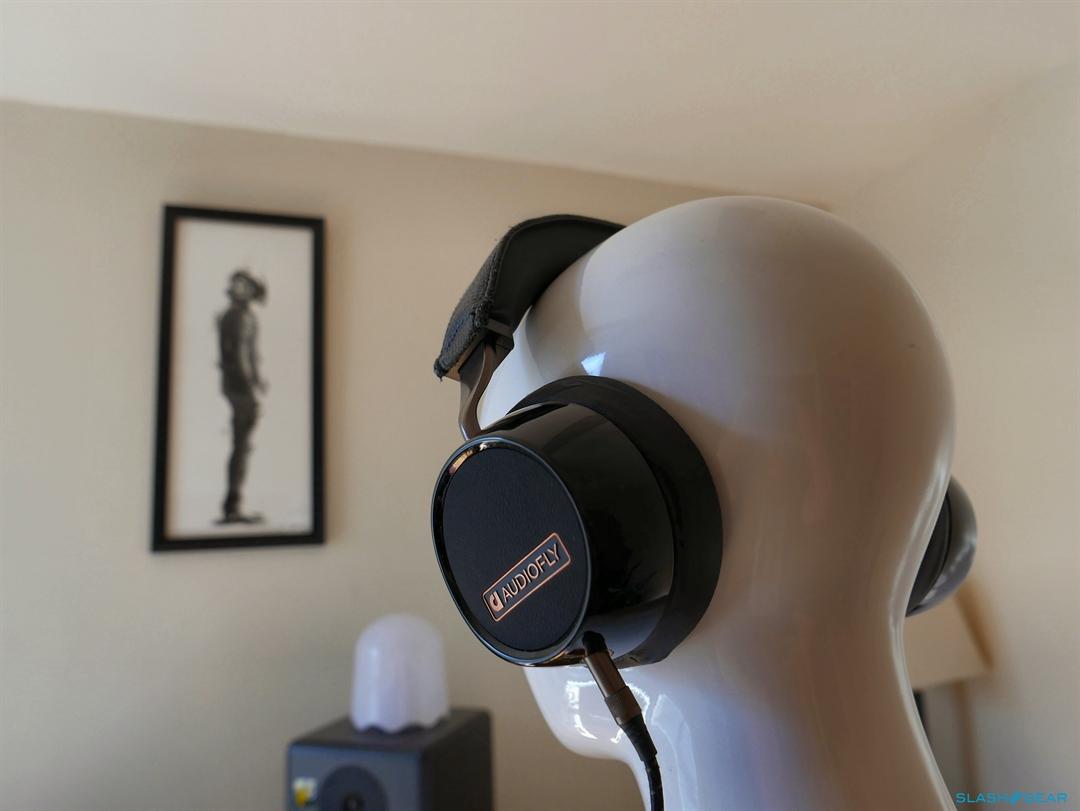 If you enjoy the vocals most in whatever music you prefer, then you will most likely be happy with the moderate bass and warm mid-range tones produced by these headphones, but if you’re more interested in exploring the intricacies of the upper range of frequencies you’ll be frustrated by the lack of separation offered by the Audiofly pair. If all you want to do is blast bass-heavy tunes all day long, then perhaps you’d be better served shopping in the Audio-Technica aisle. 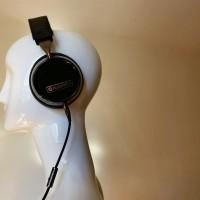 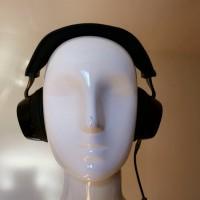 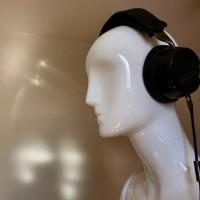 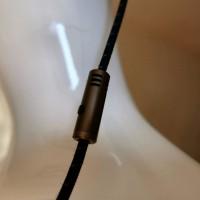 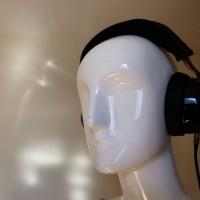 There’s really nothing ‘wrong’ with the Audiofly AF240s headphones, and for an MSRP of $249.99 you’re not spending a huge amount of money. Rather, there’s really not much about the AF240s that make them stand out from the rest of what’s available at its price point – or even below.