Audi Artemis concept revealed: The autonomous EV that aims to upend everything

If you had to define the Audi Artemis project in just a few words, you could say it’s upending, well, everything. How a car is designed, how it’s driven – or, more accurately, how it drives itself – and how the occupants interact with the technology as a result. Today, as Audi pulls back the curtain on just what its Artemis team has been working on, I caught up with Marc Lichte, Head of Design, to hear about big changes and even bigger promises.

Announced in May of last year, Artemis was Audi’s attempt to bring tech startup thinking to the car design world. Taking a shortcut around the traditional route by which a vehicle goes from concept, through design and engineering, and finally, to the dealership, Artemis was to “develop a pioneering model for Audi quickly and unbureaucratically” according to Audi AG chairman Markus Duesmann. 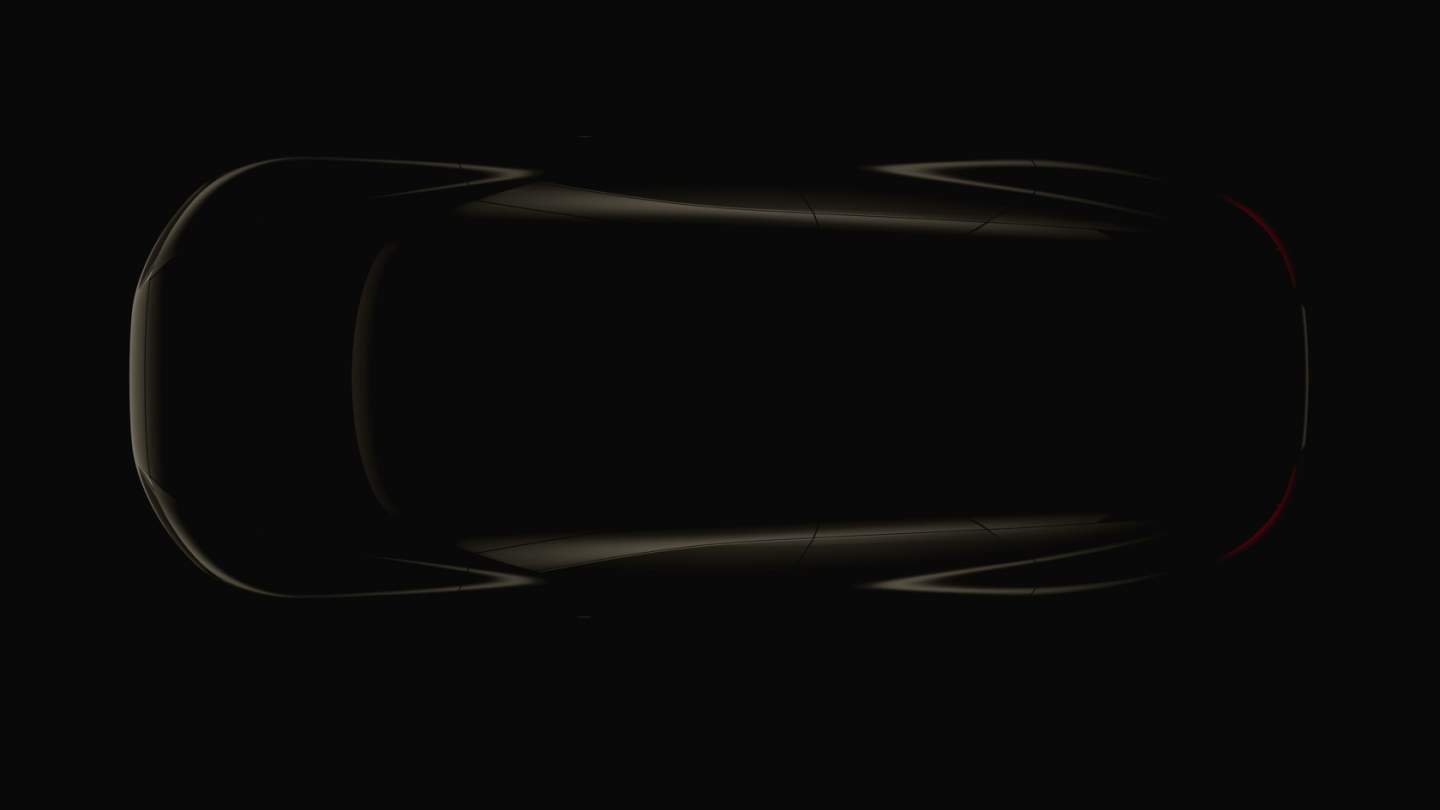 Honestly, like anybody who has covered the automotive segment for any length of time, I’ve heard plenty of promises about upending the design process. Rather than some nebulous strategy, at least, Audi fixed a date to it. Artemis’ goal was “a highly efficient electric car that is scheduled to be on the road as early as 2024.”

That’s looking a little ambitious now, but the official message is that Artemis is still coming. What it has done, though, is give Lichte and the rest of the team an opportunity to rethink how they come up with what’s important in vehicle design.

“You know the last 130 years the car – and I’m talking about all of us, all the other competitors – has been developed always in the same way,” the design chief explained to me. “You know there has been the masterpiece – the engine – and then the engineers came up with the idea to develop the platform, they decide two-seater, four-seater, six-seater. And then we start designing the exterior design, and at the end, the interior. This car – and this is the future – is designed the other way around. We start with the use case … So a long distance, luxury high premium vehicle.”

Lavish four-wheel transportation isn’t exactly absent from Audi’s line-up today: the A8 sedan is among the nicest places to find yourself. However, Artemis taps Level 4 self-driving technology to flip the script on where you sit. 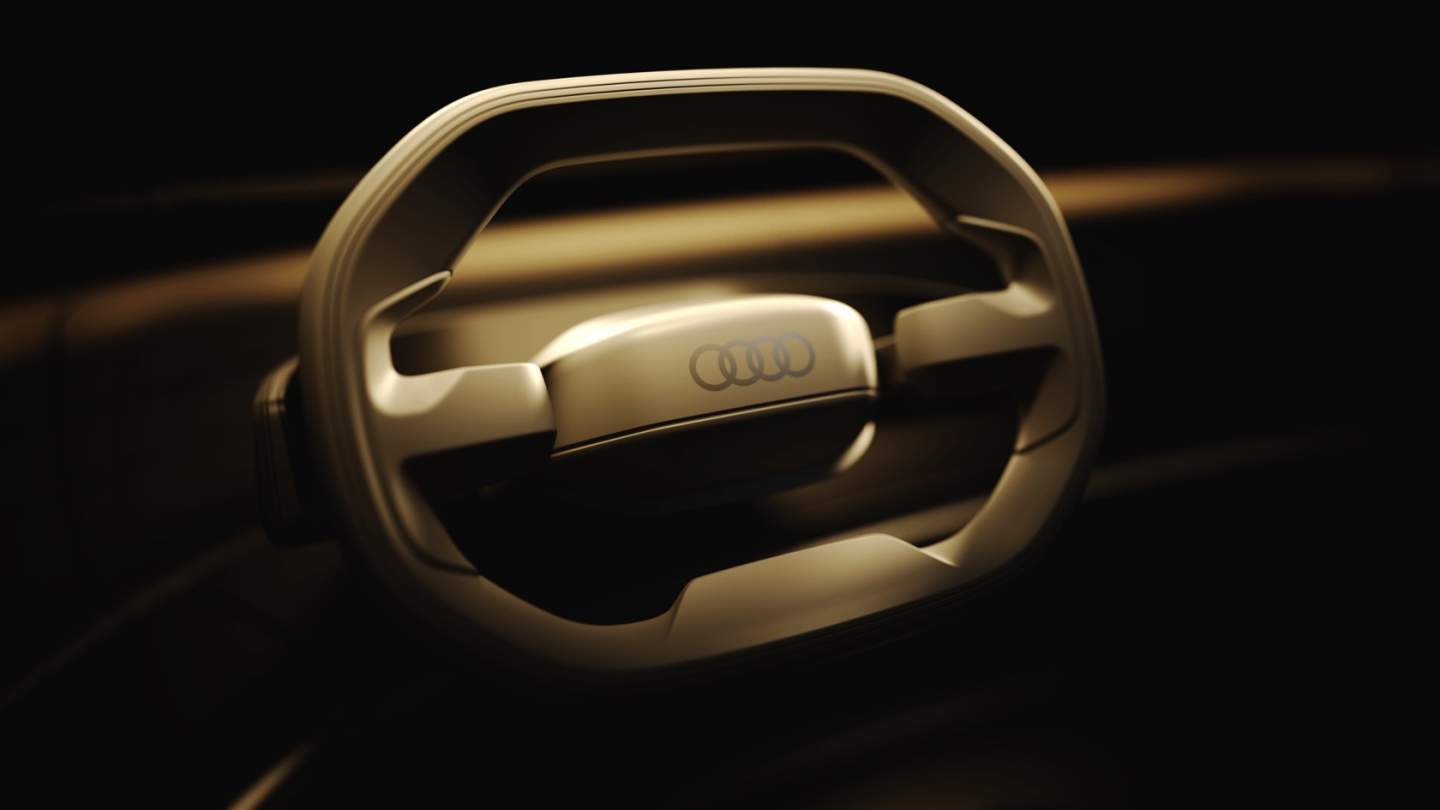 There are traditional controls, but only part of the time. The steering wheel, for example, is designed to retract and fold away, a decision that allowed Audi to rethink the dashboard itself. Or, as Lichte insists, the absence of the dashboard.

“There is no dashboard, because the [biggest] element in the dashboard, or underneath, is the climate generator, so we put this in front of the car,” he points out. “There is no dashboard … there are no screens. There is a wooden application which runs around the whole car, 180-degrees. And if you’re in relaxed mode, for example in autonomous drive and you want to watch a movie, you will have a 180-degree theater and we do this by project-mapping. So there are laser projectors and the content, the quality, is like a display. This is definitely beyond the display, that’s the next step. So, there will be content visible if you want and if you don’t, there is a very nice wooden application.”

One of the long-promised benefits of electrification is a more practical use of interior space. After all, with fewer mechanical components intruding into the cabin, there’s more of a blank space for the designers to work with.

“You open the door, you expect the interior space of an A8, but it feels like three times bigger,” Lichte promises. “And it’s really impressive, because there is no dashboard. We want to create maximum interior space, that this car should become your second living space. We use warm materials or recycled materials. Warm colors, lots of natural materials. Really to create, next to your work and to your home, a kind of third living space.”

Still, this is a concept car, and so Lichte and the Artemis team have taken a few liberties. Those big, lounger-style reclining seats don’t leave any space for rear passengers, after all. Come the production version, things will be a touch more practical. 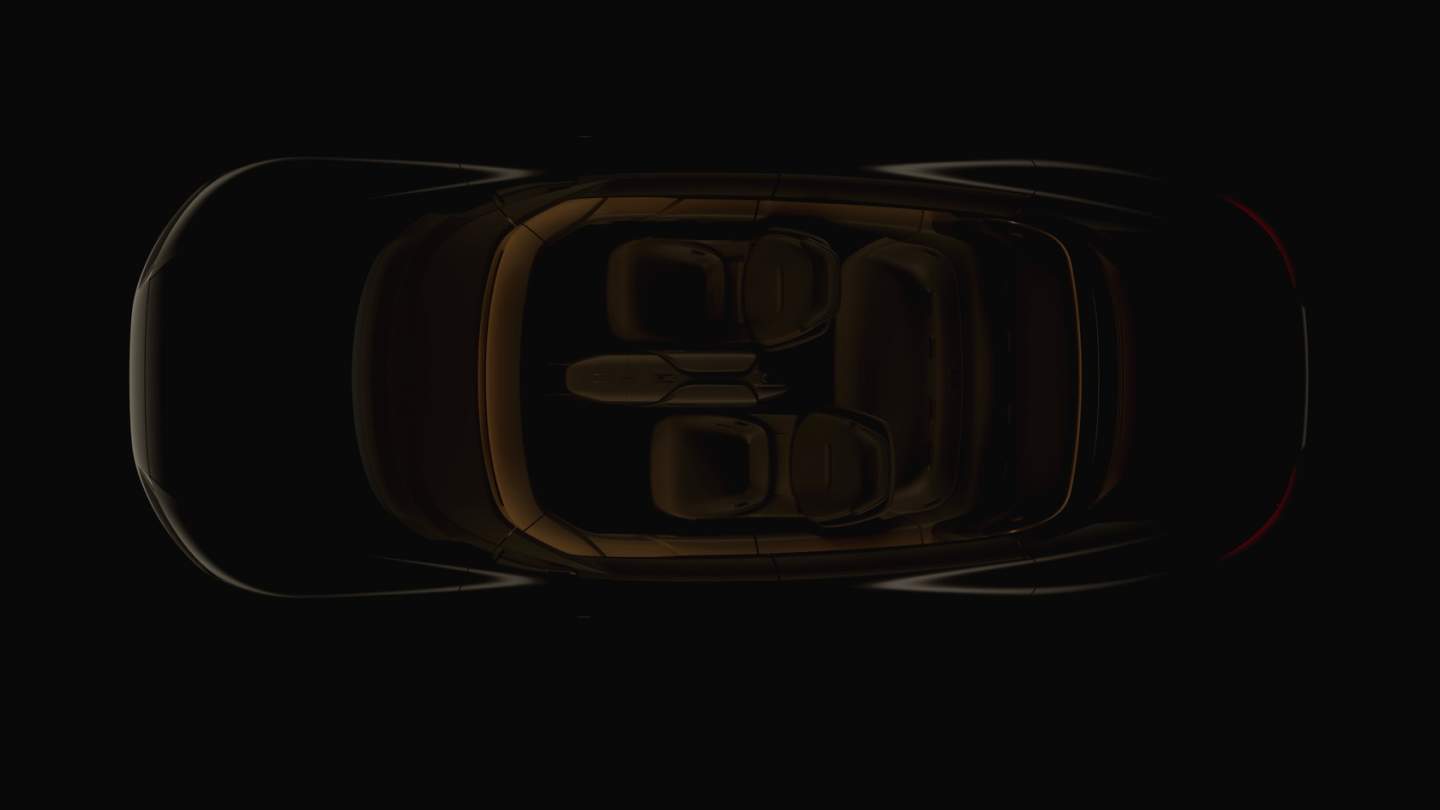 “In the show car it’s like a lounge; in the production version there will be two [rear] seats, yes,” Lichte concedes. “But these two super comfortable seats, which are almost chairs, you don’t have them in a second row, only in the first row. Because we want you want to visualize first class is in the first row. Which is the opposite of today’s A8, of course.”

Electrification and fancy recycled materials are today’s technology, even if they’re still in their relative infancy in the marketplace. Yet Audi is pinning Artemis’ production future on Level 4 autonomous driving being market-ready, something we’ve heard plenty of promises about from many manufacturers, but little in the way of actual launches. There are no Level 4 or 5 vehicles on sale today – cars where you can legitimately hand over driving duties to the computer – and even Lichte’s three and a half year promise seems wildly ambitious.

“Of course I have to say that this depends on the software,” the design chief admits. “You know there are thousands of people … working day and night on this. And they have to deliver, and they’ve promised us that they will deliver this technology in three years time. I believe in this, I believe in my colleagues who are developing the software.”

Those goals have met with hurdles in the past, mind. Audi originally planned to add Level 3 functionality to the current-generation A8, only to shelve that idea in the face of – among other things – wildly varying regulations between markets. Assuming they can bring Level 4 from promise to production, though, Lichte argues it’ll be the most transformative change in the history of the car.

Converting the driver to passenger status has other implications. Not least is the HMI, or human-machine interface: the way you interact with the vehicle’s systems. In that hands-on world which Artemis is hoping to move on from, that HMI is focused on a control that Level 4 autonomy makes irrelevant.

The result will be a mixture of a physical control with gesture recognition, using eye-tracking to better understand when you’re trying to interact with the vehicle specifically. Gesture control isn’t exactly new in luxury vehicle cabins, but so far it hasn’t exactly been an exact mechanism. The system Lichte describes is far more intuitive.

“On the driver’s side, we call this a personal concierge. It’s a detail which is in the center of the door, and there’s a combination between digital and physical,” he explains. “This round thing is a classical rotary knob, and now I compare this with a Rolex – you know, a very mechanical Rolex, which is still existing in the digital world. So we combined both. When you are driving mode you can operate with this rotary knob, for example, the temperature of the car, you can operate the seating position and many other things. But when you’re in autonomous, in a relaxed mode, and your backrest is 60-degrees backwards, you’re not able to touch the rotary knob. So the personal concierge is able, by eye tracking … if you [hand-turn] gesture.”

It’s not the only adjustment to take advantage of the reorganized cabin. “Today we have a gear shifter,” Lichte points out, “in the center console. We put the shifter close to the steering wheel, so there is a completely naked center console and we came up with the idea … this will become the bar, for soft drinks of course, the soft drink bar, because we’re talking about a premium vehicle.” 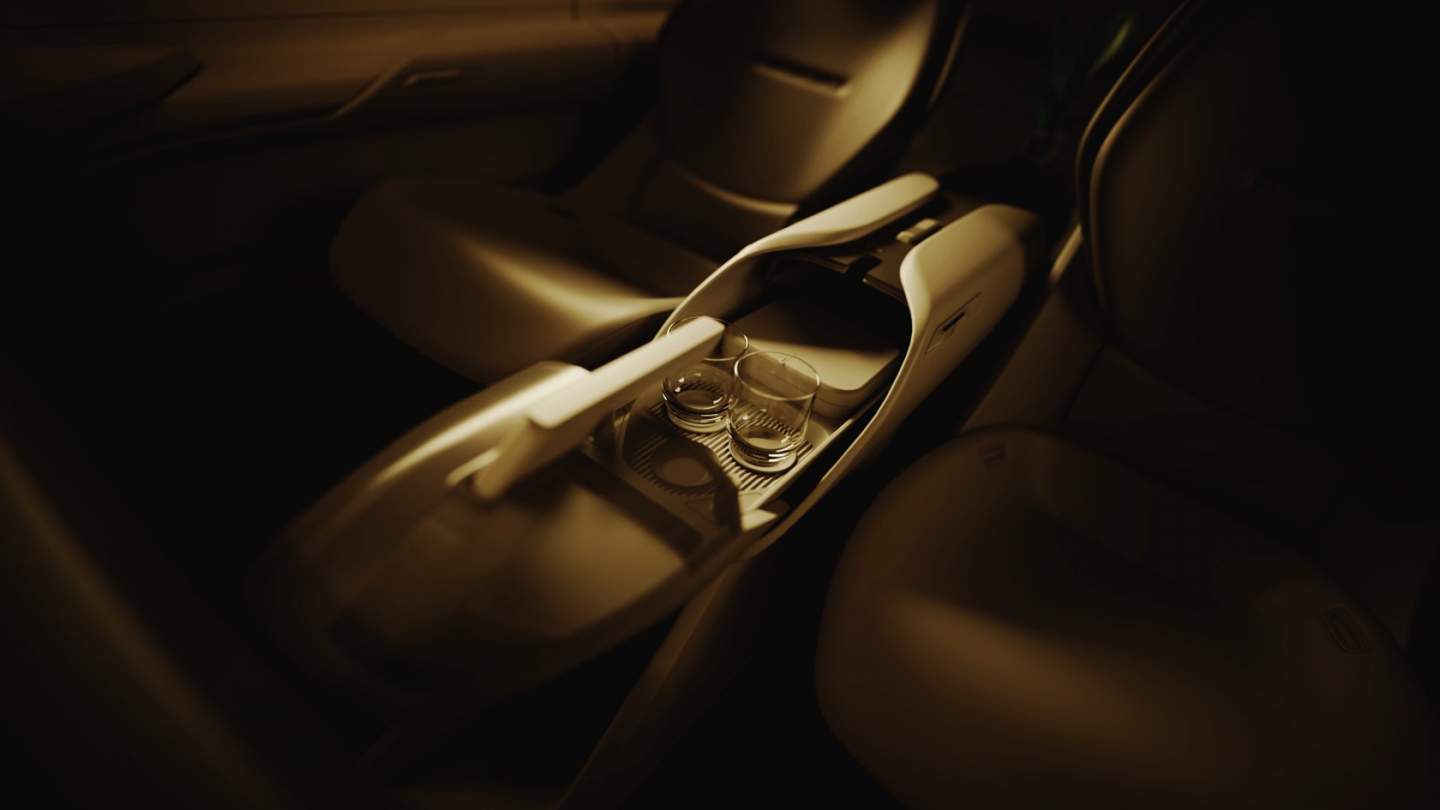 Audi isn’t alone in reimagining or attempting to, the world of luxury vehicles. By the time the production version of Artemis arrives, rivals like Mercedes’ all-electric EQS – effectively the BEV version of the S-Class which the A8 has long competed with – will have been on sale for some time. Lichte, though, is confident Artemis’ tech can overshadow the alternatives.

“In the EQS … there’s this impressive Hyperscreen,” he says of Mercedes’ dashboard-spanning stretch of screens. “It looks different to all the other vehicles. In this vehicle, we are one step ahead, because in a Hyperscreen it’s a huge surface which is cool, but it’s 2D … In this vehicle, we showcase what’s beyond the display, what’s beyond the Hyperscreen. There’s a huge wooden application. But, if you’re in a relaxed mode and you want to watch a movie, we project all the content by laser beam on the wooden surface. The quality, like a display, even by daytime light.”

Were it not for Lichte’s track record at Audi, I confess, I might question just how realistic all this actually is. It’s one thing to design a head-turning concept car to make a splash at an auto show. It’s quite another – not to mention infinitely harder – to take concept-level ideas and package them in a production vehicle.

Lichte, at least, knows that – and how outlandish some of the things he’s talking about in Artemis sound. “Honestly, this is not a joke, you will experience it in the show car, and in the production version,” the design head insists. “We are working on this, the car is downstairs in the studio, the production version is almost ready. You know, the design phase is two and a half, three years before production, so we are close to design freeze.”

It’s a promise with plenty of moving parts to consider: EV tech, the exponentially trickier world of autonomous driving, and the ever-tougher market for vehicles along with an evolving definition of just what luxury transportation means now. Artemis is certainly fascinating enough to grab attention today. The good news is that in automotive terms at least, there’s really not that long to wait before we see whether Audi can deliver on its ambitious goals.