Nokia’s quad-speaker X7 smartphone has leaked again, this time courtesy of Nokia-nemesis Eldar Murtazin. Promising a preview in good time, it doesn’t seem like Murtazin’s first impressions have been all that positive: “I do not like this device” he says of the AT&T branded X7.

Part of the problem seems to be the touchscreen, or at least how suited a touchscreen interface is to a device that’s ostensibly going to be positioned for gamers. It’s a reasonable stance, though as we’ve seen with some titles – such as racing games – a phone accelerometer can make for a decent input option rather than traditional hardware buttons.

Still, if the Symbian^3 X7 wants to take on other incoming gaming smartphones, such as the Sony Ericsson PlayStation Phone, it may struggle with its limited buttons. We’ll have to wait and see for more leaky feedback before we know for sure. 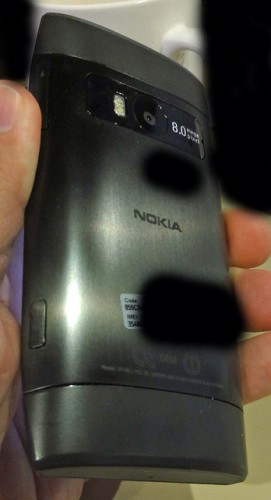