Both the FCC and the Oakland Police Department have made it clear to AT&T that their brand new radio system doesn’t play well with the carrier’s 2G cell towers, and that because of this they’ve got to shut them down. The Oakland Police Department recently spent a reported $18 million dollars on a radio system that now appears to be having trouble communicating with police and firefighting vehicles when they come within a quarter mile of AT&T’s 2G towers. Needless to say, there are at least two sides to this story as far as who is to blame for the interference.

AT&T was informed of the problem some time last week and has “partially” disabled 16 towers. Also needless to say, only a collection of the company’s oldest phones with mobile data will be affected – so says AT&T. Interestingly enough, the Oakland Police Department has reported failures in “hundreds of buildings” that they’re not sure are affected by AT&T’s towers at all. According to SFGate, “the night President Obama visited Oakland in July, police radios went down [throughout the city], although after the president had left town.” 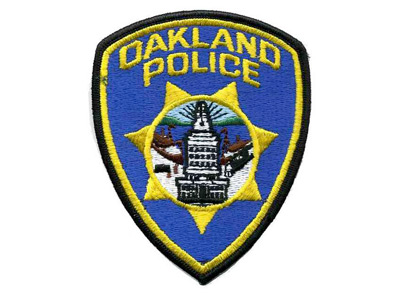 David Cruise, Oakland’s public safety systems adviser spoke up this week about the situation, saying that more cell towers besides AT&T’s may be to blame.

“Our investigation is continuing. This is not the end of it, for sure. There are plenty more issues we’re looking at. We’re working on plans to remove all of them.” – Cruise

Cruse added that a list of cell phone towers owned by various companies, particularly T-Mobile, would be under investigation as well. AT&T spokesperson John Britton added to the talks that they never meant to do any harm.

“AT&T would never do anything to jeopardize law enforcement. This spectrum has been out there since the 1990s. Thursday or Friday was the first time we were notified by Oakland. We reacted quickly.” – Britton

Have you been affected by the shutdown, Oalkand residents? Let us know in our comments section below!