After a bit of a delay, Atari VCS pre-orders went live earlier today. Atari chose to launch its pre-order campaign through Indiegogo, and though we initially had some reservations about the crowdfunding angle, it seems that the gaming public in general isn’t bothered by it. We’re just a few hours out from the Atari VCS launch on Indiegogo, and already the campaign has blown past its initial goal.

That isn’t exaggeration, either: Atari initially had a goal of raising $100,000 for the VCS, and at the time of this writing, the total amount pledged clocks in at an eye-watering $1.74 million. Though some questions about the console remain, gamers are clearly on board with Atari’s revival. 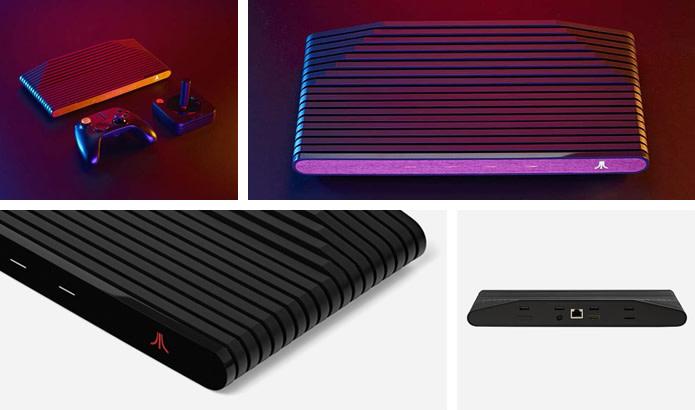 Atari is offering a few early bird specials through its Indiegogo campaign. The VCS on its own (meaning without a controller) is available for $199 until June 4, which is $100 off the list price. If, on the other hand, you want to pick up the VCS with a controller – which seems like it would be a given for most – you can nab one with the classic joystick for $229. A package that bundles the modern controller and classic joystick with an Onyx VCS, on the other hand, has a pre-order price $319.

The Indiegogo campaign also provides new details on the console, which up until now has been shrouded in mystery. In addition to providing a peek at early UI examples, the Indiegogo listing also features a full spec list for the VCS. We now know that the console will run Linux OS and will be powered by a Bristol Ridge A1 CPU. A Radeon R7 will provide the console’s graphics capabilities, and it’ll ship with 4GB of RAM and 32GB of storage, expandable through either external hard drives or SD cards.

We also know that that VCS will provide universal peripheral support through Bluetooth and USB, and anyone who buys one will be able to immediately access 100 classic arcade and 2600 games through the Atari Vault. New information on software partners creating games for the VCS was in short supply, but now that its crowdfunding campaign has become an instant success, we can probably expect new information soon.

Just like every other modern console, the Atari VCS will be able to connect to the internet, and in turn, you can use a number of apps on the device. Atari says it’ll also support voice commands, which you can use for navigation and “accessing your connected devices.”

All in all, the Atari VCS certainly sounds like a jack-of-all-trade console. More will become clear as we inch closer to its spring 2019 launch, but for now, you can head over to the VCS Indiegogo page for more – and to order one for yourself if you’ve decided to take a ride on this particular hype train.