Last year, ASUS revealed an idea that was both strange yet thought-provoking at the same time. The ASUS Precog took Lenovo’s dual-screen laptop idea to its logical next step by making both sides equal-sized touch-sensitive screens. That future might still be a year or so away but, in the meantime, ASUS is giving the crowd a foretaste of the future with the ZenBook Duo and ZenBook Pro Duo, the latter with two 4K screens top and bottom.

Like the Precog, ZenBook Duo takes a few existing concepts to their next level. On one side, you’ve got Apple’s MacBook Pro Touch Bar that offers a second row of dynamic virtual keys to display short pieces of information and controls. On the other side, you’ve got ASUS’ own ScreenPad that turns the traditional laptop touchpad into a small touch-sensitive second screen. 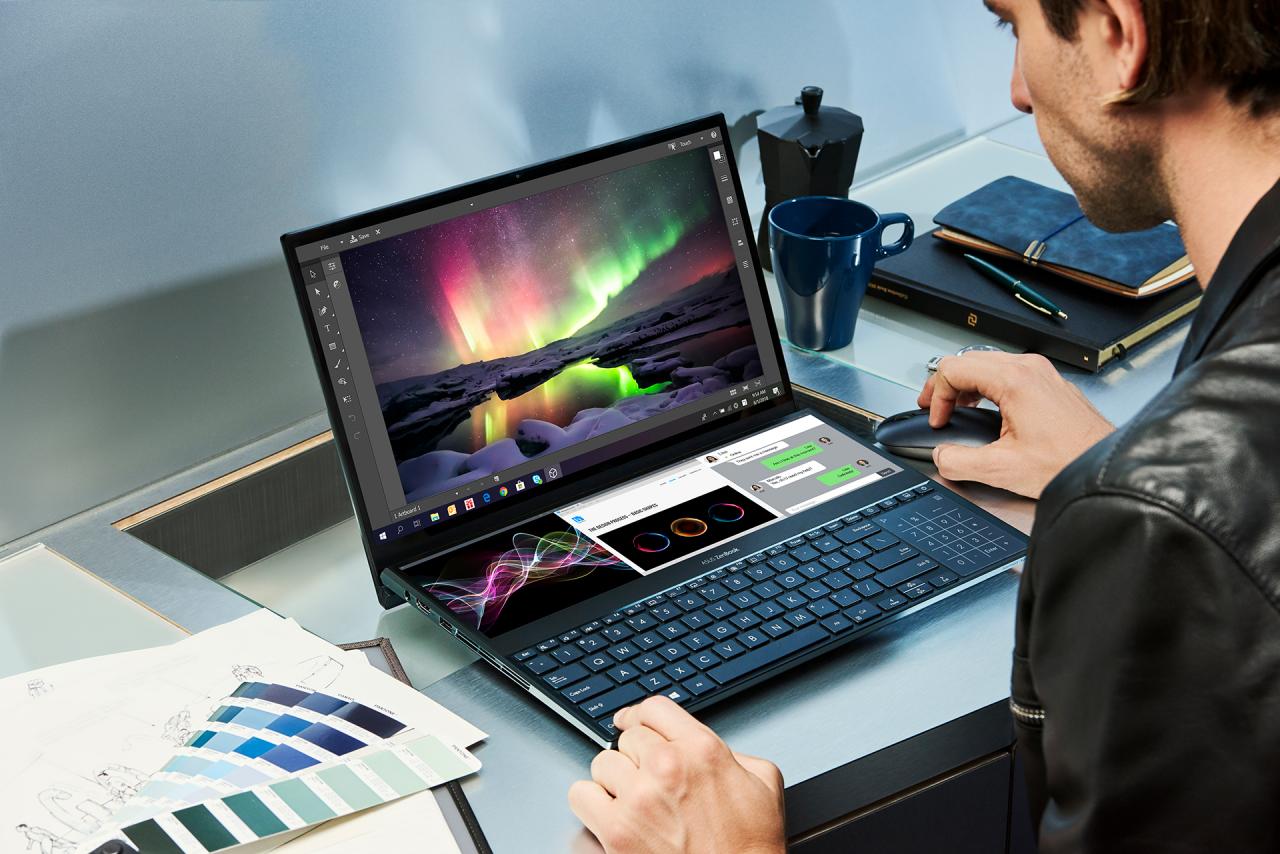 Unsurprisingly, ASUS calls this the ScreenPad Plus. It is basically a 32:9 4K IPS touch screen sitting above the keyboard and complementing the main 15-inch 16:9 4K OLED screen. The two can function as a single display if you don’t mind having a bezel breaking it up, or, more normally, the second screen can be used to house additional controls for managing the workspace or apps.

That second screen isn’t just a simple touch screen add-on though. Both screens are actually compatible with stylus input (most likely from Wacom) but the second screen is presented as a more ergonomic way to use that input method. This is especially important considering the ZenBook Pro Duo doesn’t seem to be able to fold backward into a tablet. 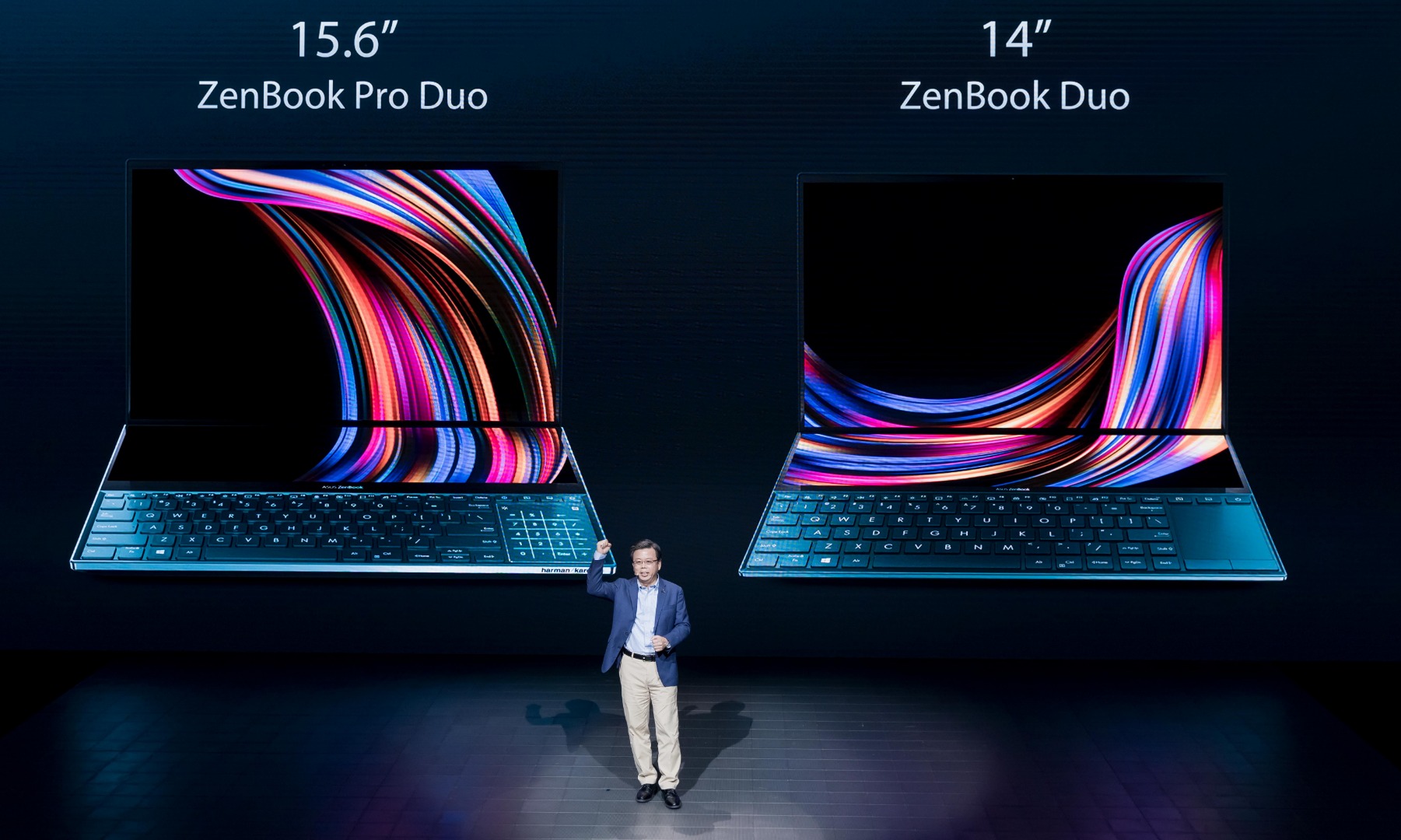 The ASUS ZenBook Pro Duo is also a beast of a laptop, with a Core i9 option at the very top, along with an NVIDIA RTX 2060 GPU. Given those specs and features, you can expect the ZenBook Pro Duo to cost a fortune when it launches next quarter. There’s also a non-Pro ZenBook Duo that downgrades the screens to 14-inch Full HD, the GPU to an NVIDIA MX250, and removes the Core i9 option. Starting prices for both have yet to be announced.